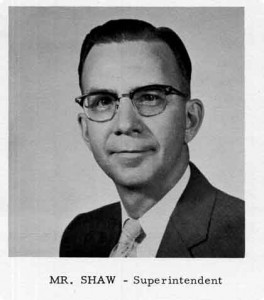 Mr. Shaw, a native South Dakotan, was in his heart, always a band teacher, building an expression greater than the sum of its parts. He was also a great school builder, applying the Great Depression’s hard lessons to post-World War II school expansion. Education was everything for Mr. Shaw.

He was a deeply conservative man but a strong, public education was, in Mr. Shaw’s mind, a community’s bedrock. I suspect that Mr. Shaw would’ve felt awkward and uncomfortable engaging the contemporary conservative movement’s insistence on gutting public school funding. He wasn’t a blow-hard big talker. He was a quiet, well-spoken leader.

Conservative public policy advocates are systematically undermining Mr. Shaw’s values and accomplishments, rejecting education’s centrality as the basis for broad Minnesota prosperity. They seek public systems that disproportionately direct resources to a select few, rather than to all. Under this model, some kids will experience transformative opportunity through their public education but most will not. These conservative activist policies are the antithesis of Mr. Shaw’s lifelong commitment to education.

By following the path that Mr. Shaw created in Walnut Grove, I’m extending his legacy. I share his strong faith in education, believing that communities prosper with well-educated people. It’s a lesson that’s alive and well, not just at Minnesota 2020, but across Minnesota.