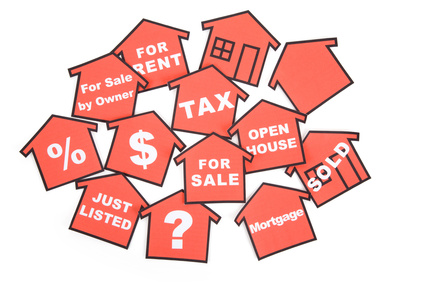 UPDATED 1/25/2011 – As light rail’s arrival in the Central Corridor nears, community organizations, individuals and stakeholders are brainstorming about how to preserve affordable housing along Washington and University Avenues. The Central Corridor LRT is the largest public works investment in the state’s history.  It will not only create a transportation connection but it is likely to spur development all along the line.  Many fear the light rail will bring a rising demand to live in the community, which will mean increased rents, home prices and property taxes for neighbors.

In 2008, the Central Corridor Affordable Housing Partnership (CCAHP) was formed to  identify strategies for promoting affordable housing.  CCAHP’s vision statement says it wants to ensure that lower-income, transit-dependent households will be able to live near the Central Corridor LRT line, and that residents of adjoining neighborhoods will not be displaced by rising housing costs and redevelopment.

Thompson said that part of the reason that the CCAHP was formed was that here had been no process or way to sort out issues of affordable housing along the Central Corridor. The Housing Preservation Project, along with the Community Stabilization Project invited all interested parties to meet on a monthly basis to identify promising strategies to ensure new units would be affordable and protect adjoining neighborhoods from the negative effects of gentrification. They identified strategies that could be implemented right now and another set of strategies that could be used in the future, based on changing economic conditions.

Right now, during the down economy, the best strategies include trying to figure out how the city of Saint Paul and nonprofit organizations can get control of land and existing apartment developments to preserve affordability and acquire sites for affordable housing, Thompson said.

While rent control is a goal of some of the members of the CCAHP, Thompson said that it wasn’t politically feasible at this time.  However, there are ways that some limitations can be imposed on rent.  One example would be to get properties in the hands of nonprofits dedicated to keeping them affordable.  Another possibility would be through an energy efficiency program, where funds for energy savings would be allotted with requirements to keep rents low.

Down the road, as the economy improves, the question will be how to ensure affordability as private development along central corridor becomes more attractive for developers.  One possibility would be to provide incentives for private investors to include some affordable housing in exchange for density bonuses, Thompson said.

For Metric Giles, the important thing is to focus on tenants and renters.  “Tenants are usually left out of the conversation,” he said.  “We need to bring renters to the table.”

One of the main issues that Giles foresees is that no matter how many units are set aside as affordable housing, it still would not match the need that exists in the community.  Currently, much of the housing along the line is “affordable” while at a market rate, but those market rates could skyrocket.

Nancy Homans said she’ll be talking about the city’s housing policies generally and about the Central Corridor, and the city’s strategies to secure land for affordable housing.  The city so far has secured two parcels of land for future development, and is in the process of acquiring others.  “Now is the time to grab them,” she said

There are different tools the city can use to work with neighborhoods, Homans said.  One tool is the use of land trusts, which hold down values of properties.  However, while land trusts may seem like an attractive option for one person, their neighbor may see it as a negative option.

“One person who lives on a block says hold down the values, while the other says my mortgage is under water,” she said.  “It’s not an easy question.  Communities need to struggle through these decisions … we can’t decide these things carte blanche.”