Photos and video by Sheila Regan.

Seven people were arrested at Rosemary Williams’ home on Friday as the police raided her home, using pepper spray, according to a press release from the Poor People’s Human Rights Campaign (PPHRC).

Rosemary Williams has been living on the same block near 32nd and Clinton for 55 years, but was foreclosed upon in March. Williams took GMAC to court, but lost, and after several failed negotiations, was ordered to leave by the Sheriff’s department, who boarded the house last month.  Hours after her house was boarded, Williams’ supporters broke back into the house, and she has been living there since.

On Friday afternoon, Williams said she had been preparing for her grandson’s birthday party when the police arrived. “They allowed me to get my stuff,”  Williams said.  “I was in there for another two or three hours.” 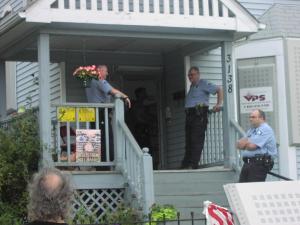 According to a post on TC Indy Media, three supporters of Williams were in the house when the police arrived at 2:45.

News of the cops’ arrival spread quickly.  “Arrests happening now at rosemarys” read one Twitter update from PeopleBailotMN, and “Go now”, read another.

TC Indy Media reported that activists crossed the yellow tape roping off the house and were “promptly assaulted by the police with kicks and pepper spray.”

After arresting seven people, the police watched over the house as GMAC contractors installed metal guards on all of the doors and windows to the house, according to MPD Deputy Chief Robert Allen.

“We’ve been planning this for a while,” said Allen. “We chose this day because we had crew available.”  He said that the timing for the raid had to do with scheduling with GMAC.  He also said “I wish it hadn’t been on her grandson’s birthday.  We had no idea about that.”

“They’re putting military guards on my house,” Williams said, “Metal all over my windows and doors… It’s really a struggle for the mortgage company- GMAC and Lehman Brothers.  They really don’t want me to go back into my home.  They want to make a political statement. 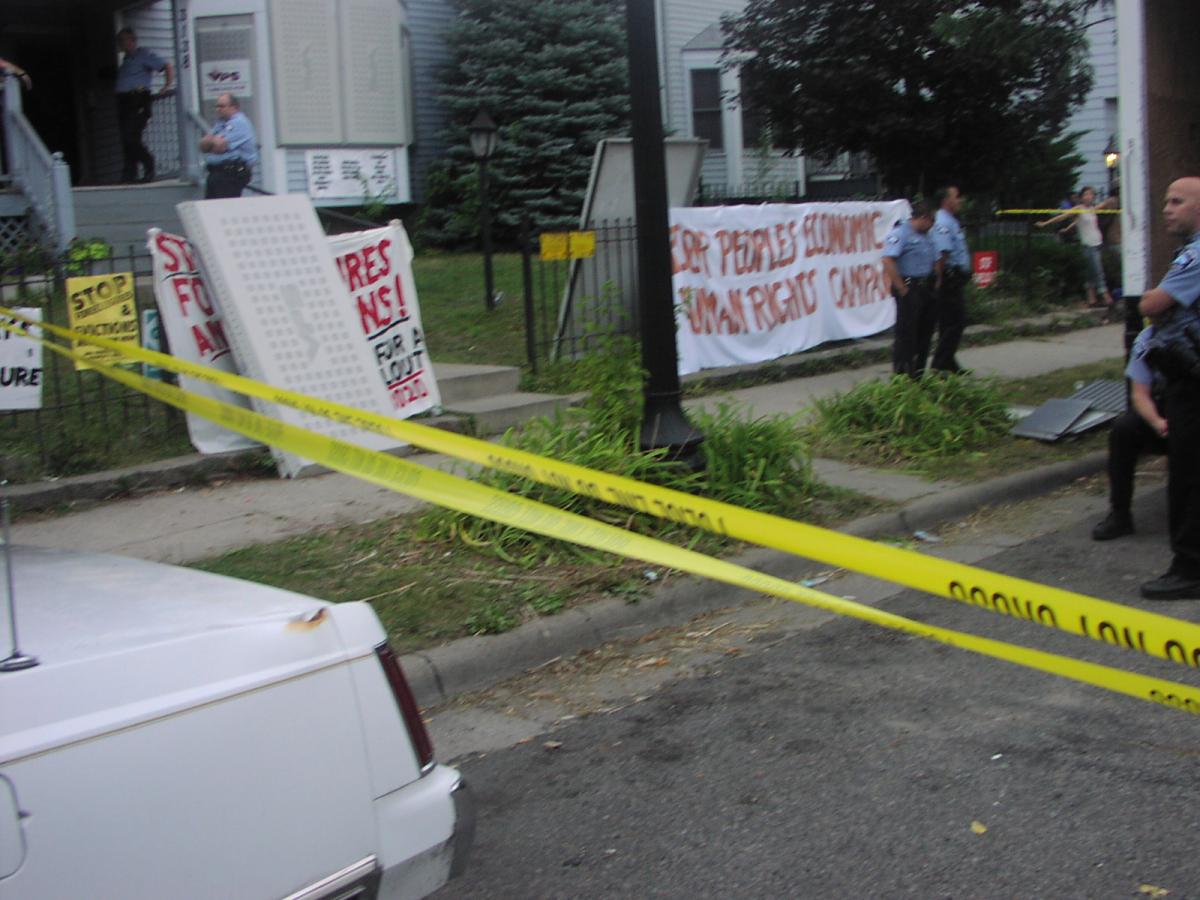 Allen said that while he sympathizes with Williams, “GMAC owns the property and they have a right to say who gets to be on the property.”

Police allowed Williams enough time to gather her things, and brought a housing advocate from the Salvation Army, which Williams refused, according to Allen.

Both the MN Coalition for a People’s Bailout and PPHRC plan to leaflet 7th Street and Hennepin Avenue today during Obama’s address at the Target Center.