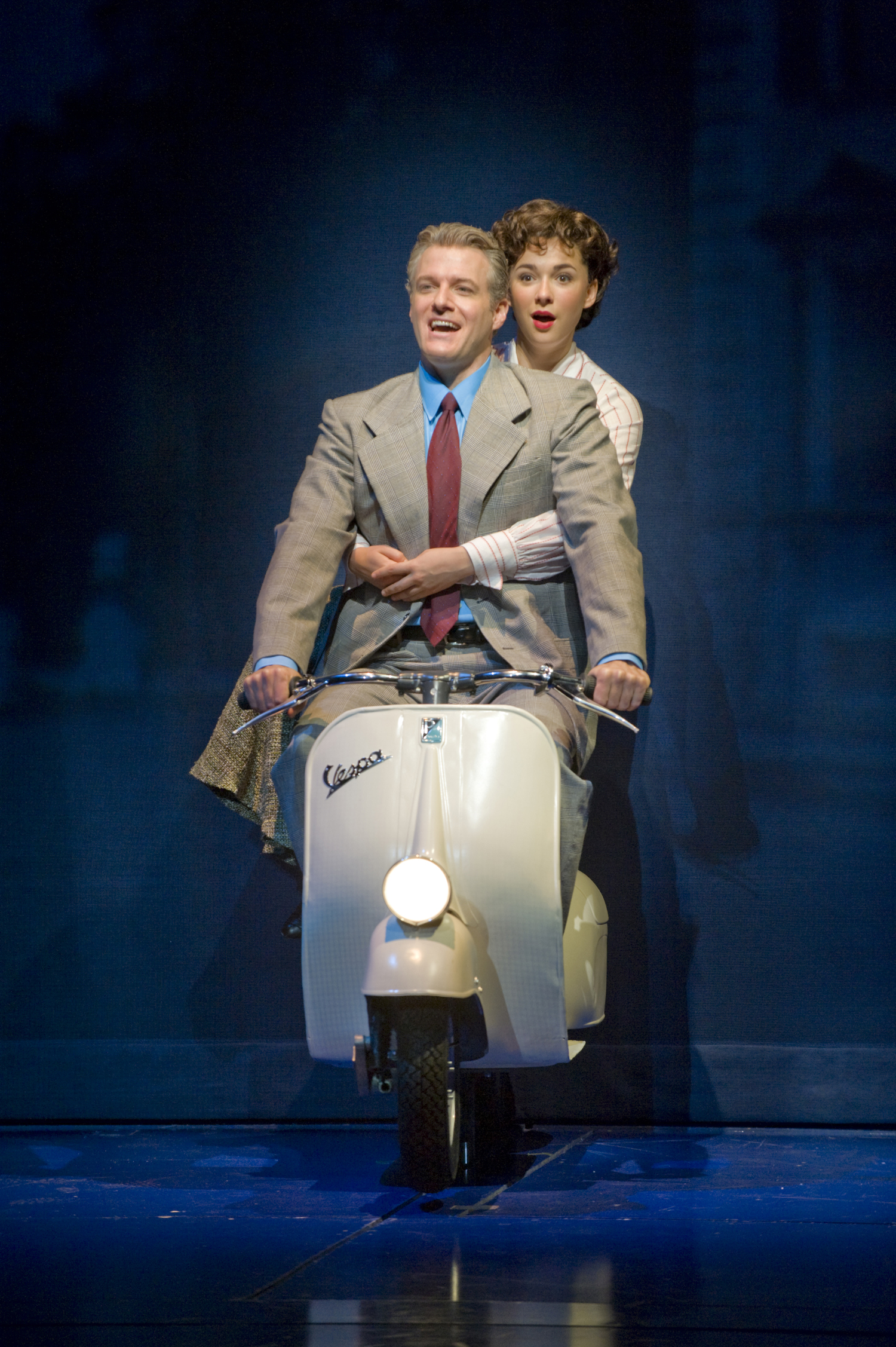 When in Rome, do as the Romans. When in Minneapolis, go to the Guthrie Theater, where the new musical Roman Holiday is as sweet as gelato on a hot summer’s day.

Based on the classic 1953 film starring Audrey Hepburn and Gregory Peck, the musical rendition directed by John Miller-Stephany incorporates the music of Cole Porter into a script by Paul Blake, with songs like “Easy to Love,” “Just One of Those Things,” and “Ev’ry Time We Say Goodbye.”

The show opens with ingénue Princess Ann, played convincingly by the charming Stephanie Rothenberg, who finds herself in the midst of a highly publicized, highly stressful European press tour. Overwhelmed by her royal duties and life in the limelight, she longs for the freedom and anonymity of a commoner.

Princess Ann’s distressed state and emotional female outbursts (recall: the original film was made in 1953) prompt her doctor to prescribe a sedative to help her sleep. Instead of following doctor’s orders and getting a good night’s sleep, the defiant young princess escapes the embassy. Suddenly free from the structure of her overscheduled and all too public life, the princess gleefully blends amongst the people, wandering the streets of Rome, taking in the nightlife.

Still under the spell of her doctor’s prescribed medication, she meets American newspaper reporter, Joe Bradley, played by the tall and dashing Edward Watts. The gentlemanly Bradley lends a helping hand to the damsel in distress, who is clearly under the power of a mind-altering substance, and kindly takes her to his place, where she safely drifts to sleep.

When she awakes the next morning, Bradley discovers the mystery woman who spent the night has a not-so-mysterious identity. Upon this realization, Bradley’s journalistic instincts kick in, and he devises a master plan for landing an exclusive story with the famous Princess Ann. They take off for a day of adventure, and under false pretenses begin to fall in love. As the bourgeoning couple tours the city, letting go of their daily obligations and true identities, they take in the sights, sounds, and tastes of the Eternal City. Complications arise when they are forced come to terms with their true identities, with both Rothenberg and Watts exhibiting quiet moments of tenderness in the otherwise jovial production.

Roman Holiday is a delight, with masterful set design by Todd Rosenthal and dance numbers intricately choreographed by Alex Sanchez, complete with a scene-stealing performance by Christina Baldwin as playing the vampy and sassy singer Francesca Scabulo. This vintage romp through Rome is finely tuned, and right on pitch.