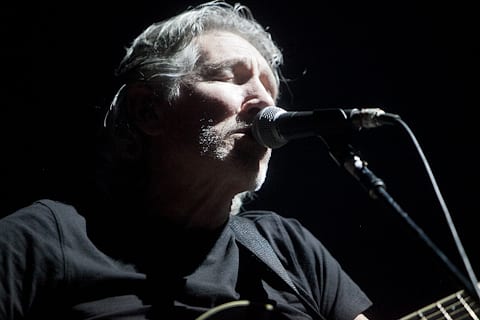 My first experience with Pink Floyd’s The Wall was also my first experience with marijuana. If that sounds all too perfect, that was precisely my friend’s idea when he shot a few big hits up a clear plastic bong the size of a horse’s leg and then left me alone in a bedroom with instructions to lie back and listen to the helicopters. The experience didn’t leave me particularly interested in cultivating a habit of either listening to Pink Floyd or smoking weed, though I’ve continued to occasionally dabble in each.

The 1979 album has risen considerably in status over the years—then-towering critic Robert Christgau called it “kitschy minimal maximalism,” but now Pitchfork’s Chris Ott regards The Wall as the single best album of the 1970s. Its associated live show has also grown, as though its trademark crossed-hammers pig were being inflated by the offgassings of succeeding generations of stoned acolytes. The original live show, an ambitious staging of the sprawling concept album somehow executed for the duration of a tour by the near-warring band members, actually lost money, but bassist and bandleader Roger Waters is now enjoying a very long, rich last laugh with an extremely profitable arena tour that on June 3 came for the second time to the Xcel Energy Center in St. Paul—though Waters once again issued a greeting to “Minneapolis” only. You’d think Waters, of all people, would know his Pig’s Eyes. (Read Kyle Matteson’s review, with photos by Mandy Dwyer, of the 2010 performance.)

The show is based on the original Pink Floyd tour, with a wall being slowly constructed over the course of the performance and then demolished at the end. Also still present are Gerald Scarfe’s remarkable animations and giant props including that big pig and a two-story schoolmaster puppet that’s taunted each night by a chorus of local kids. The inspiration for the album was largely personal—Waters drew on his troubled childhood and the lonely experience of being on the road with surly, strung-out bandmates in front of sometimes hostile audiences—but the political side of The Wall came to the fore when Waters and an all-star cast performed the album in 1990 to commemorate the fall of the Berlin Wall, and the current show includes constant references to war and repression from World War I to current-day Afghanistan and Iraq, all mushed together in a generic fuck-the-man stew. It all works best if you don’t think too hard about it and just let the inchoate cries of anguish wash over you—which, judging by the inevitable clouds of smoke rising into the arena rafters, plenty of St. Paul concertgoers were doing.

At 68, Waters still looks and sounds great, performing with a crack band including G.E. Smith—another legendary ham, though most of his guitar-face is hidden behind, you know, that giant wall. The Wall is now a period piece, but it was never built for anyone’s nostalgia, and the highest compliment I can pay to the album and the current show is that it belongs as much to 2012 as to 1979. The Wall seems destined to be built up and knocked down time and time again from here to eternity, which for Waters must feel at the same time triumphant and, in the way it always has been, utterly depressing. 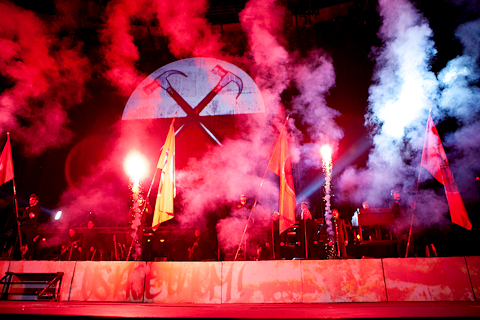 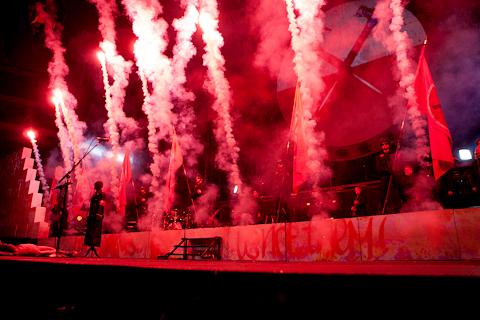 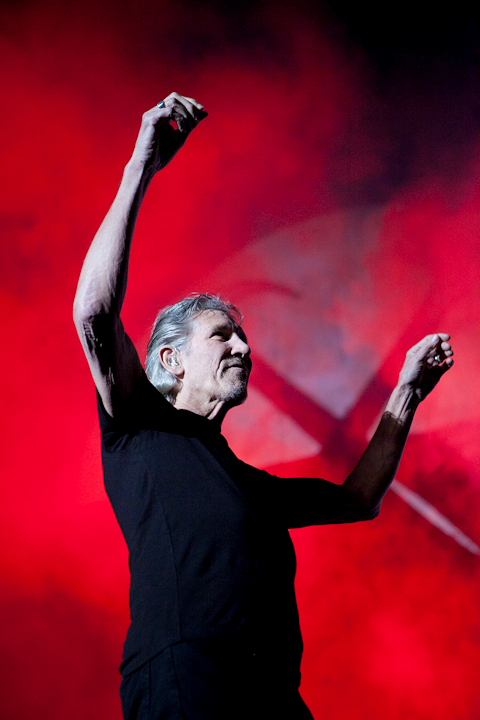 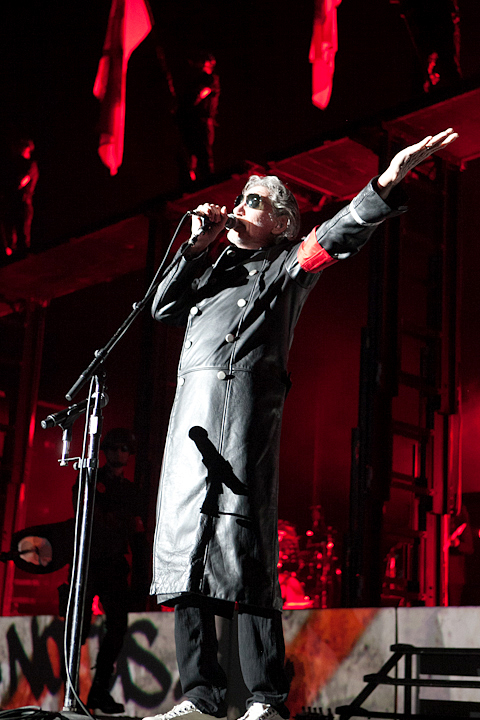 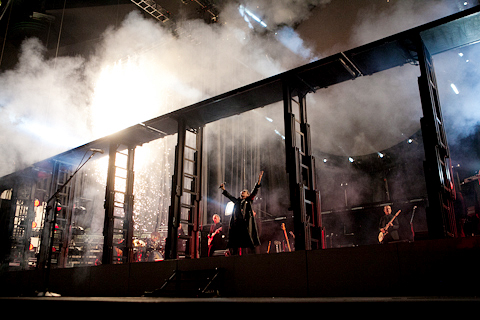 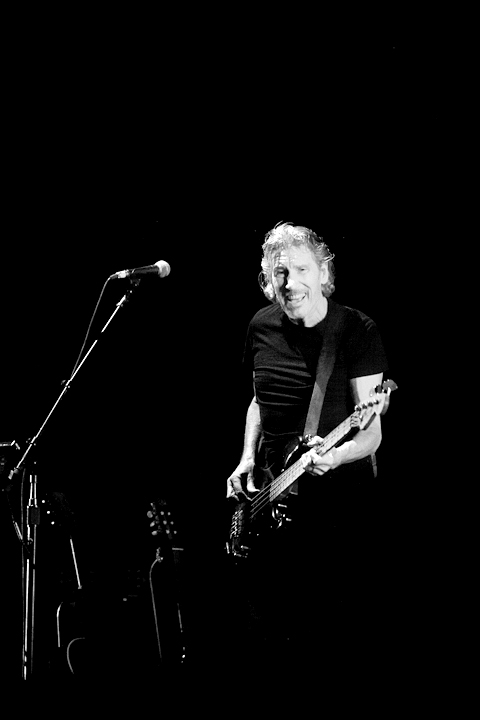 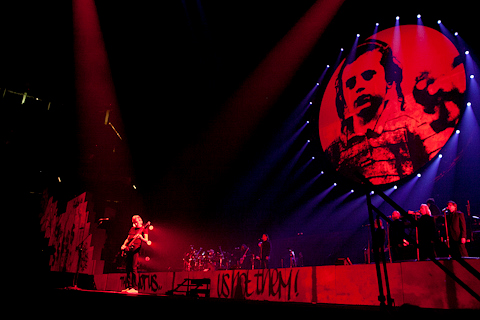 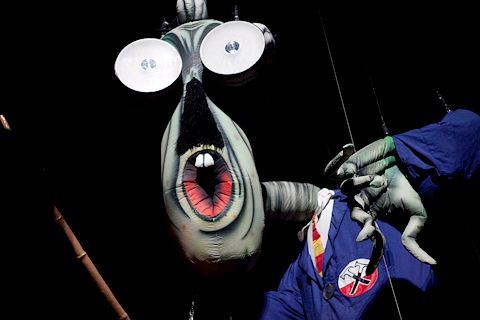 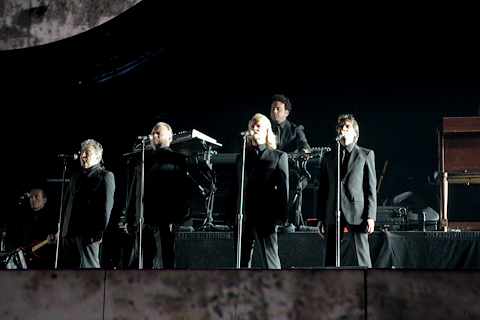 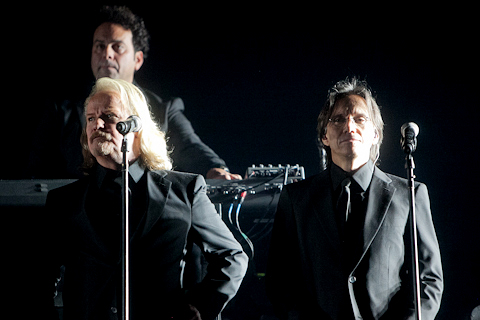 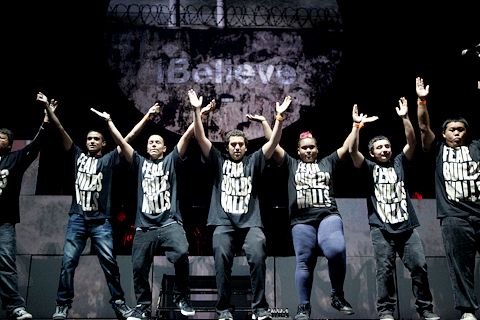 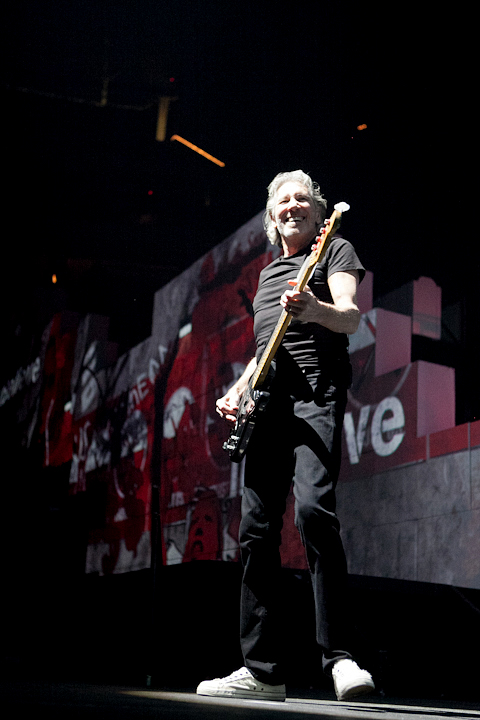 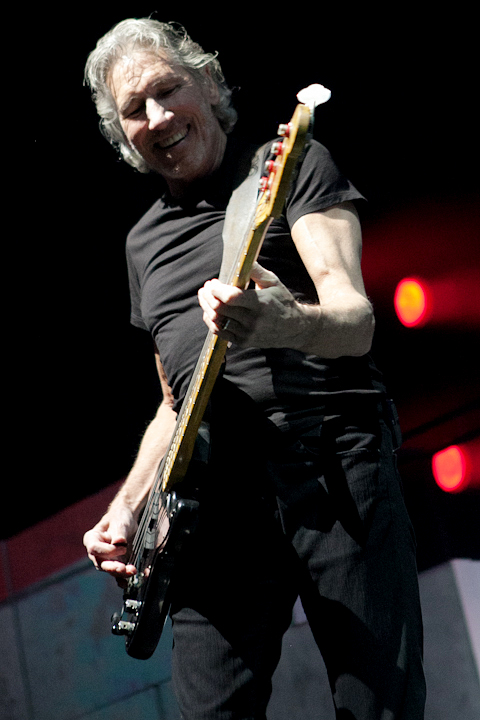 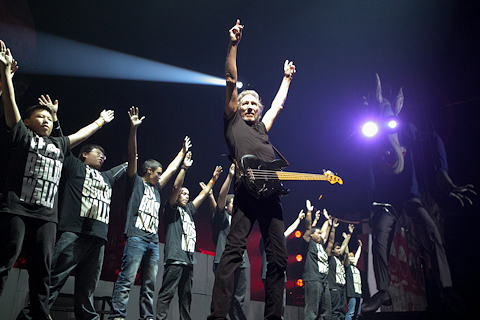 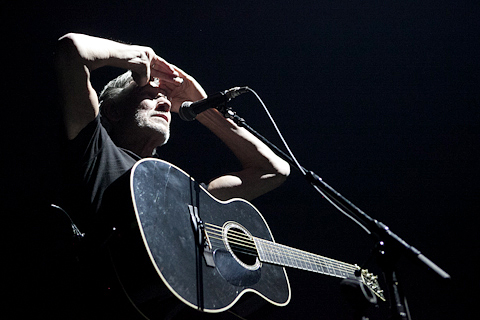 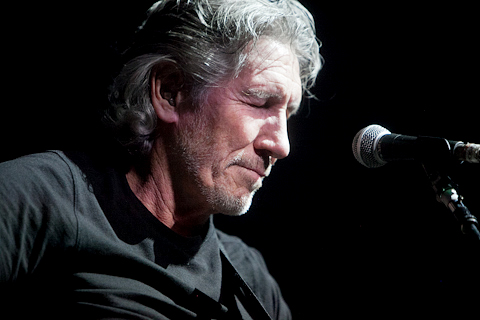 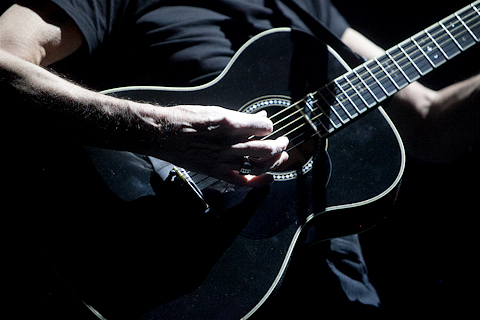 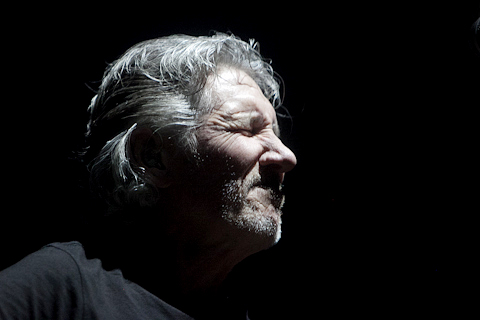 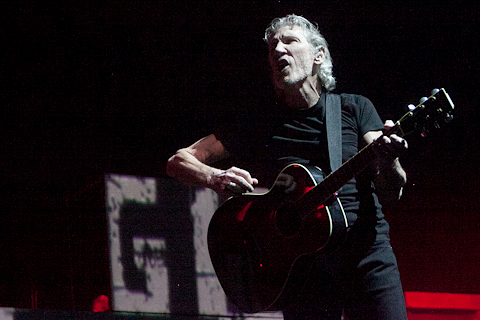 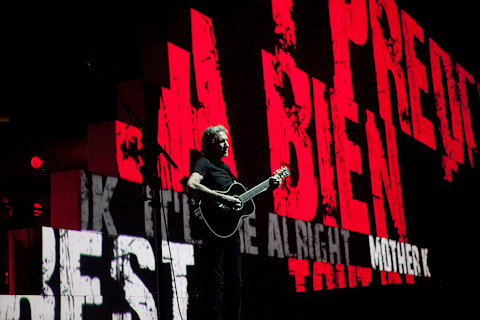 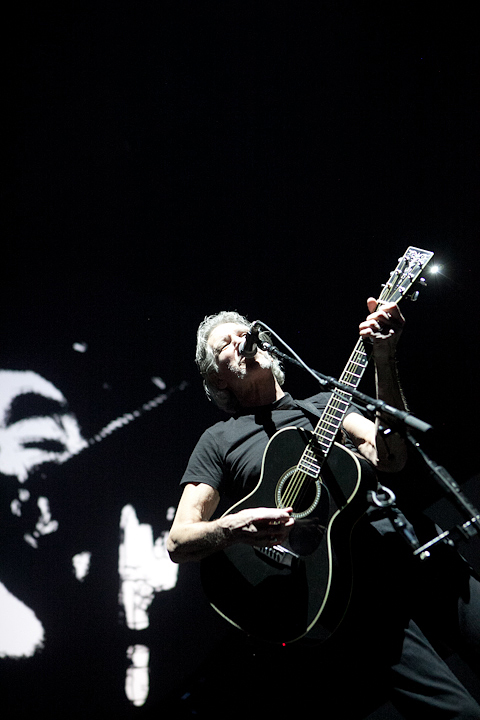 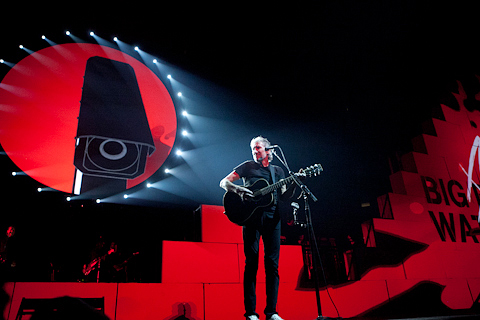 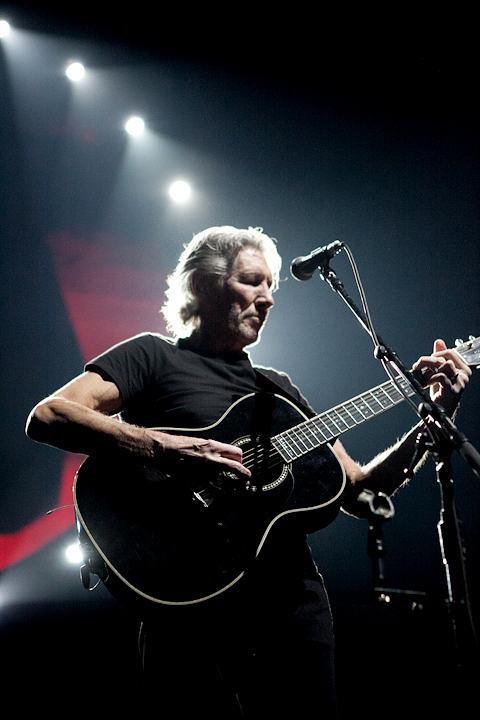 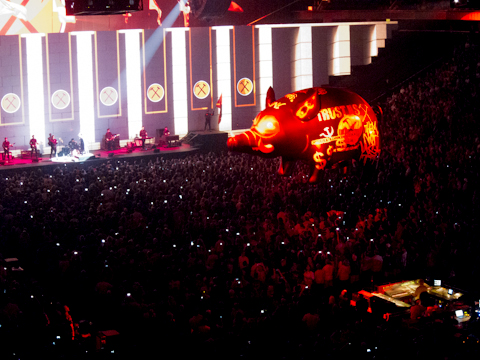 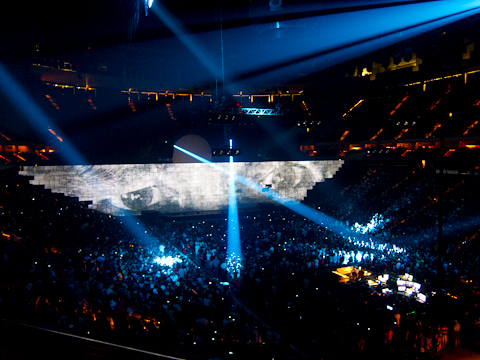 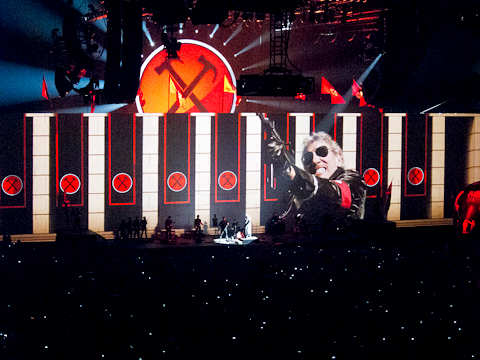