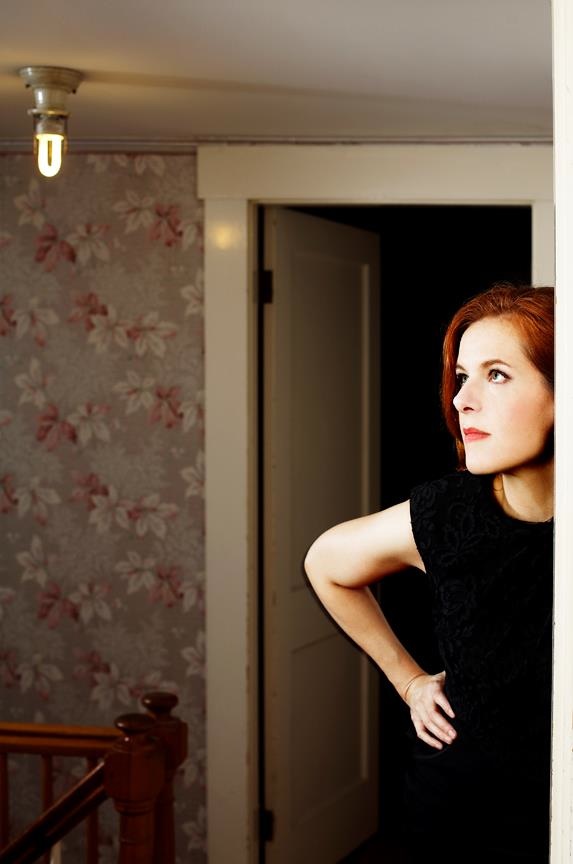 The Fitzgerald Theater in St. Paul held yet another sold out Wits production on Friday, May 10. Although this season of Wits (and every season, for that matter) boasts some fantastic lineups, it was hard to say which of its three guest the audience was more excited for this time: internet comedian Rob Delaney or noted solo artist Neko Case (also a big slice of the New Pornographers pie). While Delaney and Case were definitely considered the “big ticket items,” the addition of singer Kelly Hogan was a welcome one.

Comedic headliner Rob Delaney is known best for his knee-slapping Twitter handle, very sensibly named @robdelaney. He was a great choice for Minnesota public Radio’s Twitter-friendly show based on the fact that his jokes are just that: jokes. He doesn’t need five minutes of build up to the punchline or to use funny accents for the sake of a laugh. Very few of his jokes seemed to last more than 140 characters, which is a great comedy format if you want your short attention spanned audience to never fully recover from laughing.

The musical portion of the show was led by Neko Case who never fails to impress with her indie/country attitude and that sassy red hair which seemed to defy gravity. It’s easy to forget just how tremendously talented Case is because you often get lost in the catchiness of her music. But then all of sudden she jumps three octaves seamlessly, demonstrating vocals that we mere humans can only dream of.

Kelly Hogan is a veteran backup singer who recently released a solo album full of Loretta Lynn-y country tunes. Like Neko Case, her demeanor is soft, but her conviction  is clear. She performed a couple off of I Like To Keep Myself in Pain (2012) and wowed the room with her the heartiness of her vocals.

Always a show favorite, Pop Music Correspondence didn’t let us down. John Moe played a concerned customer who had been swindled into buying a clunker from a purple sequined used car salesman who made him question everything he knew about love and desire. This rendition of Prince’s “Little Red Corvette” was just about as sexy as MPR gets.

Another show highlight was the recurring “Winners of Suburban Poetry Slam” skit where diaper-changing dads, disgruntled Cheesecake Factory hostesses and passive aggressive soccer moms outed their feeling about conforming to their terribly oppressive lives. Honestly, the best parts of this joke were actually just the towns these poets were from. Rockstick, Virginia and Laketrees, New York have given my live new meaning as I can’t stop thinking of the suburbaniest city names possible.

The last musical number is always a joyous rendition of some crowd favorite or another and usually one that most people know a handful of the words to. This time was no different, buuuuut it was a little outside the realm of Wits’ go-to audience swaying singalong. Iron Maiden’s “Number of the Beast” started out as a slightly wary number with limited participation, but ended on a strong note with the entire century old theater screaming “SIX SIX SIX!” and musing about human sacrifices, evil hordes, etc. You know, the usual. Neko Case could not have been prouder. “That was so satanic! Good job!”

Hear this episode of Wits on MPR News, Saturday, May 18 at 8 PM and on 89.3 The Current, Sunday, May 19. To find out more about Wits and purchase tickets, visit witsradio.org