A year’s worth of construction at Riverside Plaza apartments has residents yearning for its completion.

The project, which began last February, is almost 75 percent complete. But tenants are upset with the living conditions it created, said Abdulkadir Warsame, executive director of the Riverside Plaza Tenant Association.

But the repairs of such a huge complex, which houses thousands, is a drawn-out process. Construction work has to be done in 20- to 30-day increments, as tenants have to be moved into temporary housing before the rooms can be renovated.

In the meantime, remaining residents are dealing with issues like construction noise and unaddressed maintenance issues.

“In America we are taught that the customer is king,” Warsame said. “Here these customers are being treated like they don’t matter.”

Sherman acknowledged there were issues created by the process.

“You have a couple things that are part of construction that makes life somewhat unbearable, and you have a couple things that are maintenance that add to it,” Sherman said. “I think we have to do a little better job on some of the maintenance, but once the construction can finish up here this summer, the livability of the project will go up dramatically.”

On Monday, the tenants’ association met with Sherman and city officials to voice their concerns. 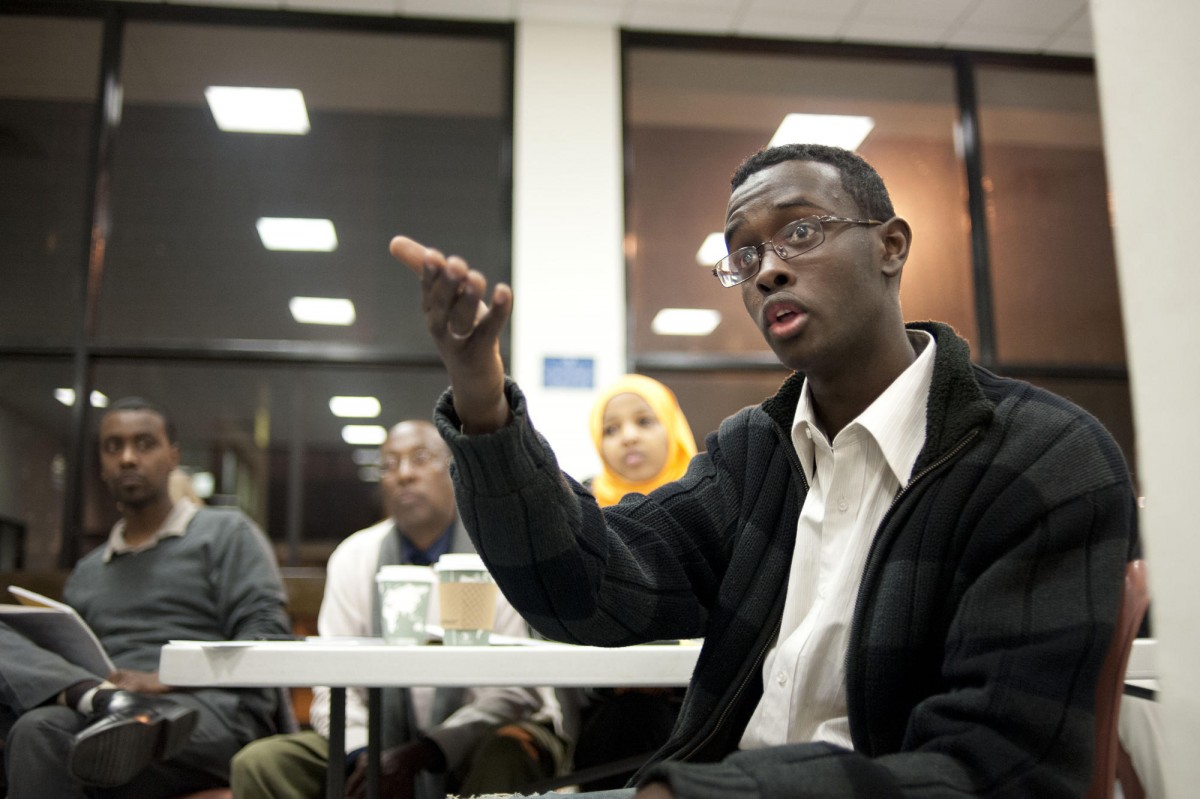 During the meeting, Warsame said he had difficulties communicating to management about problems. For example, the main door would not lock for four months, he said.

“It doesn’t matter if there’s an electronic issue — people are paying rent, they have children and families living there, and those doors are open, and it’s not safe for our community,” he said.

“If things are not being done, it’s your head on the table,” Jama said. “If we’re not being treated right, someone will not be elected.”

Gordon responded that residents need to notify the city if maintenance issues were not being addressed.

“There can be some health and safety standards that the city can flex their muscles about and can come in and say, ‘Wait a minute, you’re violating these codes,’” he said.

Matt Goldstein, a senior project coordinator for the city, said that if the building became uninhabitable, the city would not have the sheltering capacity or the rental market to accommodate the nearly 5,000 residents. It was that status that really helped the City Council support the renovation.

“I understand it’s not all roses, and that a renovation that’s occupied is extremely difficult for the residents,” Goldstein said. “From a contractor and labor perspective, this project is out-performing many other projects within the city.”

Sherman renewed his dedication to the residents.

“I don’t run away. I would agree that the problems are sometimes tough,” he said. “We’re working on it, and we’ll keep working on it.”