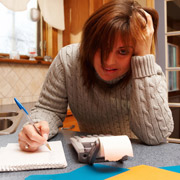 It costs a lot more to be poor these days, stretching from right here in Minnesota out to remote regions in developing countries.

Even though these rising prices may bring huge returns to some sectors of Minnesota’s farm economy in 2011, the price volatility should be seen as a threat to state and local governments and to all service providers.

What’s happening in world commodity markets will greatly impact people on fixed and low incomes, observes Mike Schultz, owner of Maplewood Bakery near the St. Paul-Maplewood boundary who has seen baking ingredient prices rise by about one-third since June.

He will soon be forced to raise prices, and should have already. Major food manufacturers such as General Mills, Kellogg, Sara Lee and ConAgra Foods have raised prices or reduced packaging sizes to account for higher costs. Livestock (meat) prices and those for dairy foods are increasing as supply and demand are getting back in balance, despite higher feed costs for farmers.

And all the while, getting to and from the grocery store is getting more expensive as gasoline prices climb above $3 a gallon and petroleum analysts warn they will go even higher.

While rising costs are squeezing Schultz’s bakery business, he recognizes these costs will spill over throughout the local and state economies.

All this poses a threat to state lawmakers, the new Dayton administration, city and county officials and school administrators who must cope with operating budgets that have run aground.

How bad it gets is hard to predict, or, in the commodities world, to forecast. But it shouldn’t sneak up on policy makers who, after the fact, might wish they had established responsible budgets with so-called “rainy day” reserves.

The U.S. Department of Agriculture is scheduled to release a world food stocks report today that will indicate current food supply and demand conditions. How markets react to the data is anybody’s guess.

But the USDA’s findings come after the United Nations Food and Agriculture Organization (FAO) has already documented that global food costs hit a record high in December, topping a previous peak reached in mid-2008.

The UN index charts global prices for 55 food commodities that include wheat for flour, corn, sugar, meats and oilseeds, such as soybeans. Corn prices jumped 52 percent in 2010, soybeans 34 percent and sugar by 19 percent.

Now, a legal tangle over use of bioengineered seeds raises questions about planting sugarbeets this coming spring. Sugar prices are currently among the fastest rising for food ingredients. And wheat prices in the U.S. are rapidly reaching the 50 percent increase rate already experienced in Europe.

For Maplewood baker Schultz, sugar prices have increased by about 80 percent since summer, baking flour has gone from about $8.25 for 50-pound bags to nearly $15 dollars, and shortenings have gone up about the same as flour.

The impact is greater elsewhere.

The Sunday Leader newspaper at Ratmalana, Sri Lanka, reported on Sunday that more than 2,000 bakeries have shut down in that country because of wheat flour prices. The government there is asking bakers to substitute rice flour for wheat flour and has banned the sale of wheat flour-based foods at schools, state hospital canteens and prisons.

This comes after extremes of drought and floods damaged crops in Russia, Ukraine, Pakistan and some parts of Western Europe during the past Northern Hemisphere growing season.

Just like weather, global markets are becoming more volatile. With such interconnectedness and interdependence, Minnesota 2020 has argued that the fate of the most remote farm in Minnesota is dependent on events occurring everywhere else on Earth.

The same can be said for the small, independent baker or food processor. And it definitely applies to household consumption, whether there is a steady and reliable income source or not.

One variable going forward that will affect all consumers is the value of the dollar. Since world commodities are traded using U.S. dollars, the impact of commodity prices on American consumers will depend on the strength or weakness of the dollar.

Despite warnings from some market observers that the dollar’s days are numbered, current market results show the old greenback hasn’t lost its “safe haven” reputation for world currency markets. Keep in mind that currency values are traded as a commodity on markets throughout the world.

In an end of the week report for the Minneapolis Grain Exchange on Friday, the CHS brokerage firm Country Hedging noted that the U.S. dollar index against other currencies strengthened that day while gold futures fell and oil prices also declined.

It’s a tough world out there. Just getting by for unemployed and other poor Minnesotans grows harder by the day. This is really unfair because a day always looks brighter after a croissant, a maple stick, or a slice of coffee cake or cinnamon raison bread from the local bakery.