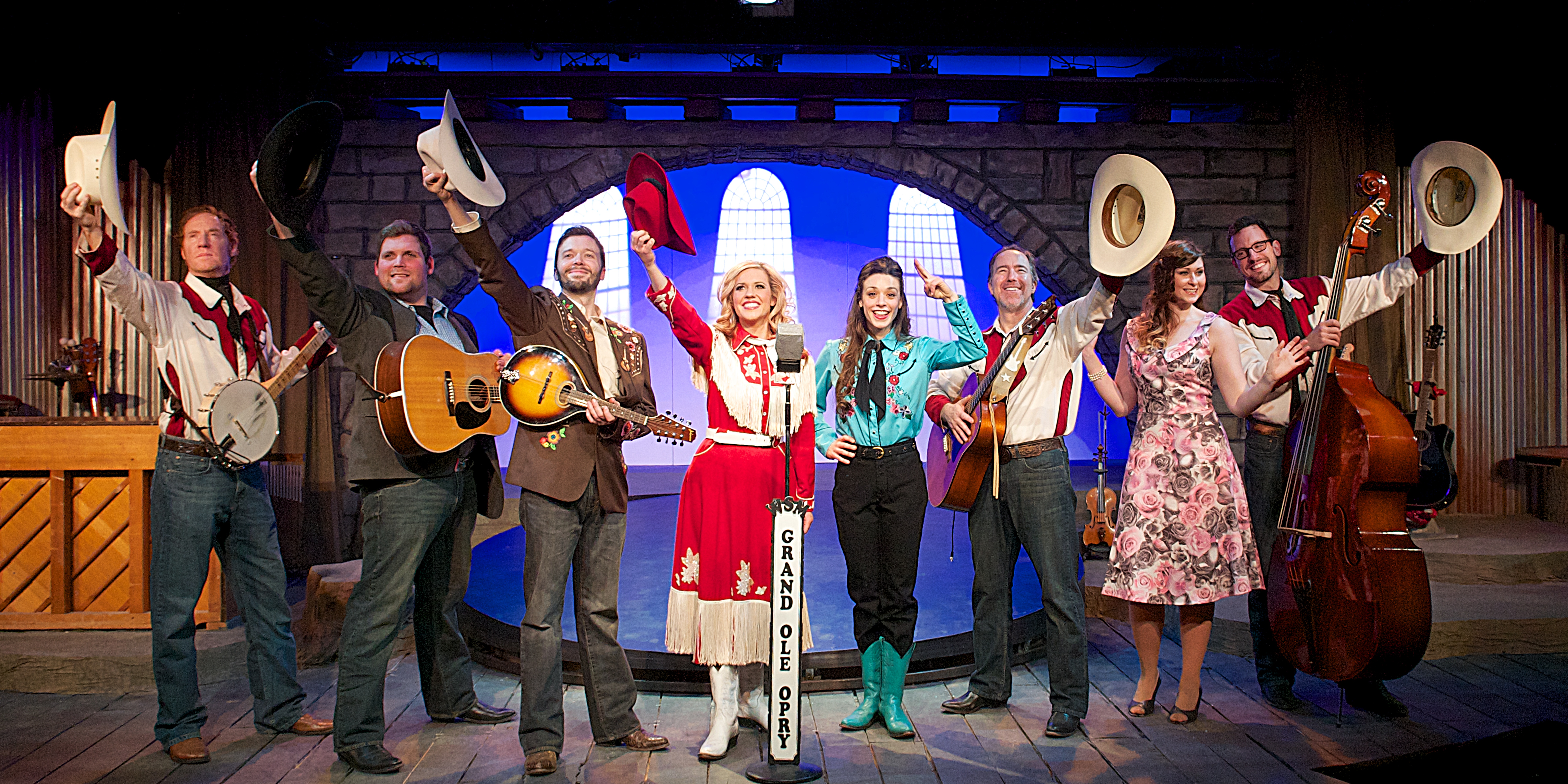 Ring of Fire is really more a concert than a play. An ensemble of eight musicians, Tim Drake, Steve Lasiter, Candice Lively, Brittany Parker, Amberly Rosen, Jason Uhlmann, Chad Willow and Chet Wollan, put on an amazing show of talent. They share the narration that gives the audience the backbone of Cash’s life while not attempting to dramatize the individuals. Each speaks the voice of Cash.

The real story of Johnny Cash is told in his music which is not presented chronologically in the show but instead categorically. Dividing the show into four parts–Boyhood Years, Opry and Fame, Dark Years, Redemption and Celebration–gives the audience the chance to see the influence that Cash’s life experiences played in the creation of his music. The majority of the songs were written by Cash or in collaboration with another writer.

I don’t write music reviews because I don‘t feel that I have the background in music to really appreciate the differences in performances. However, I can tell you that Ring of Fire is as entertaining a show as I have ever seen.

The eight musicians in the ensemble all move easily between instruments (sometimes switching mid-song) while singing the songs that tell the life of Johnny Cash. They play everything from guitar, drums, violin and bass to tin cups, washboard and spoons. In addition they are all talented singers and clearly have a very close connection as an ensemble. I am not going to single out any of these performers because they are all equally talented. However, any regular at Plymouth Playhouse will recognize Tim Drake as the pastor from all four of the Church Basement Ladies shows.  Who knew there was such an amazing musician and singer hiding behind that collar!

Curt Wollan is also the director of the show. The set design by Susan Holgersson, the costume design by Katrina Benedict, the choreography by Wendy Short Hays and the sound design by Mark Brodin all provide a backdrop to the music that really works. The show was conceived by William Meade and written by Richard Maltby, Jr. Meade presented his idea to Johnny Cash, and shortly before his death in 2003, Cash gave him the stage rights to the material.

There are many reasons to go see Ring of Fire which is playing until May 26 at Plymouth Playhouse. I was drawn by my love of Johnny Cash’s music. However anyone looking for a very entertaining two hours of great music should put this on their list of must-sees. I have it on my list of shows I would go see again.