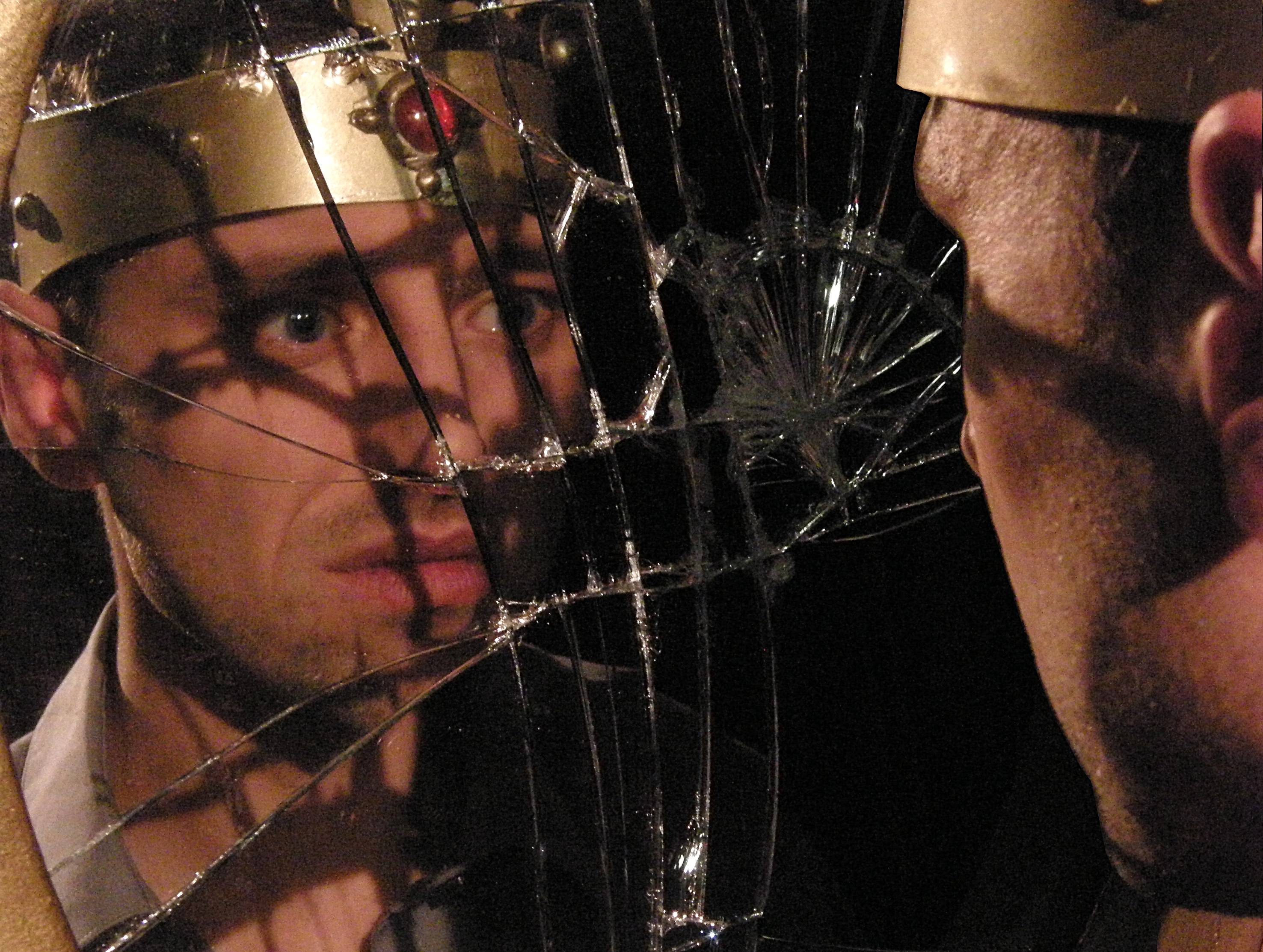 If anyone could make Shakespeare’s historical tragedy Richard II work, it would probably be the Classical Actors Ensemble. And oh my, they really, really tried. Unfortunately, I don’t think anyone can make Richard II work.

“Let us sit upon the ground and tell sad stories of the death of kings.”

Director Diane Mountford has assembled a cast of nearly 20 actors, many of whom have performed with Classical Actors Ensemble before, all of whom know their way around a classical text.  Many of the individual scenes and moments within them work quite well. But the evening as a whole doesn’t hang together. Surprised as I am to say this, I think it’s Shakespeare’s fault.

“He is come to open the purple testament of bleeding war.”

The text of Richard II is not without its high points. There are countless lyrical and pithy turns of phrase, moments of comedy as well as deep emotion. But the bulk of the script is mired in endless exposition about events and even characters who the audience never sees. It’s nearly all talk, no action. And action is how we get to know people, and figure out whose side we’re on. Now I know why we so rarely see a production of Richard II. It’s just a bad play.

The strange thing is, it has the potential to be a good play. It’s part of a larger stretch of the history plays, being immediately followed by Henry IV (parts 1 and 2) and Henry V. Richard II could have been a similar crowd-pleasing blockbuster, if only anything interesting was actually allowed to happen onstage rather than merely reported after the fact. All these actors strive to be the very best of storytellers. If only you turned this play inside out and allowed them to perform some of the actions they’re talking about, that could be a fun play to watch.

Richard II (Joseph Papke), unable to broker a peaceful solution to the dispute between Bolingbroke (Jason Rojas) and Mowbray (Randall J. Funk), decides instead to banish them both—the first temporarily, the other permanently. But Richard also has a war he wants to fight in Ireland, and for that he needs cash. When Bolingbroke’s father, John of Gaunt (Harry Baxter), conveniently passes away while Bolingbroke is in exile, Richard thinks this would be an ideal time to start seizing other people’s land and possessions to help enrich his war chest. That, and his raising of taxes, don’t go over so well. When Richard goes to Ireland to oversee war planning himself, the exiled Bolingbroke returns with his own army in tow. Guess who’s the new king in town?

“Eating the bitter bread of banishment.”

There’s miles more plot to go around, but Richard’s unraveling power is the primary story here. There are double, triple, and quadruple crosses aplenty. People just can’t stop themselves from challenging other people to duels, sometimes more than one at a time. The ongoing murder mystery of “Who REALLY killed the Duke of Gloucester?” might be more compelling if we knew who the heck the Duke of Gloucester was, or perhaps met him once or twice before his untimely offstage demise prior to the start of the play.

“My griefs, I still am king of those.”

People frequently bemoan the lack of good women’s roles in Shakespeare’s plays but Richard II has three of them. Not leads, mind you, but meaty and interesting supporting characters—among the most interesting in the play. There’s the long-suffering Duchess of Gloucester, widow of the unseen Duke (Danielle Siver); Queen Isabel (Abby DeSanto), wife of the ill-fated Richard II; and the Duchess of York (Karen Ellery), who wages a one-woman comedic battle to keep her son, the Duke of Aumerle (Topher Jordan), from getting himself killed for treasonous acts. This last bit of wackiness at least takes place onstage. Sadly, it takes place during the last half-hour of the play, long after it feels it’s already ended.

“Forget what I have been, remember what I must be now.”

The production style is simple but they still come up with some clever solutions to knotty problems. For instance, near the end of the play there is a parade of men who come to the king and present the heads of his many enemies and would-be assassins, all found out and executed. Rather than a collection of obviously fake heads on bloody stumps, the production opts instead to represent them as a handful of cloth, stained pink with blood and some vivid red streaks. The accumulation of these bloody cloths has a similar impact. Their simplicity also sets up in sharp relief the full-sized effigy brought in at the end, trussed up in black cloth and rope, looking to be the exact size of the actor it’s meant to represent. Touches like this help you realize these folks know what they’re doing. They can really put on a show. But oh, the show…

“Be he the fire, I’ll be the yielding water.”

The Classical Actors Ensemble doesn’t do traditional intermissions. They perform quirky acoustic renditions of a wide range of songs—from the Rolling Stones to Duke Ellington to Sting to the Proclaimers to Ben Folds to Woody Guthrie and more. The audience can stretch, get some refreshments, hit the restroom, sing along. I found myself longing for the next act break so I could get some more music, which is sort of like wishing your TV show would reach a break so you can watch the commercials because you find them more entertaining.

I have to give the Classical Actors Ensemble points for trying, but maybe we should start retiring certain Shakespeare plays to make room for other scripts that are better but just don’t have the advantage of having Shakespeare’s name attached. Keep Shakespeare’s heavy hitters, by all means. But all these actors would have been better served by being set loose on Henry V or either of the Henry IVs. Here, they’re just laboring in service of a script that isn’t worthy of their talents.