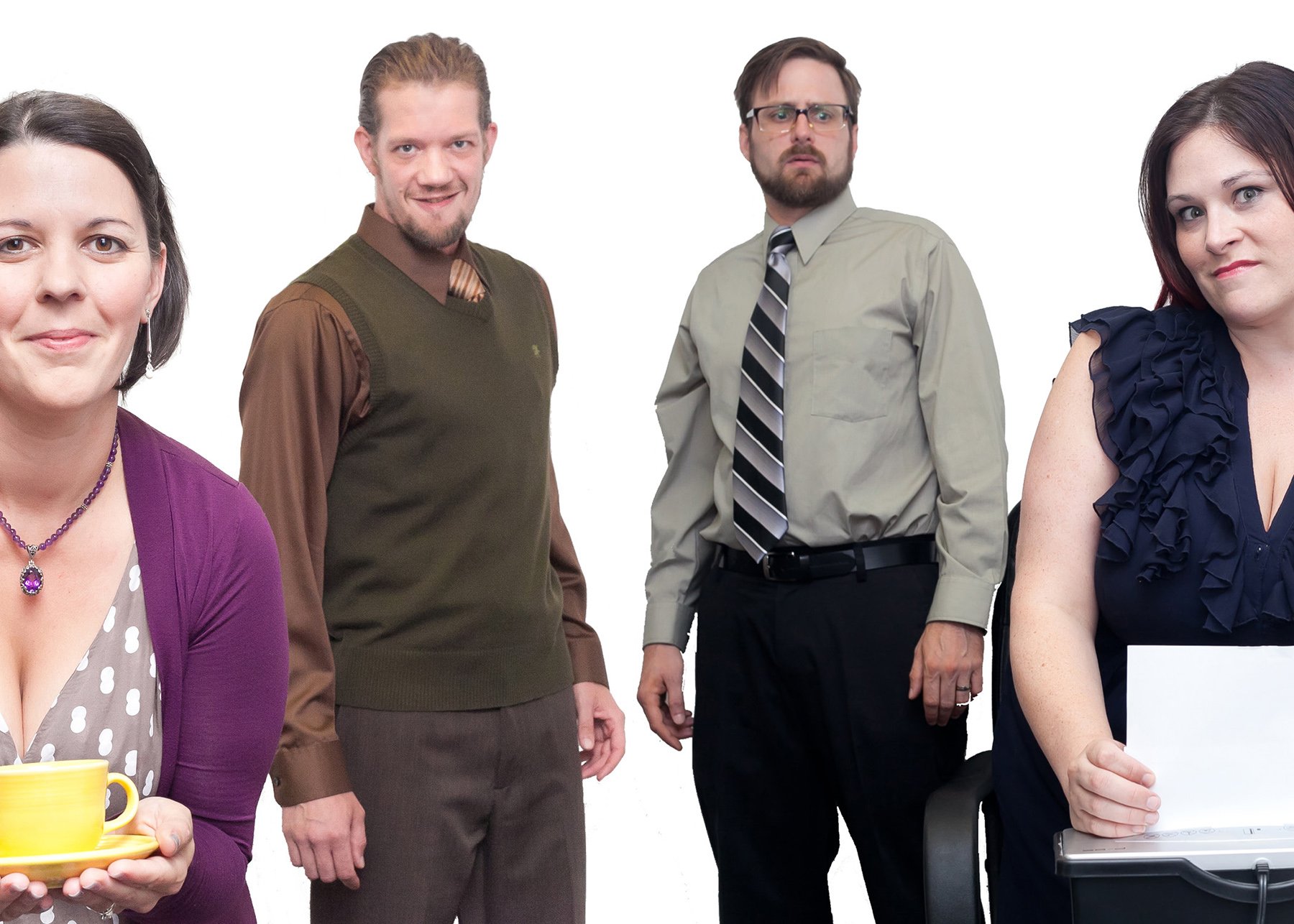 This will be a rare spoiler-free review because I honestly have no idea what happened in this play and couldn’t explain it simply even if I did. And that’s as it should be. Because it’s Harold Pinter. He loves being obtuse and screwing with your head. He can pack more dread and unsettling questions into a short play than almost any writer I know. It’s why actors and directors can’t get enough of the man’s plays. You can interpret and re-interpret and re-re-interpret the work almost any way you like and almost never be wrong, because the specifics refuse to be pinned down.

Fortune’s Fool Theatre knew that staging Pinter’s play A Slight Ache all by itself might be a bit much for an audience to just dive into, and it also might be just a little bit short all alone to fill an an evening. So they went looking for a companion piece and found a perfect little curtain raiser in Michael Ooms’ new short work In The White Room. Ooms’ directs this scene of his as well, putting hapless Steve (John Leaf) at the mercy of a commanding Clerk (Lacey Zeiler) who is charged with interviewing him for a potential job. Of course this isn’t what ends up happening at all because the Clerk’s way of processing reality is peculiarly her own, and very unlike the way that Steve (or we) would encounter life. Just trying to understand what the Clerk is really talking about is a comically confusing puzzle – as if she got a headstart on a conversation about five minutes before Steve and he is always hopelessly trying to catch up. All of this inspired goofiness sets the tone nicely for the Pinter to follow, which it does immediately.

“A woman will often succeed, you know, when a man must obviously fail.”

The Clerk has engaged the audience directly prior to the show beginning for a couple of comic bits, so when the scene concludes, she addresses the audience again, instructing them to turn their seats around. This is because the set for A Slight Ache is already in place behind us when we first arrive. Once the chairs are done turning, Ooms appears in person to play the role of Edward in Pinter’s play. Edward’s wife Flora (Ariel Leaf) appears soon after. The two are starting their day with the newspaper and some tea, but their morning quiet time is interrupted by the appearance of a wasp. They trap the wasp in a jar of marmalade but that is only the first of many unnerving incidents to befall them.

“Of course he’s harmless. How could he be other than harmless?”

There is matchseller standing at the end of their front walk, just outside the fence that bounds their yard (John Leaf again, this time under a coat and ski mask and hat, and ominously silent despite all entreaties to speak). Flora thinks nothing of the matchseller but Edward is rattled by his constant silent presence outside their home. Flora thinks the thing to do is invite the man in and engage him in neighborly conversation. That, of course, is when things get weird. Well, weirder, I suppose.

When Edward mentions that he’s working on an essay about Space and Time, that should probably be your first clue something, anything, strange could be about to happen. But you’ll have to make up your own mind as to what exactly that is. You can see it play out right in front of you and still not be entirely sure. That’s kind of the brilliance of it. If you polled the audience, you’d probably get a dozen different answers, and they might be entirely different than the choices the actors and director made in their rehearsal process just so they’d have their own shared logic of the situation they were creating onstage. Everybody’s right, everybody’s wrong. And if Pinter were still alive, he’d probably get no end of amusement in listening to everyone’s crackpot theories about what it all means.

A Slight Ache is sort of like an episode of The Twlight Zone, except without the neat and tidy ending that makes its point clear. Both In The White Room and A Slight Ache are unapologetically odd, yet strangely fascinating. For instance, I kept coming back to that wasp in the marmalade – the notion of how killing any living thing might make it that much easier to be cruel to one of my fellow human beings. Or how killing a wasp might open up a door in someone’s memory to thoughts of all a person’s past sins – things you thought you’d made your peace with, but which your conscience never quite lets you forget. Memories of war perhaps? If you asked the person sitting next to me, they’d turn to me and say, “What play were you watching? It’s not about that at all. It’s about fear of aging or fear of being abandoned or forgotten, or fear of a sudden change in your personal fortunes where you go from owning a home to being out on the street.”

“I wouldn’t snuggle you, and I snuggle easily.”

If you want to laugh, and then want to think, Fortune’s Fool’s two-shot of strange little plays In The White Room and A Slight Ache could be just the ticket. Even together their running time is still short enough that you can see the plays and have time left over in your evening to scratch your head and argue with your friends about what it all meant. Pinter, you wonderful jerk, thanks.