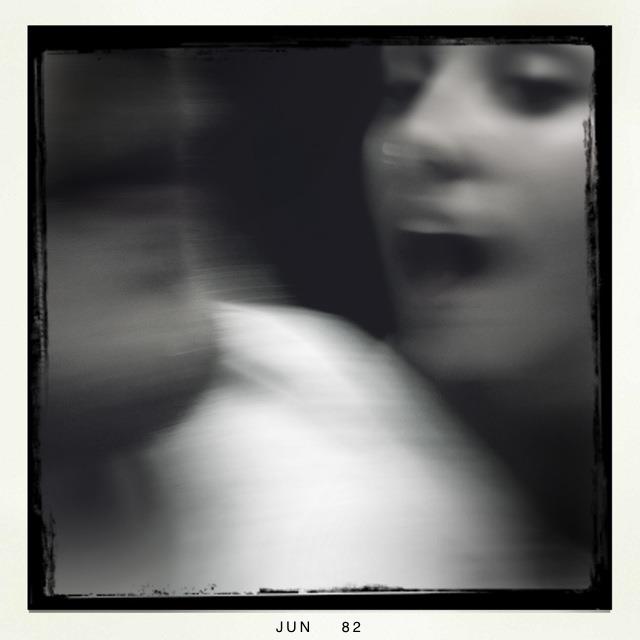 Nudity onstage is a weird thing.  It can be treated in a completely clinical manner, to the point where the body in front of you doesn’t even really seem human.  It is often treated as “shocking” – oh, aren’t we naughty, look at this shameful thing the human body with which we are confronting you.  Ever so rarely, nudity on stage seems, well, completely natural, even comfortable.  Yes, there’s a wee bit of nervous laughter or involuntary tension as the audience acclimates but after a while it ceases to be a big deal.  That’s the kind of nudity you get in Snowf**k, the latest theatrical offering from directors Samantha Johns and George McConnell and company who created the piece.  That company includes Emma Barber, Haley Houck, Tom Lloyd, Bill Mullaney, and Erkki Paunonen.  Nudity isn’t the only thing Snowf**k has going for it, but it is a (you’ll pardon the expression) large part of the experience.  The overall message here seems to be “The human body is great.  Look at all the fun things you can do with it.”

Snowf**k doesn’t have a plot, per se.  (Or even that much dialogue.)  Things happen, it all does add up to something, but it’s more a feeling than a logical beginning, middle and end you could explain simply to someone in a sentence or two.  Snowf**k doesn’t really have characters.  (Normally, all this kind of stuff is just as likely to drive me crazy as not.  Here, I didn’t sweat it.)  The actors all refer to one another by their given names.  Just like most people, or characters, these stage personas aren’t all one thing or another.  They can be bubbly, or threatening.  They can be sexy, or goofy.  Playful pushing or grabbing can turn into shoving and a rolling around on the floor fight.

Something like this can become hopelessly pretentious if you’re not careful.  Snowf**k nimbly avoids this trap again, and again, and again, all the while pushing the very limits of what an audience is willing to sit still and watch.  If you said to me, “Two actors will sit at a table, make a couple of bowls of instant oatmeal, and eat it,” my initial response would not be “Why that sounds fascinating, where can I get a ticket?”  And yet, that’s exactly what Emma and Billy do at one point in the production.  Does it help that Emma and Billy aren’t hard to look at? Of course.  But it wouldn’t be enough.  Does it also help that Tom wanders in, digs out and lights a cigarette, and stands over them, silently channeling the disdainful spirit of Bette Davis as he poses and smokes, occasionally depositing his cigarette ash in his friends’ cereal bowls?  Sure.

And that’s another of the chief virtues of Snowf**k – its continued unpredictability.  You just don’t know what’s going to happen next.  Which creates a weird sort of suspense that keeps you leaning forward, watching intently. Whatever you guess is going to happen next, you’ll be wrong.  Snowf**k has its own peculiar logic.  It makes sense on its own terms.  There’s just no guessing what those terms are going to be in advance.  Most of the time they respect the fourth wall between performer and audience, but that’s not absolute.  During one sequence, each member of the ensemble steps forward, picks up a microphone off the floor, and addresses an audience member directly, expounding on the theme of what “F**king me is like…”  And it’s not just their friends in the audience they do this to.  They’re just as likely to walk up to a stranger in the crowd and say, “Hi.  What’s your name?  Aaron.  Well, Aaron, f**king me is like…” and on they go.

Though it is riddled with potentially risque subject matter, Snowf**k is nonetheless a safe place to play.  Early on, there are all kinds of antics with a big slab of ice held against any number of body parts by fellow cast members.  But they always ask first.
“Haley, may I place this block of ice against your breasts?”
“Yes, you may.”
“Thank you.”
“Hey, can we watch?”
“Yes.”
“Thank you.”
“Tom, would you hold this block of ice in your mouth and hold it against my butt?”
“Sure.”
“Thank you.”
Everyone is smiling quite genuinely.  Everyone is very friendly.  And not in a creepy, fake Stepford Wife kind of way.  They’re all just having fun playing together, refusing to sexualize something just because there’s more skin exposed than you could lawfully get away with outside a theater space.  And it’s a clever strategy, because when they ask and get permission to watch each other, by extension, they’re giving that same permission to the audience.  We all get to relax and just be there.  They’re comfortable in their own skin, and even though we get to see quite literally all of it, often, the audience is comfortable with the actors’ skin, too.

And there’s the snow.  In June.  “It’s just styrofoam,” laments Tom.  But they treat it like snow.  They shovel it and pile it and shape it and blow it around and throw it in the air.  It clings to their bodies and their clothes and their hair. There are tiny blizzards that erupt periodically when the physical activity gets ratcheted up a notch.  Even though it’s warm in the non-air conditioned performance space, it’s still a little touch of winter.  It helps that the production has a big container of ice waiting at the top of the stairs in the waiting area, and that our tickets are styrofoam cups.  Load up your cup with ice, suck on an ice cube, or just stick a couple of fingers in your ice cup to send your body a little cold signal.  Dress in shorts and a T-shirt and the atmosphere isn’t at all oppressive.  The real heat here is on stage.

I haven’t said much about the individual actors mostly because they really do work here as a unit.  It’s true ensemble work.  Each has their own look and personality to be sure, but it isn’t one person’s story.  For all the talk I’ve made of skin and sexuality, this isn’t a production where there’s a central couple or jealousy or winners and losers.  Everyone gets to kiss and touch everybody else before everything is said and done (and yes that includes gals with gals and guys with guys  As with so much in this production, they encourage you to watch and enjoy and just get over it).

Often for me, those scrappy little hole in the wall theater productions are worth the extra effort to seek out and experience.  Snowf**k definitely falls in that category.  If you’re a fan of the human body, and human affection (and really, you should be), then Snowf**k is the show for you.  It feels like the Minnesota Fringe Festival started a little early this year, in the best sort of way.  See this.  It’s probably going to end up on my short list of things I enjoyed most in 2012.  I’m quite sorry now that I missed their previous outings, The Thing and even if we never look forward.  I won’t make that mistake again.

Limited seating for this one (only 40-60 people), at 1211 Washington Avenue South in Minneapolis.  No reservations, just $10 cash or check at the door.  They were full for last night’s opening, so I’d get there a little early to make sure you snag a spot.  Performances are this weekend only, 8pm on Friday, June 29 (tonight) and 8pm and 11pm on Saturday, June 30.