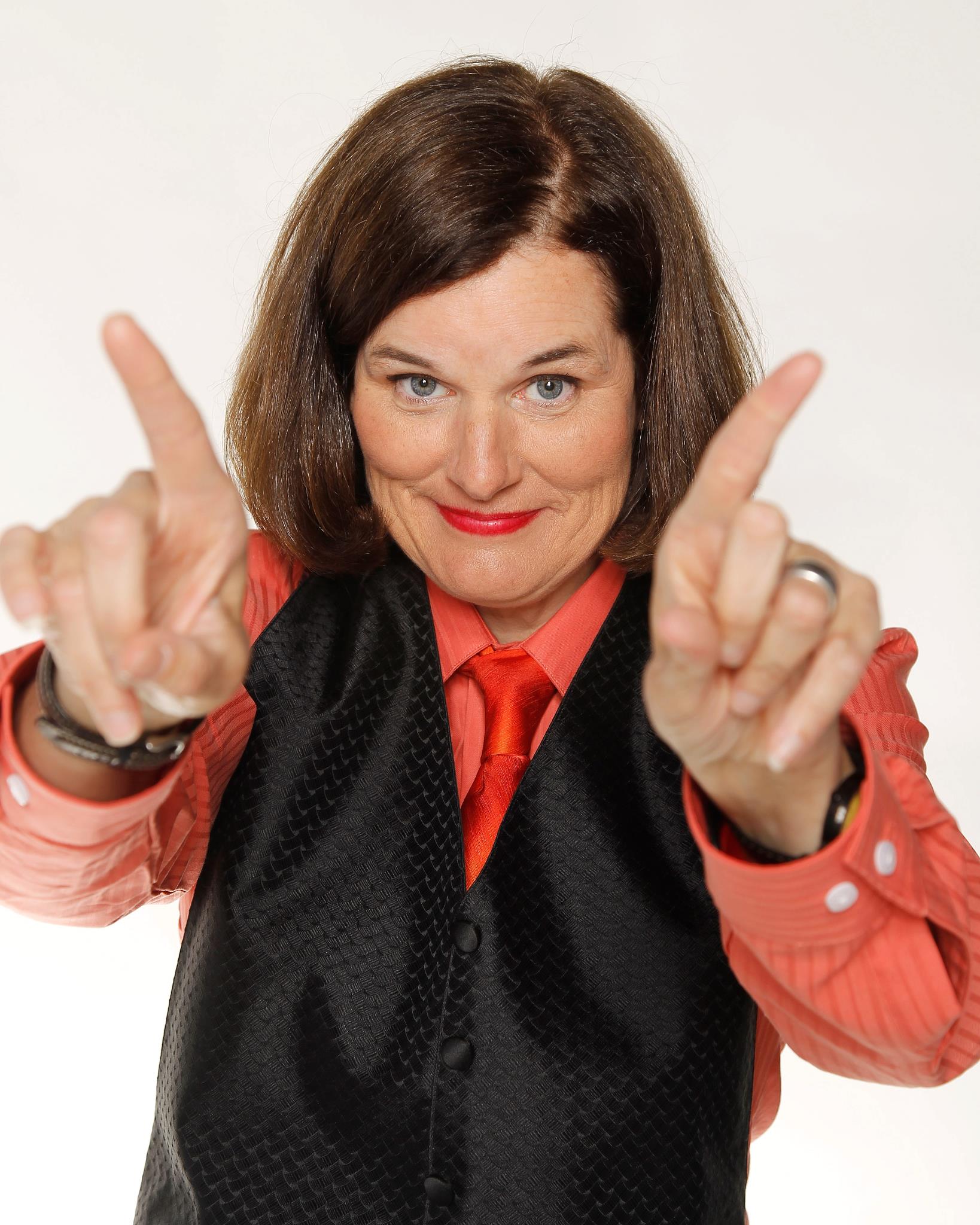 Wits is a now-weekly MPR radio program. It airs live from the Fitzgerald Theater on Friday nights this season (March 15-June 14). If you can’t swing a spring break to a warm climate this year, tickets to this gig would be a great alternative getaway. (Heads up, though, that some events this season are already sold out.)

The radio show is hosted by John Moe, an experienced radio personality with a fantastic voice and a fine sense of humor. Why, yes: witty! The show band is headed up by Twin Cities legend John Munson (Trip Shakespeare, Semisonic, The New Standards, and more) backed by Steve Roehm on vibes, Richard Medek on drums, and Joe Savage on pedal steel. Janey Winterbauer, lovely in voice and in looks, provides the gal-tones. Mary Mack acts as Jan the Janitor/Custodian who sweeps in to provide Minnesota-toned comedic breaks. The audience loved her. Each show runs from 8 p.m. to 10:30 p.m. and offers an intermission for drinks (at the Fitz) or news (on the radio). Or, as one tweet noted: the break for putting the kids to bed. Barb Abney (The Current) provides DJ services for pre-, post-, and intermission (playlist also available on Spotify).

March 15th’s performance (Episode 20) starred Paula Poundstone, comedian and radio personality (NPR’s Wait, Wait, Don’t Tell Me) and Robyn Hitchcock, alt rocker and storied collaborator (Peter Buck, Nick Lowe, and more). Both were entertaining, comfortable on stage, well-directed, and hit (most) cues. When they didn’t, host Moe, used the “pregnant pauses” to birth one clever comment after another. He was flawless…right down to his coolio spectator shoes.

Moe guided Poundstone and Hitchcock through personal introductions that provided glimpses into quirky, yet familiar, lives. Poundstone has 10-plus cats (I won’t give the real number in case the Humane Society is reading this), a bearded dragon, a bunny, two dogs, three kids (humans, not goats, although come to think about it, she never clarified that) and an ant. Hitchcock’s first album was Dylan’s Highway 61 Revisited and his favorite song is Dylan’s “Visions of Johanna”. Coincidence that Hitchcock was chosen as Wits season opener? Hmm.

The duo were fantastic together, matched wits for sure. Puns, schtick, banter, scripted stories…it all worked. Hitchcock sang a few classics, and Poundstone delivered classic one-liners along with clever improv. Even the closing act, an audience singalong to “All the Young Dudes” was entertaining. Only a few times in the 2.5 hours did I wish, secretively, that it was a two-hour show. 30 minutes of the “sideshow” humor could be trimmed, risking only, in my opinion, fewer comparisons to the now-legendary PHC (I’m not spelling that out for you). No real need to mention “it” as Wits can stand on its own, although clearly there’s some nodding to its godfather.

A few logistics are good to know before you go. You can park “next door,” but you do, then, walk around the corner to get into the theater. A few people seemed quite confused about that (it is St. Paul, after all). The main level is the only reserved seating ($42/$37). General admission seats are in Balconies 1 and 2 ($32/$27). Get to the Fitz early (on March 15 they offered a happy hour special from 7:00-7:30), toss your parkas on your seats, and party hardy ’til show time. Local faves including Two Gingers whiskey, Summit beer, and Pearson’s Salted Nut Rolls are there to be served to you. Sports fans have no fear, Wally the Beerman is near. Actually, his name is David the Drinkman, known to the Wits audience as @thewombatt. Tweet him what you need and your seat numbers. He’ll be there, with his soft-sided cooler full of fun-ness including beer, wine, champagne (in a can) and liquor (in those fun airplane-size bottles).

Also, be ready to tweet or text, or at least be prepared to sit next to those who are. Wits is so psyched to have you tweet that there are Twitter tutors running around with, yup, birds-on-a-stick (well, the Twitter logo bird). I was wishing they’d be called “Twelpers” BUT THEY ARE NOT per the Twitter Tutor assigned to our section. LOL, #mymistake. The show program notes: Listen, Laugh, Tweet, Repeat. My suggestion? Throw caution to the wind and Listen, Laugh, Tweet, Repeat and repeat again. Wits is the coolest, hottest ticket this spring.

Photos of the evening below 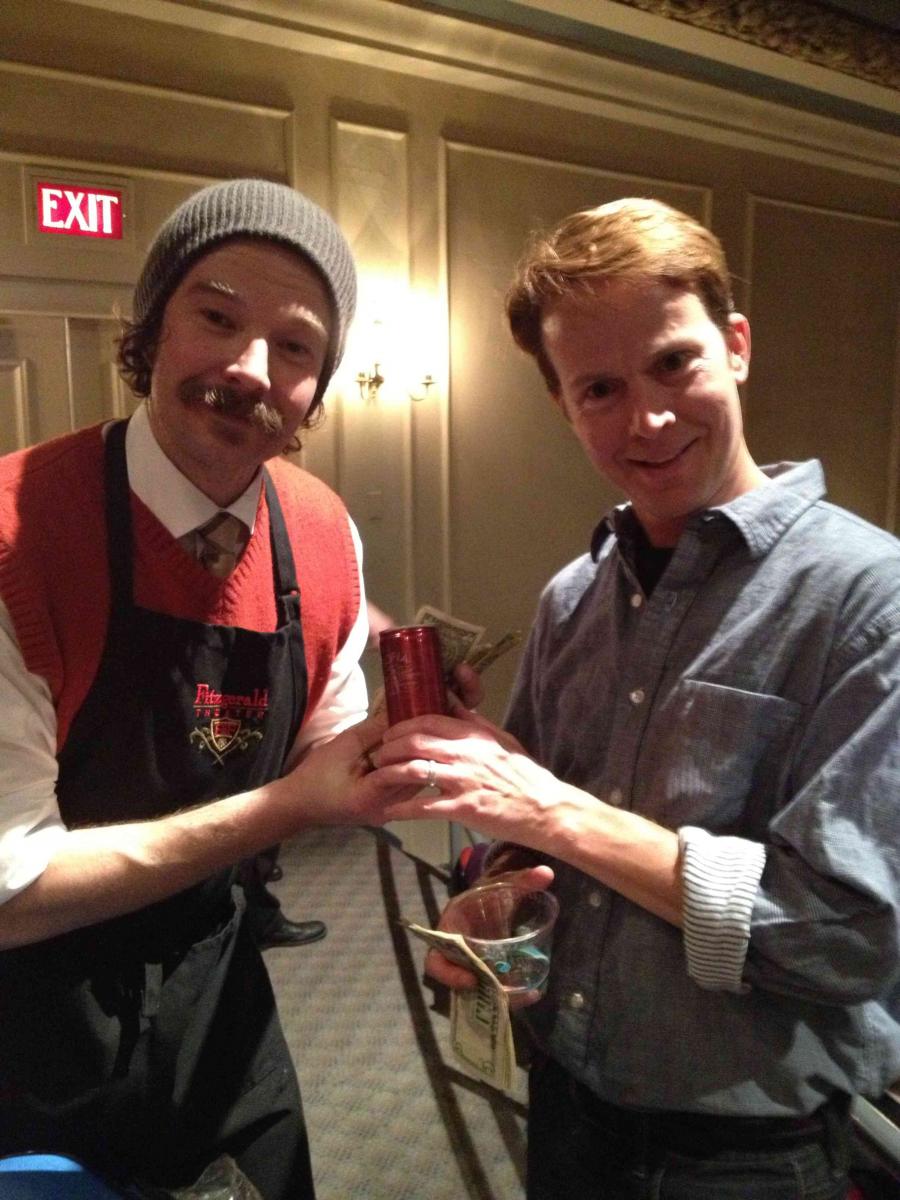 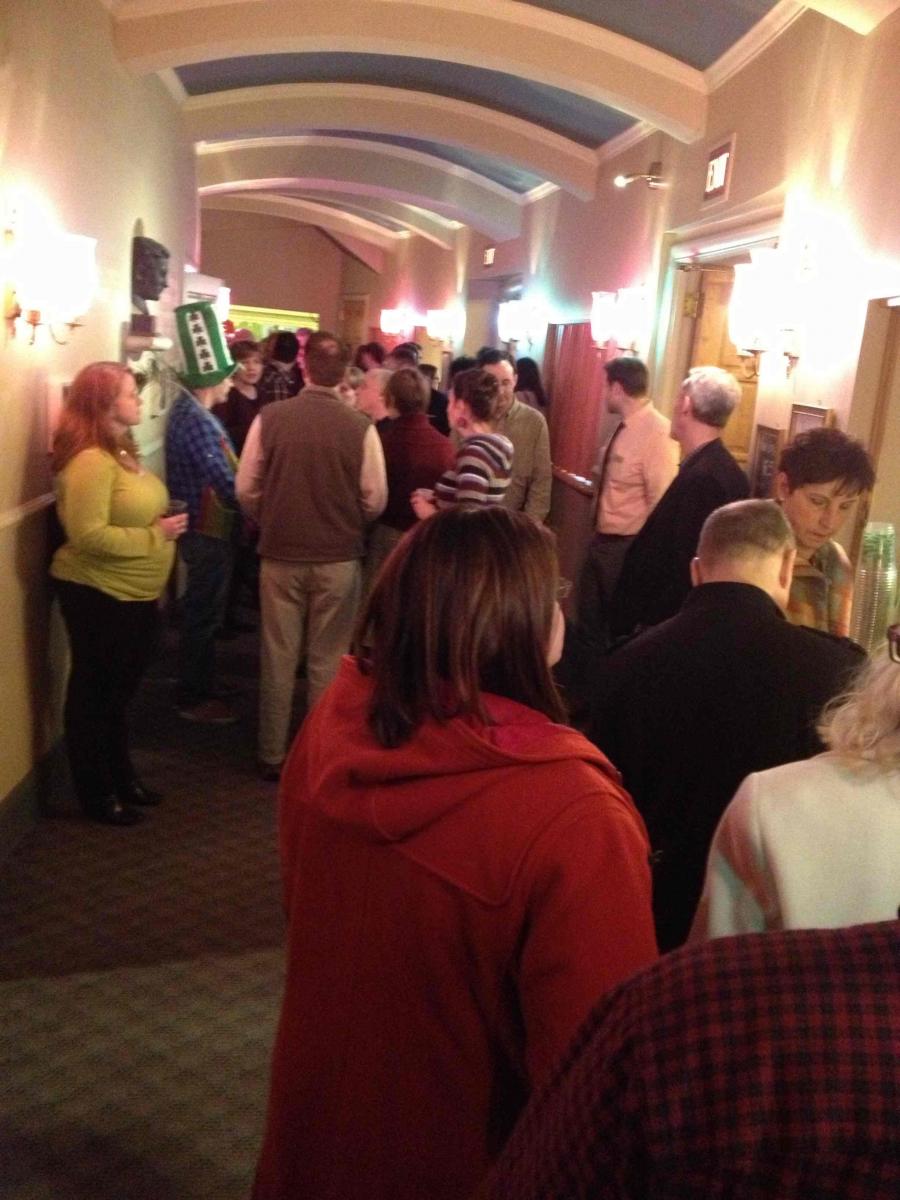 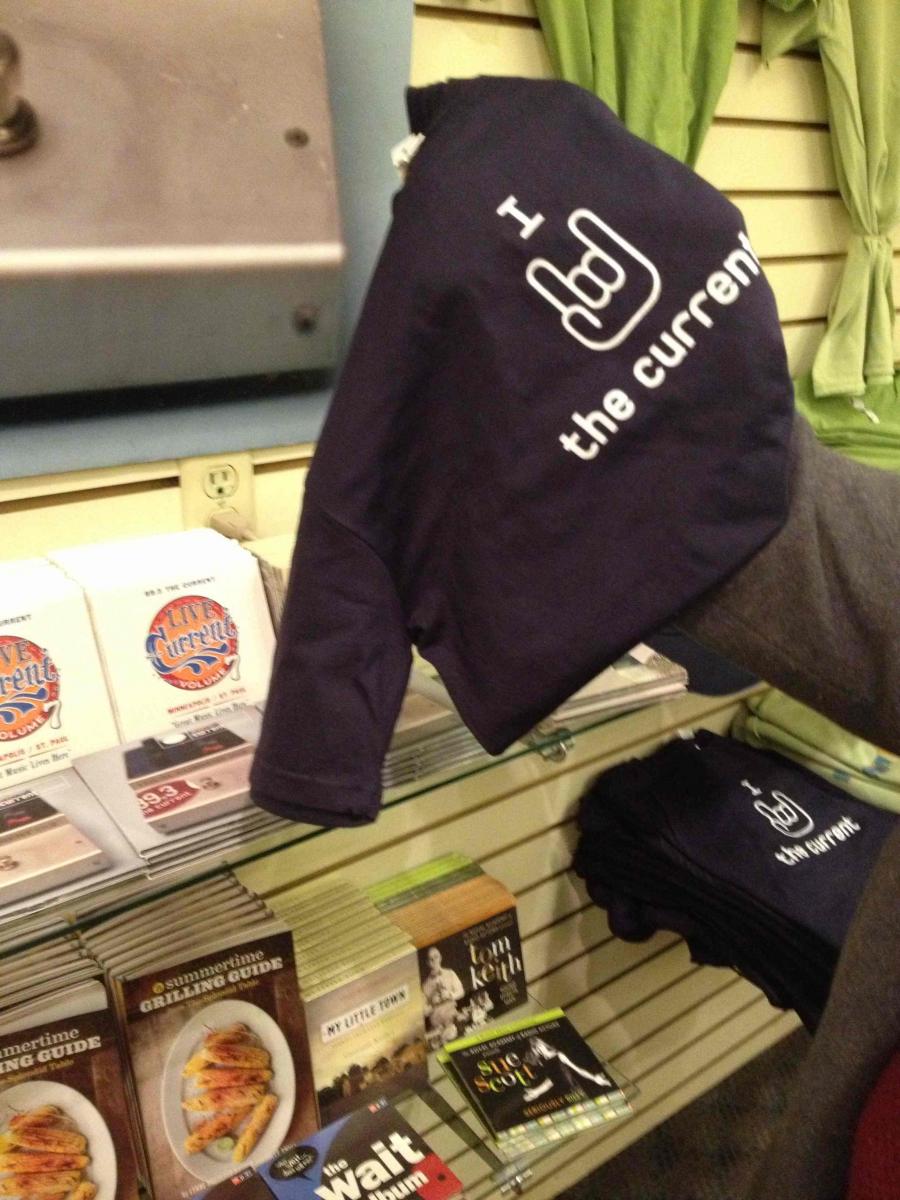 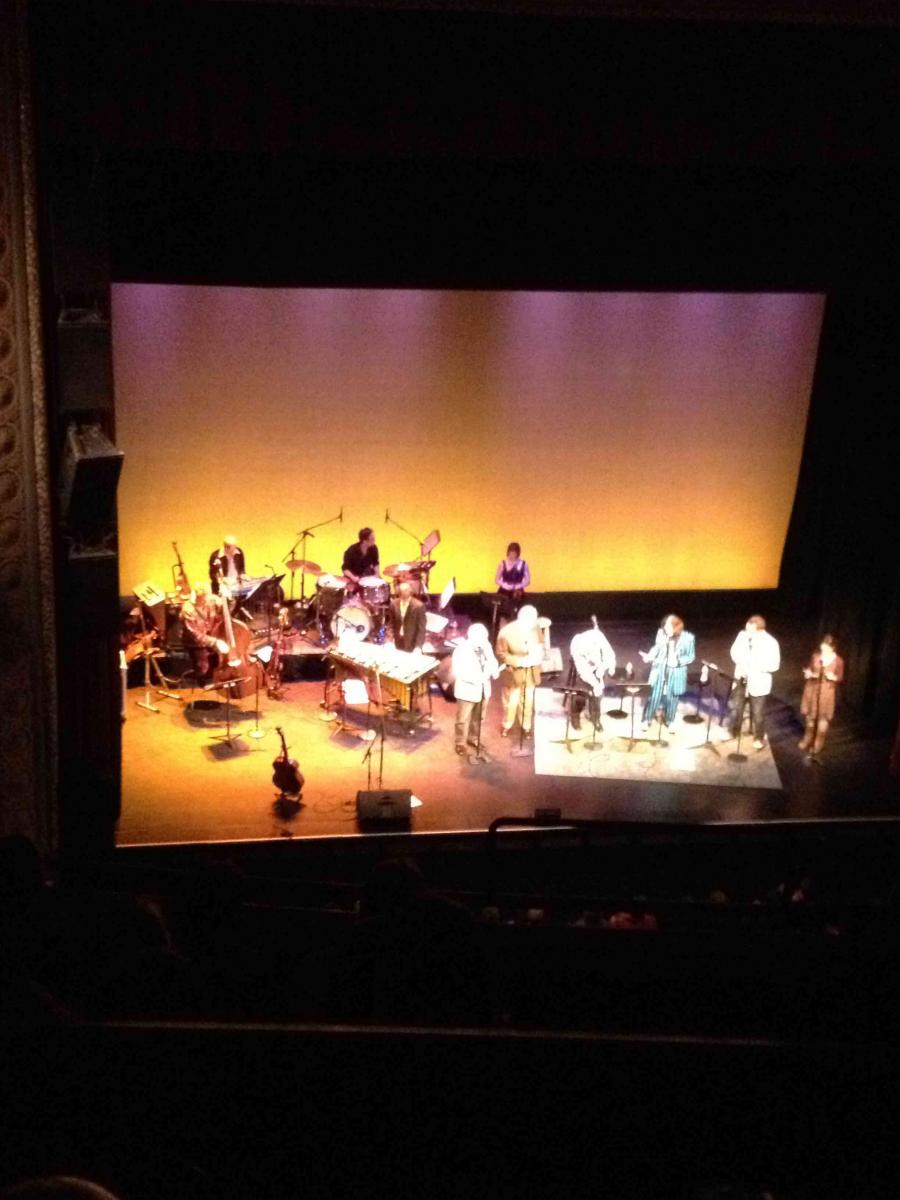