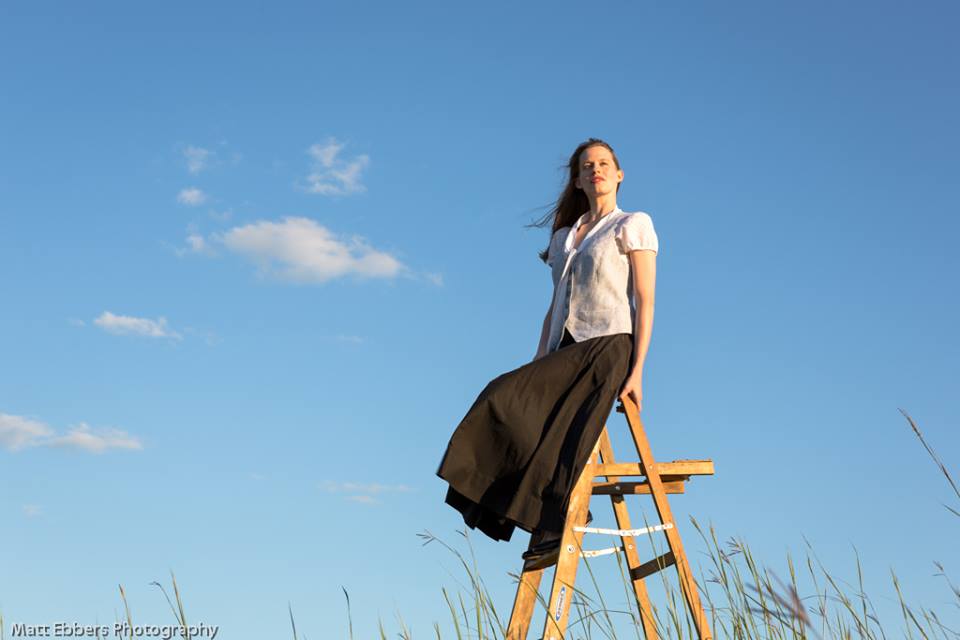 Thornton Wilder’s Pulitzer-Prize-winning play Our Town first hit stages in 1938, but the play chronicling the life and times of the citizens of Grover’s Corners, New Hampshire, begins in 1901. The story ends in 1913, before the two world wars that changed everything; it was also the year my grandmother was born. One hundred years later, Nightpath Theatre Company has been taking their own production of Our Town on the road—to schools, senior facilities, and community centers around the state. The final destination for their tour was a couple of public performances at the Southern Theater in Minneapolis, where I caught the show.

“The saints and the poets, maybe…”

As charming as your average high school production of Our Town inevitably is, I have to admit there’s a particular pleasure in watching Thornton Wilder’s play produced by adults. (I said things to that effect when I saw Girl Friday’s great production of Wilder’s The Skin of Our Teeth a few years back, too.) Our Town seems like an easy play, a simple play, but it’s not. Sure, it’s about small-town family life among the white folk in New England in the early 20th century and it’s simple in the sense that you don’t even need a set—just a couple of ladders and some chairs. The props are mimed, even the costumes are minimal, and not even necessarily period. Lights and sound are nice, but they’re almost beside the point. Our Town isn’t pretending not to be a play. Characters frequently speak directly to the audience. They know you’re out there, they expect you’re watching. This is storytelling at its most basic and direct.

“Some people just aren’t made for small-town life.”

Despite the spareness of the trappings, Our Town is about nothing less than humankind’s place and purpose in the universe. It’s about the big things like life and love and the passage of time, about death and what comes next. Our Town doesn’t preach, it simply observes. It doesn’t beat you over the head, because it doesn’t have to. Our Town presents a story of two families that become one, and the community in which they live. Three simple days in the life, with a couple of flashbacks thrown in for good measure, and we have a time capsule of the way things used to be in one corner of the world. In the specific, Wilder unfolds the universal. In the hands of director Maggie Scanlan and her wonderful ensemble of actors, the story of Our Town sneaks up on you and bores into the back of your brain and refuses to let you be.

“Then the war came along and he died in France. All that education for nothing.”

Our Town tells the tale of the Gibbs family and the Webb family, neighbors in the little town of Grover’s Corners. Mrs. Gibbs (Stacey Poirier) and Mrs. Webb (Sheila Regan) start the day early, running their homes with the efficiency of army generals. Mr. Gibbs (Jeffery Goodson) is the town doctor, and Mr. Webb (Richard Broderick) is the editor of the local paper—which comes out twice a week. (In a sly bit of double casting, Broderick also plays the town’s undertaker Mr. Stoddard—Goodson brings them into the world and Broderick ships them out.)

The spotlight child of the Gibbs clan is son George (Jeff Nichols), a popular high school baseball player. His counterpart in the Webb family is daughter Emily (Karen Elaine Massey). These two kids no sooner start to find their place in the world than they find themselves falling in love, which in those days led to marriage.

“So it’s three years later. Yes, the sun has come up over a thousand times.”

Jayne Deis and Paul McGuire Grimes fill out the rest of the Grover’s Corners population. Deis is George’s pesky little sister Rebecca Gibbs, as well as two generations of paperboys and gossipy Mrs. Soames who loves to cry at weddings almost as much as she likes talking behind people’s backs. McGuire Grimes is Emily’s little brother Wally Webb, extended family member Sam Craig home for a funeral, Mr. Morgan who runs the soda fountain (look it up), and Howie Newsome the milkman (yes, milk used to be delivered to your home back in the day).

“I can’t work at all. The moonlight’s so terrible.”

The whole thing is presided over by the Stage Manager (Michael Ooms). (Not the actual stage manager for the production, of course: that would be Cheryl Bristol.) Wilder’s Stage Manager is probably one of the only stage managers most people know, and he doesn’t even have a name. He serves as a different sort of narrator, perhaps even a stand-in for God. The play dances around the edges of this but never says. He’s both human and more than human. Ooms (a Nightpath regular) is a great choice for this role because, although he’s young, he has a commanding stage presence, an impressive deep voice, and is quite literally a giant of a guy, towering easily over everyone else around him. He doesn’t really need a ladder: he could serve as one. Wilder’s Stage Manager makes using a narrator look easy, but it has inspired countless botched imitations over the course of the history of modern American theater. The whole of Our Town, but this element in particular, requires a light touch to keep things moving along and the audience engaged. Ooms, under director Scanlan’s watchful eye, delivers.

“Every now and then he says, ‘I do’ to the mirror but it doesn’t sound very convincing.”

Our Town is that rare play that embraces both the sentimentality and the existential terrors of daily life honestly and simply. It doesn’t gloss over the fact that everybody dies, but it also doesn’t dismiss the fact that each day of life is a gift, crammed so full of things that we could never possibly see and appreciate them all for the wonders that they are. Marriage can be both a joy and a mystery. No one is guaranteed a long life—things as varied as war and childbirth, suicide, and burst appendices can snatch someone away from us with no warning at all—but love is remarkably resilient, and crops up in the most unexpected places. There is nothing simple about the simple lives of these people. We can still, a hundred years later, recognize ourselves, our partners, our parents and our children, in some or all of them. Our Town is one of that handful of plays that actually age along with their audiences. You never approach it the same way twice. The act of living itself radically changes the way you see it, just as it changes the tools actors bring when they approach the play.

“Live people don’t understand, do they?”
“No, not very much.”

For all the time that passes, and the people who are lost, Our Town posits that there is something other than oblivion. Something that continues. Something that is eternal. It’s the secret of this play’s longevity. Even after 75 years, it’s something people still long to hear from someone they believe. Wilder, Our Town, and the people who inhabit its characters feel like old friends we trust. There’s enormous reassurance in that, even in the darkest of times. I’m grateful Nightpath Theatre Company decided to give Our Town another run, and let me appreciate it with a new pair of eyes.

This run may be over, but Nightpath will be back. Whatever they’re doing next, it’s worth your time and money to see it.

Read cast member Sheila Regan’s essay about the experience of touring Our Town to non-traditional venues.