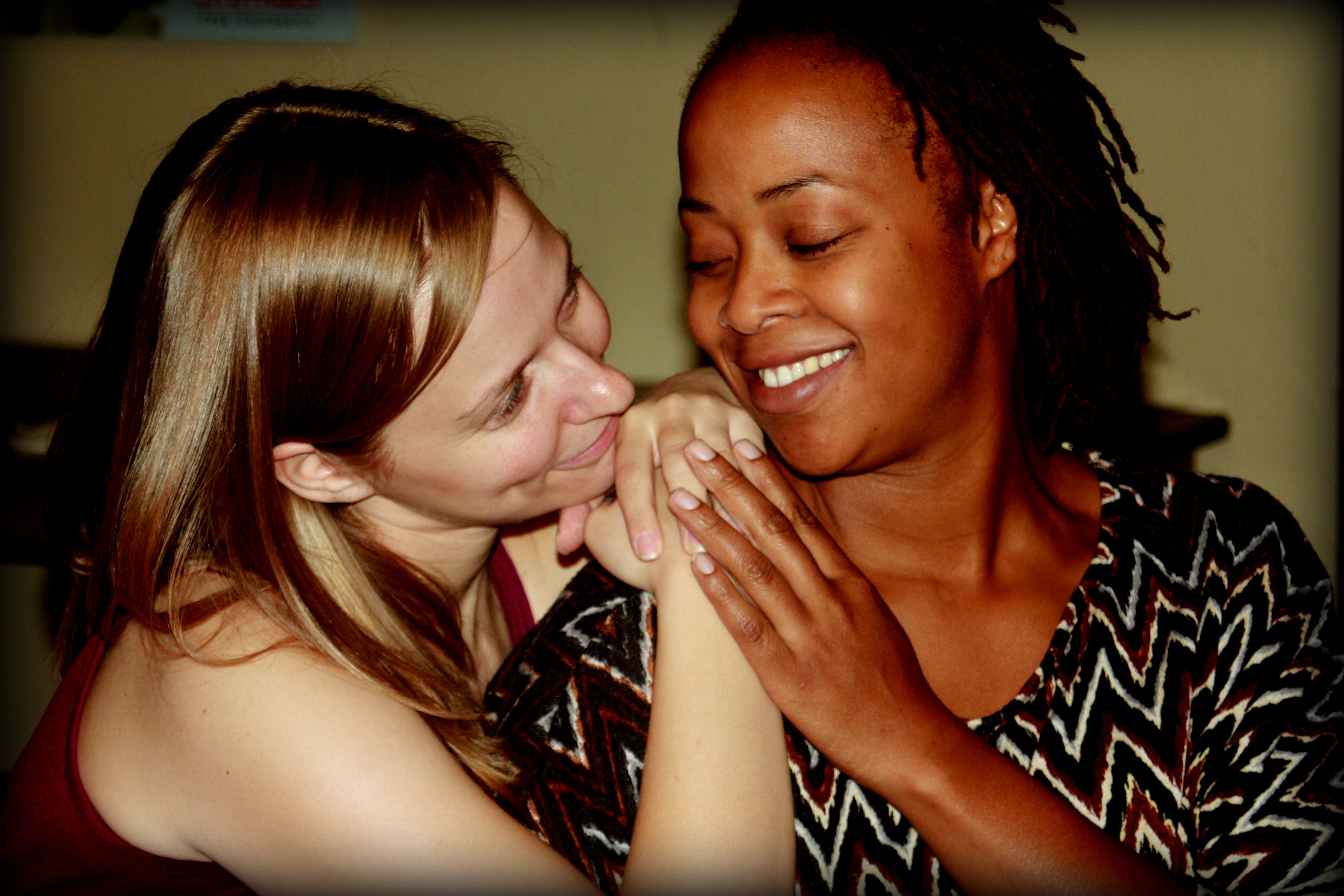 Let’s face it. Shakespeare is tough. Anyone who tackles Shakespeare, even those who do it often and well, know it’s not simple and it’s not quick. Shakespeare plays, the really good ones, are mountains. You can’t just leap to the top of the mountain. You get there one handhold, one foothold at a time. One line, one phrase, one word at at time. You have to live with the words in your head long enough that they eventually migrate into your bones. Understanding them is just the first hurdle. Figuring out how to convey them in a meaningful, compelling way to the audience and keep the story moving forward, that’s the hard part. That’s the difference between playing the role and just reciting the lines. It’s tough. It takes time. It takes experience. And all that has to start somewhere.

“Perdition catch my soul but I do love thee!  And when I love thee not, chaos is come again.”

Gadfly Theatre Productions is a young company. This is only the start of their fourth season, only their second stab at a play by the Bard, and their first Shakespearean tragedy: Othello. Othello is a mountain. Director (and co-artistic-director) Cassandra Snow and her crew of dogged actors just didn’t have the time they needed to make the full climb. They’re on their way, but the summit is still elusive.

“My heart is turned to stone. I strike it and it hurts my hand.”

Iago (co-artistic-director Immanuel Elliott) has been passed over by Othello (Siddeeqah Shabazz) for a military promotion, which goes instead to Cassio (Steve Modena). Iago decides to use his close connection to the other two soldiers to undo them both. Iago convinces Othello that her new wife Desdemona (Rebecca Hanson) is being unfaithful to Othello, with none other than Cassio. Iago dupes Rodrigo (Gadfly company member Meagan Kedrowski), who pines for Desdemona, to bankroll Iago’s master plan while stringing poor Rodrigo along in hopes she might win the woman she loves. Iago also enlists the help of his wife Emilia (Erin Denman), serving woman to Desdemona, to use her access to further aid his undermining of Othello and Desdemona’s marriage. Everyone’s conflicting loyalties make them easy targets for Iago’s manipulations, and no one emerges untouched by the fallout. The roster of relatives, soldiers, politicians, clowns, and whores is filled out by the rest of the ensemble, many of them playing multiple roles: Indira Addington, Lori Castille, Jim Larson, Andrew Rosdail, and G. Zachariah White.

Yes, we have a bisexual/lesbian love triangle at the center of this Othello. But just like Ivey-Award-winning Theatre Coup d’Etat‘s 2012 lesbian Romeo and Juliet, the application of a queer lens to the central couple of the romantic drama seems, quite delightfully, to be a non-issue. More people seem upset that Othello is black and Desdemona is white than the fact that they’re both women. Desdemona’s other hopeful suitor Rodrigo is also female. The audience fully believes the affection between Shabazz and Hanson as the lovers in this tragedy. In fact, they are so openly affectionate, in any situation, public or private that, like a number of the characters forced to watch from the outside, the audience might wish the two of them would just get a room already. There’s heat as well as light radiating off this pair in their happier times early on in the play.

“Then must you speak of one who loved not wisely, but too well.”

We also buy into Shabazz as the great leader and fierce warrior Othello is purported to be. Shabazz has real presence and can command the stage as her own personal stomping ground. The characters don’t want to get on her bad side, though not everyone is lucky in this regard. Iago doesn’t think Othello can be easily preyed upon because she’s a woman. Iago thinks he can work Othello because Othello is hot-headed, violent and, for some reason, insecure. It’s why Othello is so good at the job of war. But it also makes it dangerous for her to bring work home with her.

“O beware, my lord, of jealousy! It is the green-eyed monster that doth mock the meat it feeds on.”

The standout performances here are from Kedrowski as Rodrigo and Denman as Emilia. They are both by turns both funny and tragic as the need of the scene dictates. They are well-rounded, fully human characters onstage. The audience believes they had a life before as well as during the play. Their dialogue feels like true human speech coming out of their mouths. They elevate every scene they are in, and raise the level of the performance of anyone acting opposite them. The problem for the production is that both Rodrigo and Emilia, while they are very key supporting players, are not the central characters of this drama.

Here’s where the size of the task starts to muck with the execution of the task. Iago and Othello in particular are enormous roles, with a great deal of range. Just getting that role and all its words into your head is an undertaking. Being able to deliver all those words to an audience is a significant effort. Having full control of your body and voice, the ability to modulate and finesse all the different levels of honesty and deceit, love and rage, that takes time. Even if you’re cast months before rehearsals begin, there’s life getting in your way. Day jobs and relationships and other projects that gobble up chunks of time you think you have to prepare before rehearsals. No matter how much time you have, you could always use more. The love/hate relationship between Iago and Othello is just as intense, just as fraught as that between Desdemona and Othello. Here, unfortunately, in this production it wasn’t. Part of the problem is focus. There was a whole lot of making faces and shouting going on. The volume control on most characters’ voices in the ensemble seemed to have only two settings—one or ten, there was nothing in between.

“It yet has felt no age, nor known no sorrow.”

The only way Iago comes off as a great villain and Othello comes off as something other than a gullible patsy is if we as well as Othello are convinced that Iago is acting like a good friend. The most successful moments in this production are where Iago got this element of their twisted relationship to shine through. It almost made you think, wow, these guys once were compatriots, and now all one of them can do is pretend that is still the case, so he can sucker-punch the other person. It almost makes you feel sorry for what they lost. Sadly, those moments are few here. If you’re Iago, the last thing you want to do is pull away from Othello or Cassio when they touch you, or make faces like you smell something bad—when they’re standing right next to you and other people (not just the audience) can clearly see you. Iago has soliloquies so the audience can be reminded that he’s playing everyone for a fool. He shouldn’t be giving the game away in the presence of others if it’s a game he wants to win. The more obvious Iago is, the dumber Othello looks.

This problem is compounded by the fact that Hanson is so strong as Desdemona. Desdemona as a character has a lot of the same problems Ophelia has in Hamlet. It’s hard not to see her as having doomed stamped on her forehead from the start of the play in most productions. The advantage Desdemona has over Ophelia is stage time. We get to know Desdemona. She’s in an actual relationship with Othello that we get to witness. She’s not just a pretty little accessory or a pawn in other people’s games buffeted from one disaster to the next. Her fate unravels slowly. The audience can see why Othello was drawn to her and Desdemona drawn to Othello in return. Hanson plays her as smart and independent, and also very much in love with Othello. She’s not even tempted by anyone else, doesn’t see anyone else but her warrior wife. So Othello’s easy undoing at Iago’s hands seems all the more perplexing. She’s giving Othello no reason to doubt her, so why is the circumstantial evidence of the handkerchief so compelling?

“There be souls that must be saved, and souls must not be saved.”

It’s never entirely clear from where Othello’s insecurity is coming. Is it because Othello is black and Desdemona is white? Is it because Othello is threatened by Desdemona’s implied bisexuality, the thought that Othello has not just one gender to worry about but both as a source of potential rivals? Is it because Othello is part of the soldier class and Desdemona comes from the ruling class? Any one or all of those reasons could be at play, but the production doesn’t spend much time making any of that clear, so Iago doesn’t seem particularly calculating, and Othello just seems bewildering.  Where is the burst of rage coming from and why? Why does nothing the perfectly reasonable Desdemona says or does counteract this? In order to be moved by the tragedy, it has to make just a little sense. It has to seem to have a chance of being turned around. Right now, Iago, Othello and Desdemona all seem to be in slightly different productions of the same play that never quite come together. The power these three performers could deliver as a team is left largely untapped. The moments where it really does work make you wish the whole production could operate at that level.

“But men are men; the best sometimes forget.”

And this is why the nearly three hours of running time, just like the bisexual/lesbian spin on the material, was not a problem. There are enough moments in this production of Othello that are good that it keeps you hanging in there, waiting for the next one to appear. I’ve sat through really bad productions before where they felt longer than they actually were, or where it was time out of my life I actually wanted back. That isn’t what’s going on here. The underlying material is meaty and good. And you can see the potential of the production in the moments that really click. They just needed more time to live in this world so they could take us there with them. Every production wishes it had more time to grow and mature. Some, like this Othello, actually needed it.