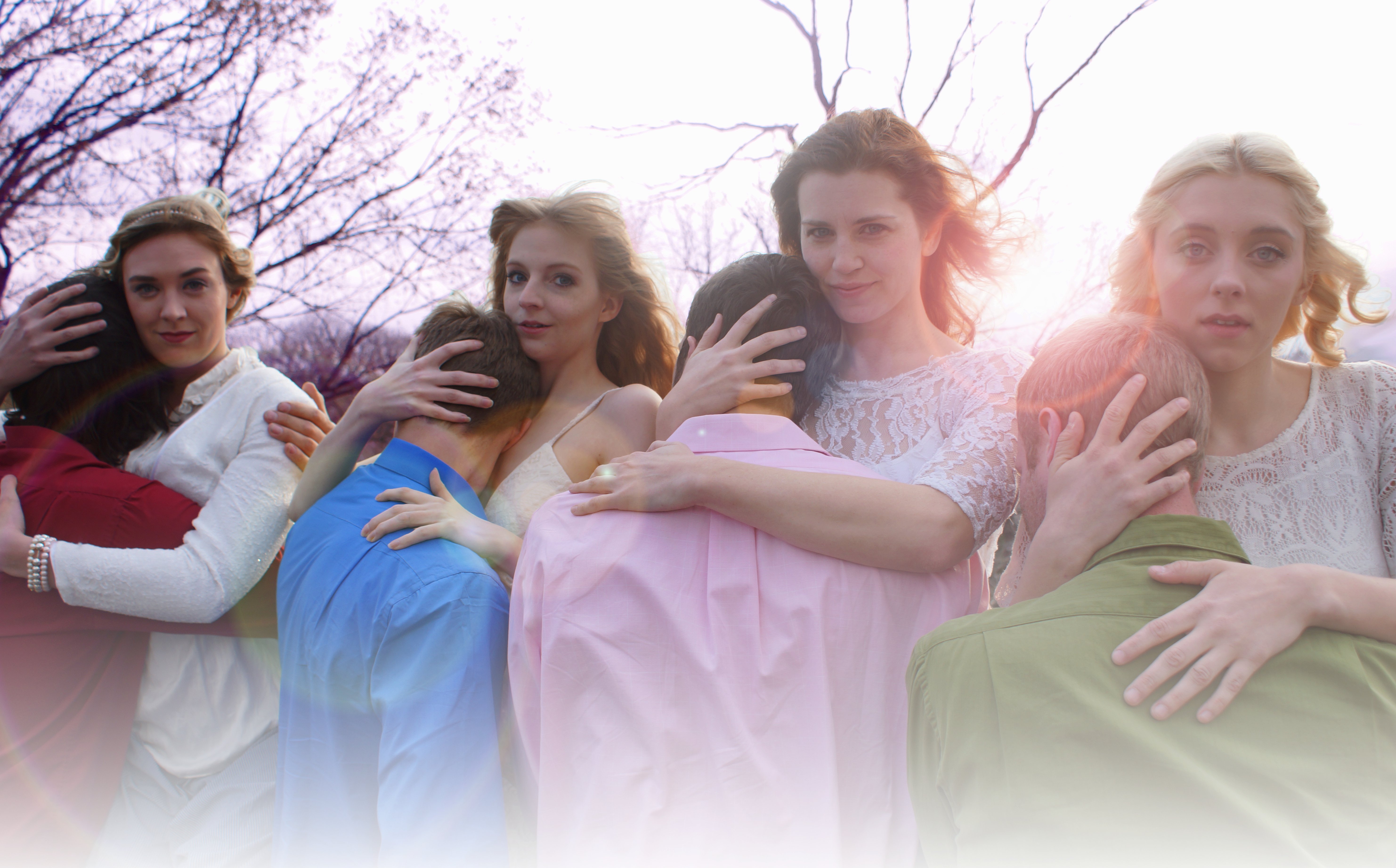 Love’s Labors Lost is one of Shakespeare’s early comedies that I sometimes wish he’d written, or at least revisited, later on in his career. It’s got a lot going for it as is—lots of laughs, lots of poetry, an evenly matched set of male and female characters (in fact the ladies have the upper hand throughout here), lots of wordplay and low brow humor, even some funny accents and disguises.

“There is no evil angel but Love.”

Love’s Labors Lost is also perfect fare for an outing of Shakespeare in the park. The story is largely set outdoors, and it’s simple enough (yes, even in Elizabethan English) that passersby can drop in and pick up the plot and characters easily no matter when they wander through, and might be inclined to stay for a while and see how it turns out. It’s a good choice by Classical Actors Ensemble (CAE) Artistic Director Joseph Papke, and he and his cast make the most of it.

“Yes, as much love in rhyme as would be crammed up in a sheet of paper.”

Papke also makes the most of his talented group of actors. Nearly all of them are doing double duty with multiple roles. There’s a much better balance of the use of male and female performers in this production than in some CAE productions of the past, which is a welcome development (and it has just as much to do with the willingness to cast women across gender lines as it does the balance of the script itself, so again, kudos).

“A heavy heart bears not a humble tongue.”

There’s a lot of quick changes of costume going on, but they run smoothly, and the actors distinguish their different roles so well that I can only recall being confused once as to whether or not it was an entirely different character. In many cases, I wasn’t able to figure out who the actor themselves even was who was doubling up until I saw the program after the fact—which means not only did they convince me they were another person, it meant I couldn’t divine who they actually were under the disguise (well-played). I love being fooled and surprised like that by a production.

The story that requires this large cast of characters is fairly straightforward. The King of Navarre (Neal Beckman), and his three friends Berowne (Zachary Morgan), Dumaine (Ben Stroup), and Longaville (Timothy Daly) have sworn (some of them reluctantly) to cloister themselves from the distractions of the world to study and sharpen their minds for three years. This academic life includes a shorter night’s sleep, regular days of fasting, and forgoing the company of any women.

“Why, will shall break it, will, and nothing else.”

Naturally, no sooner do they make this pledge than they realize they are bound to break it, as the Princess of France (Hannah Steblay) is already bound to the king’s court for official diplomatic business. She is accompanied by her ladies Roseline (Samantha Veldhouse), Katherine (Nissa Nordland) and Maria (Audrey Anderson), as well as their handler, the androgynous Boyet (Megan Volkman Wilson).

“A lover’s ear will hear the lowest sound.”

The King of Navarre decides to solve this problem by not letting the ladies actually set foot in the castle proper.  Instead, he and his men set up a tent out on the grounds for the ladies to camp in, and where they will visit them. This hair-splitting solution doesn’t keep everyone from being smitten with everyone else, however, and soon it becomes clear that the men’s affection for and interest in the ladies is returned. That doesn’t mean the ladies are going to make it easy on the men, or that the men have any idea how to properly woo a woman.

“The clown bore it, the fool sent it, and the lady hath it.”

This being a Shakespearean comedy, there’s a subplot full of clownish buffoons even more deluded and full of themselves than the main characters. This one revolves around a Spaniard named Don Armado (Daniel Joeck), complete with thick accent and a tenuous grasp of the English language. Both he and a knave named Costard (Daniel Vopava) are enamored of a country maid called Jaquenetta (Anderson again). The men are drawn by her beauty and encouraged by her loose morals. Don Armado enlists the aid of his servant Mote (Nordland again) and Constable Dull (Veldhouse again) to try and stay ahead of Costard in the battle for Jaquenetta’s heart.

“Dost thou infamonize me among potentates?!”

The King and his pals keep Don Armado around for his entertainment value—on the page and in the spoken word, Don Armado is a malaprop factory spewing unfortunate and/or nonexistent words into nearly every sentence. There also is a sort of sub-sub-plot as an offshoot of the men’s devotion to their studies which generates regular appearances by schoolmaster Holofernes (Beckman again) and curate Nathaniel (Steblay again).

“What fool is not so wise to lose an oath to win a paradise?”

My pain threshold for Shakespeare’s clowns has always been pretty low, though I have to admit all the cast members portraying representatives of the learned or lower classes are just as committed and energetic in delivery as they are with their higher born counterparts. There’s just as much attention to detail and getting it right. They take the silliness just as seriously, which is as it should be. None of these clowns know they’re clowns. That’s part of what makes them so ridiculous.

Unlike the later comedies such as As You Like It or Twelfth Night, Love’s Labors Lost doesn’t really have a whole lot going on outside of the romantic storyline. Here I can understand a friend’s lament about romantic comedies—unless you’re invested in seeing these people get together and possibly get it on, there’s not much in the way of stakes. In Shakespeare’s later comedies, people are in exile, in disguise, fleeing for their lives, survivors of shipwrecks, separated from family perhaps to never see them again.

“The anointed sovereign of sighs and groans.”

In Love’s Labors Lost, it’s a group of men and women of privilege, insulated from the shocks and starts of a normal life until mortality rears its head at the very end of the play and they realize it’s time to really grow up. The adult lives they thought they were living were just playacting until now. Now their real lives, and the real consequences, begin. It’s a canny shift of tone, and allows for a non-traditional happy ending that nonetheless has a ring of hope about it. But rather than introduce these complications at the beginning and have them threaded throughout the story as he does in his later work, in Love’s Labors Lost Shakespeare ushers in the complication at the very end as a sort of reverse deus ex machina, suddenly un-resolving the situation rather than giving characters an easy way out.

“Our wooing doth not end like an old play; Jack hath not Jill.”

But all this is yet another reason why Love’s Labors Lost makes for perfect “theater in the park” content. It’s fun and light and downright silly for nearly its entire run time. So those who’ve stuck around for the entertainment are invested enough in the characters when they find themselves thwarted right at the end. They’ve earned our sympathy through being such pleasant company for a couple of hours.

So check out the list of various parks Classical Actors Ensemble is visiting and stroll on over to one near you for some light-hearted Shakespearean entertainment.