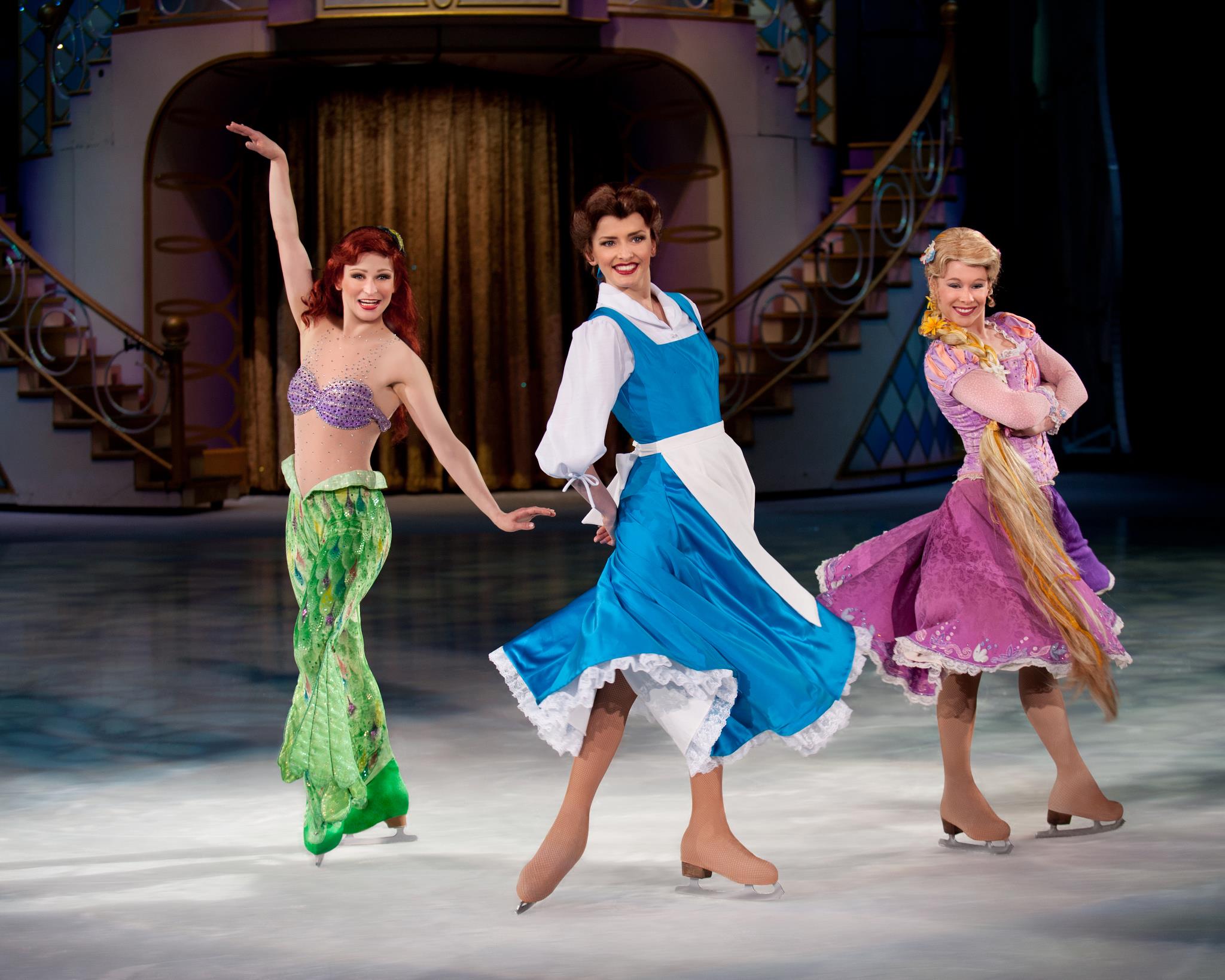 My husband and I took our two-year-old and four-year-old daughters to the December 6 opening performance of Disney on Ice Celebrates 100 Years of Magic at the Xcel Energy Center.

We arrived in plenty of time to purchase the fruity Icees and light-up toys. There was lots of excitment in the area and plenty to look around at before the show began.

The show started promptly at 7:00 p.m. The first half lasted 45 minutes and incorporated Mickey, Minnie, Donald, and Goofy. The famous Disney princesses each made an appearance. The costumes were colorful and eye-catching. Aladdin also made an appearance and did a great dance that kept the girls’ attention.

There was a 20-minute intermission: time enough to go to the the restroom and spend more money on treats and trinkets. The second half, another 45 minutes, felt a bit longer than the first half. Many Disney movies were portrayed, including Mulan and The Lion King. “It’s A Small World” was a fun song acted out. Mickey and Minnie continued to help tell each story, including those of Pinocchio and The Incredibles. It was over at 9:00 p.m., two hours later.

All in all, it was a fun and enjoyable evening. As adults, we felt like the show did a good job giving snippets of different movies. We weren’t completely familiar with all of the movies so we realized that our girls would not recognize all of them either.

The two hours that the show lasted did seem quite long during the second half, especially with a two-year-old on your lap. If I could speak for our two-year-old, I would say the first 30 minutes were fun, but she lost interest after that and was more interested in eating popcorn. As for our 4 1/2 year old, although not familiar with each story on the ice, she was intrigued by the action, the music, and of course the princesses.

It was our first time taking our daughters to an ice show. We think that this one was definitely worth it. We and our daughters enjoyed the show, and our time spent together as a family.