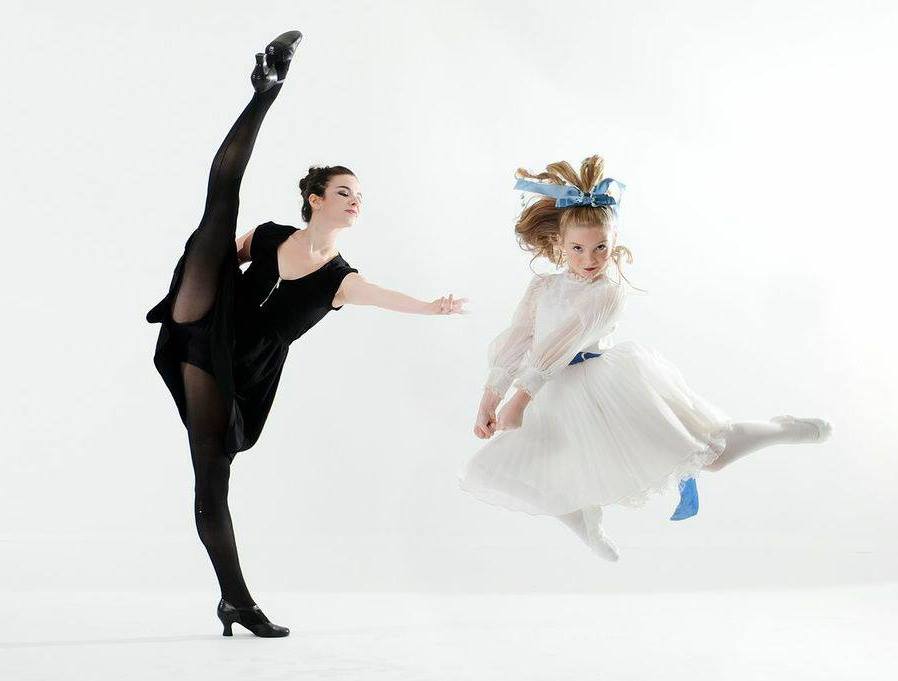 This past Thursday, one of the Twin Cities’ newest dance companies premiered their “Broadway-style jazz dance musical” The Belmont Hotel at the Southern Theater. Collide Theatrical Dance Company is the brainchild of Regina Peluso, a Twin Cities native, who recently returned from a decade of work in theatrical dance in New York and Los Angeles. The mission of the company is to inspire collaboration and the creation of new work with a focus on jazz dance and to engage and entertain audiences. Collide is clearly succeeding on both counts.

The Belmont Hotel may not have come together as fully as the choreographer would have liked. The elements don’t quite gel yet into a great musical. But, excellent jazz dancing, good music performed live, and a company stretching to create new musical theater is better than stuffy, incomprehensible “art” any day.

Dancers, by their nature, are self-involved. It isn’t as if they attain their physical perfection and feats of graceful derring-do without a good measure of self-confidence and ego. Many times, though, performances feel as if the audience should just be grateful to be in the presence of these artistes, and forget about being entertained. This is art, after all. Is it not? On the other hand, dance that gets the mix of artfulness and entertainment right is memorable. For example Judith Howard’s 2011 stunner Dressage, danced by Nic Lincoln, was bold in conception: perfectly performed and incredibly entertaining; but few Twin Cities companies have consistently combined the conceptual and theatrical as well as James Sewell Ballet and Tu Dance.

In that context, Collide Theater’s Belmont Hotel is a pleasant surprise. This new Twin Cities-based company performs the venerable jazz style in a way that revels in the form’s balletic grace and power but also digs deep for new ways to show off the swaggering unison, hip swiveling sexiness, and snappy hand and arm work that are the hallmarks of the style. It is a joy to see the jazz style performed with such élan and vitality by a company of dancers who are easy on the eye, nearly flawless technically and adorable to boot. Despite a couple of rough patches and a narrative that could benefit from some deft theatrical direction, The Belmont Hotel could be the most entertaining night of dance and music in the Twin Cities right now.

Act 1 gets off to a slow start. This is where some theatrical direction could help in setting up the narrative and creating some initial tension. The business gets a bit jumbled and doesn’t really grab the audience. On September 19 the band seemed to be warming up and it took a little time for the dancers and the musicians to get in a groove together. Things get moving, though, by the third song, “Get Happy.” Performed by Dora Dolphin as Lily and Jeff Quast as Frank, the song gets the first rise out of the audience by dint of its energy and mirth.

Dolphin, age 10, is a half-pint powerhouse who has won a number of national dance competitions. She immediately wins over the audience with her accomplished technique, expressiveness, and infectious enjoyment. Quast is excellent throughout, with a masculine grace that brought to mind Gene Kelly. “Stormy Weather” is the first musical highlight of the act, as Katie Gearty shows off her soulful and lithe voice with a fresh rendition of the old standard. Late in the first act, “Temptation,” a funky, brooding Tom Waits tune that has almost become a new jazz standard, provides another memorable moment as the women in the company get to show off their version of “jazz hands” in sultry lock-step unison. Finally, the first act closes with a goose-bump-inducing vocal performance, by Cameron Wright, of “Feeling Good”—a song made famous by Nina Simone.

Act 2 kicks off with a high-energy full-company performance to Beyonce’s “Crazy In Love”—another pop song that has moved into the Jazz repertoire. Regina Peluso’s choreography shines here, with clever use of unison and blocking as well as stylistic touches reminiscent of Michael Jackson and Paula Abdul. Patrick Jeffrey as Mack stands out in the second act, beginning with “Crazy In Love.” He is all swagger and smooth sexiness in his role as the smarmy bootlegger. But his powerful athleticism, acrobatic grace and rhythmic facility make him a pleasure to watch throughout the show.

Regina Peluso, as Gail, the long-suffering wife of Mack, is flawless throughout. Her combination of balletic precision and artful funkiness are a mark of both her dancing and choreography. Renee Guittar as Martha is also strong and a pleasure to watch. Her power and precision couples with slinkiness and athleticism, providing a stylistic contrast to the lighter feel of Peluso. “Fever,” late in the second act, provides another strong company performance. By the end, a nice surprise provides the exclamation point for the evening.

The Belmont Hotel clearly announces the arrival of an exciting new company to the Twin Cities. Keep an eye on Collide. Their entertaining and engaging style is sure to win over Twin Cities audiences—and they might just succeed yet in creating a great new Broadway-style jazz dance musical.