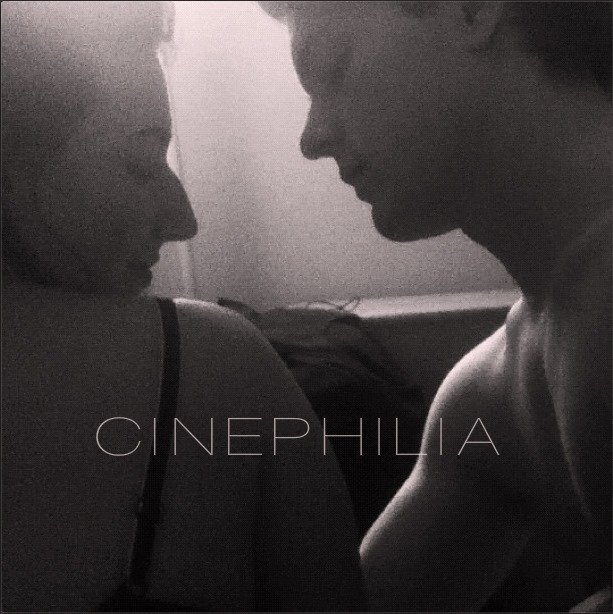 7th House Theater’s production of Leslye Headland’s play Cinephilia is a piece of theater that probably shouldn’t work—and yet it does. Cinephilia is one of those weird confluences that happen in a town like this where the right play meets the right theater company at exactly the right time. Any one of those elements is off and the whole thing falls apart. The entire premise of the script is the very definition of “first world problems”—and yet against all odds, I care instead of sit there rolling my eyes. Beautiful, self-involved, twentysomethings talking about art and longing for a chance at a meaningful connection with another human being, and/or an opportunity to break away and express their creativity. All forms of media are littered with these kinds of stories and most of them are dreadful, but not so here.

“When you’re plowing into me, you’re thinking, ‘Well, it could be worse. I could be watching Pearl Harbor right now.’”

The trick (not that it should be a trick but most writers miss it by a mile) is that Headland has written a play with three-dimensional human beings. They’re people first, cinema junkies second. The script is packed full of quotes from movies across the spectrum from art films to lowbrow popular entertainment, and drops so many names that you sometimes feel you’re getting a crash course in film studies. But Headland doesn’t do this in place of character development. She doesn’t lob familiar quotes from beloved movies at us as a shortcut to unearned sentiment. The vocabulary of film these characters deploy means something to them, and helps us learn something about them they might not otherwise reveal in “normal” conversation.

“The only thing the Academy likes more than retards and whores are actors who direct.”

Johnny (Torsten Johnson) works at a video store (a dying breed even back in 2010 when the play first appeared) and takes movies into his system at a pace that seems almost intravenous. The store is an ideal place to meet (and bed) women, of which Johnny takes full advantage. But his long-term, “no strings” f*ckbuddy Arden (Miriam Schwartz) has just discovered not only that Johnny has started seriously dating someone else, a woman of means named Natalie (Cat Brindisi), but Johnny is also planning to ditch life in New York and his best friend and roommate Plato (Grant Sorenson) to move to Los Angeles. You’d think that since Arden knows things that Natalie and Plato don’t, things Johnny wants to keep under wraps, that Johnny would try and avoid getting Arden angry with him. You would be wrong.

“You just said the best you could ever get is Soderbergh, like it was an STD.”

Cinephilia is the “Lust” play in Headland’s cycle of one acts exploring the Seven Deadly Sins and it certainly lives up to the label. A sign at the box office warns of “smoking, drinking, coarse language, sexual acts, and lots of movie references—so have fun.” Arden in particular is brutally frank on the topic of sex—to both comic and dramatic effect—and Miriam Schwartz makes the most of her material. I also haven’t seen a woman stick her hand down a guy’s pants on stage—and keep it there—in a while (though maybe I’m just not getting out enough). Johnny also spends the first half of the play without a shirt on—and the shirt once it goes on doesn’t leave a lot to the imagination either. Johnny knows how to capitalize on his assets to keep Arden off balance.

“That was two Parker Posey movies in the space of 30 seconds. We are *those* people right now.”

But Arden isn’t the only one getting knocked off balance by her feelings. Natalie has the same unsettling effect on Johnny that Johnny has on Arden. And this is what I mean about the right actors at the right time. These four performers are the age of their characters. They don’t have to strain for authenticity. They understand these people in the script. Under different circumstances, they could be these people. Which is almost harder to pull off, in some ways.  But this cast nails the details of this situation time and again. Kudos to director David Darrow for pushing his actors to dig deep. It’s the depth and genuineness of feeling that sells this scenario. It doesn’t feel shallow. It feels like something major is at stake. These people all have something to lose.

“Do you guys jerk each other off watching Midnight Cowboy?”

Cat Brindisi is a great example of this. The role of the clueless girlfriend could have been a thankless one. But that’s not how Headland wrote it, and it’s not how Brindisi plays it. Natalie is operating on a different level from the other three characters. She comes from privilege, and though she is aware of this, she seems almost completely oblivious to how she sounds to other people. She speaks of things like the family’s extra home in L.A., or a trip to Berlin, as if these are normal things that everyone has as a regular part of their life. She’s not rubbing anyone’s nose in it. It doesn’t occur to her that other people’s circumstances are different. It takes an active effort for her to understand and connect with the realities of Johnny, Arden and Plato’s everyday lives, and how much harder they are. It’s fascinating to watch her work at it, because she cares about Johnny.

“It’s gonna be like the end of ‘Good Will Hunting’. You’re gonna get Ben Affleck’d, dude.”

After seeing Johnny working Arden for the first half of the play, watching the change in Torsten Johnson when Natalie enters the picture is a lot of fun. Even speaking to her on the phone, Johnson is a different guy. He’s still Johnny, but he’s Johnny suddenly unsure he can make this work. Johnson’s body language (as well as verbal language) makes a shift, sometimes subtle, sometimes radical, when Natalie enters his apartment. He is no longer the biggest presence in the room. Like Brindisi, Johnson’s work has a subtlety that’s often mesmerizing.

“It was Halloween. I was Edward Scissorhands. You were Jack Nicholson in Chinatown.”

Miriam Schwartz really delivers on Arden’s brashness, but she also bowls you over with how emotionally naked and raw she can sometimes be. You feel like shaking her and saying, “Girl, ditch Johnny and find a guy who will actually appreciate what you have to offer.” Plus, Schwartz has a good arm. She uses beer as a weapon. She nails a both guys in the back with an open can of beer and each time it happens, it’s both violent and hilarious.

“I hate it when you do that, pretend you’re human. It’s creepy.”

Grant Sorenson as Plato has a real flair for comic timing. The juggling act he has going with trying to keep Arden, Johnny and Natalie all on their best behavior is a real hoot to watch. But Plato cares deeply, too, even if he tries to convince himself otherwise and laugh it off. Though he cares for Arden and Johnny, and admires Natalie, he’s not above speaking the truth about their faults, whether or not they happen to be in the same room at the time to hear him.

It’s not easy to keep one scene believably flowing without a break as characters come and go. There’s often a point where something seems forced or the energy lags. But Headland’s script avoids these pitfalls and keeps barreling ahead. 7th House Theater’s production builds on the strengths of the script and brings all of their own to bear as well. Heck, the thing is staged in a building called Q.arma that’s room after room of artist studios. The brick wall and windows of the studio where the play takes place are a perfect setting, and let in the glow from the night outside, so even when the lights are out, we can still sense the action going on in the dark (no pun intended). Though, since it’s not a traditional theater space, the seating arrangement sometimes makes it hard to see what’s going on down on the floor—and that’s where the mattress is.

“I was probably drinking by myself, screaming at the sweaters in my closet.”

You don’t need to be a film junkie to appreciate Cinephilia, though the friend who came with me got some of the jokes even before they landed because he knows a little more film than me. Everyone can enjoy it on their own level. Like I said before, Cinephilia is an oft-told tale, but in this case it’s well told by 7th House Theater, so it’s well worth seeing.