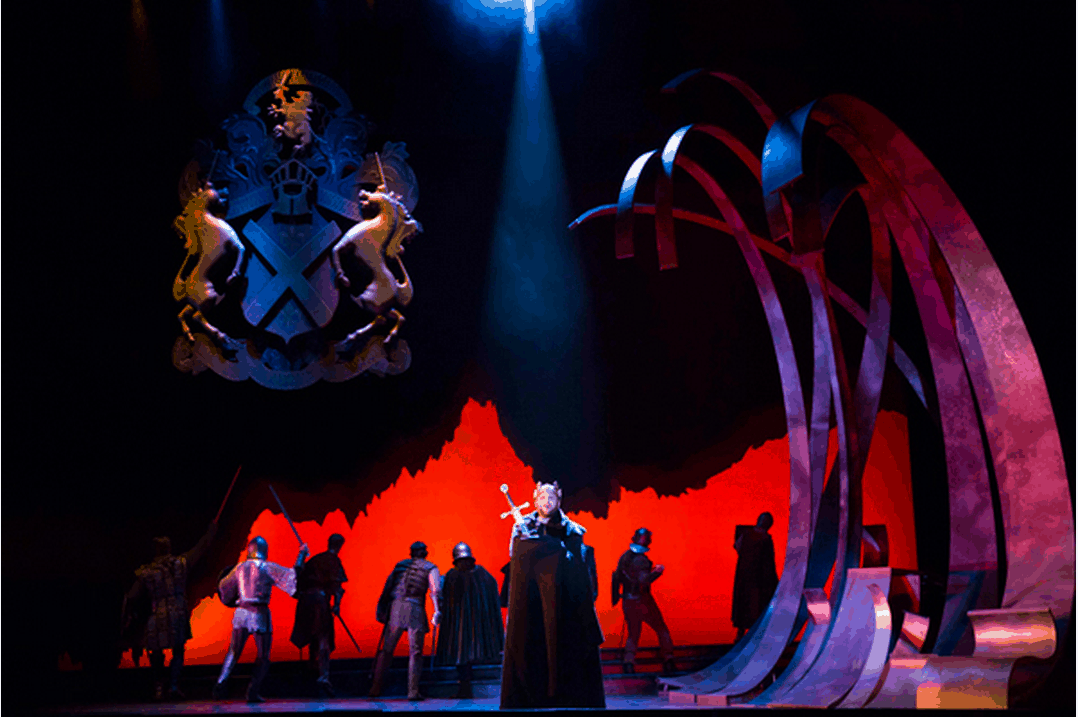 The touring production of Camelot.

Take a walk over to Rice Park at night, peer through the glass at the Ordway, and you might notice that the Music Theater has been occupied by a squadron of marauding knights. This armored band bears the crest of a Camelot tour, but the production that they present and represent is not your grandfather’s Camelot.

The first thing that stands out about this revamped production is that it bears a very strong visual resemblance to a certain Game of Thrones. The second thing that stands out is Mary McNulty (Guenevere), a riveting stage presence with a beautiful voice. Sometime after McNulty flits off the stage for the first time, it becomes increasingly obvious that most of the musical numbers have been cut down. This is a telescoped version of the original, much as you might imagine a TV adaptation to go.

As many visitors to CTC’s Peter Pan production have remarked recently, not all TV adaptations are equal. The Camelot tour takes after the good ones: it is visually stunning in surprising ways, has a good number of carefully used effects, and never lags. Left on the cutting room floor are a lot of verses, all of “Then You May Take Me to the Fair,” and significant chunks of the original script and accompanying incidental music. Of these, the verses are the elements that fans are most likely to miss; in general, however, the adaptations come across primarily as accelerating the drama. Mordred (a scene-stealing Kasidy Devlin) comes out rather superior in the bargain – and the proud winner of the “most likely to order a Red Wedding” prize.

In vocal terms, most of this cast is quite gifted; the company as a whole, however, is a little on the smaller side for the Ordway’s expanse. “The Jousts” and its aftermath – one of the most moving episodes in the performance – plays well with the size of the group, but in most of the other crowd scenes the company was noticeably and aurally smaller than desired. (This is exactly the sort of situation where the old practice of casting local extras to fill out the chorus should be revived.) “The Lusty Month of May” works in no small part because of McNulty’s energy and presence, but when some of Mordred’s lackies from “Fie on Goodness” have to double as Lancelot’s followers in “Guenevere” it’s confusing and just not very effective when you can’t tell which side is supposed to be which.

Speaking of witches: Kate Turner (Nimue)’s ensorcellement of Merlyn was one of the vocal highlights. Some of the male leads were off their game vocally on opening night, but the chemistry and tension in the Arthur-Guenevere-Lancelot love triangle was strong and often crackling. That tug-and-pull and Mordred’s biting sarcasm were never dull to watch or hear.