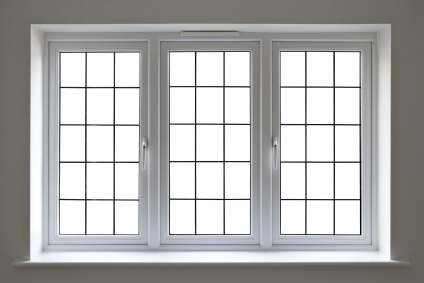 Green building may be all the rage, but many of the oldest homes can be made as energy efficient as the newly constructed LEED-certified building down the street. The road to a newly sustainable older home is not without its bumps, but here are some of the key places to begin.

This is one of a series of stories written by students in the Sustainable Communities class at the University of Minnesota.

Often an older home comes equipped with appliances that are as old as the house itself. Drastic advances have been made in appliance technology, and taking advantage of this will reduce energy consumption. Neely Crane-Smith, a home energy auditor and Community Education Coordinator for the Center for Energy and Environment, a Minnesota based non-profit, said that appliances such as the refrigerator, furnace or boiler consume the most energy; so switching to an Energy Star Certified appliance should be a priority. “This is a really great opportunity for people to save some money,” she said. Though there are high up-front costs for replacing inefficient old appliances, the energy savings will offset the initial investment. City, state and federal level rebates can make the financial commitment more feasible and sometimes tax deductible.

2. Updating the insulation in walls and attic

Minnesota winters are brutal, and our summers can be just as vicious, so it is important that homes are properly insulated against the elements. “A lot of people have un-insulated walls,” said Crane-Smith. “In some of these older homes we are in, we’ve found horse hair, steel wool, and newspapers from the early 30s” in the walls. She joked “it’s like sending your kid outside in the winter in a tee shirt and shorts!” It’s actually quite easy to find out what kind of insulation a home has, by drilling a small hole in the back of a closet (or somewhere out of sight) and examining what’s there.

Patching up cracks and ensuring vents and other ports in the exterior walls are well sealed will also save energy, and keep the home much more comfortable.

Old incandescent light bulbs are draining your pocketbook! A popular (and increasingly affordable) option is Compact Fluorescent Lightbulbs or CFLs. Switching is easy, and relatively inexpensive, and produces savings in home electric bills.

The human factors makes a big difference in home energy use (and costs.) Crane-Smith suggested that actually programming thermostats and letting them control temperatures. “There have been studies that show that about half of the people that have programmable thermostats have them set on hold,” she said. This is part of the reason that Energy Star no longer certifies programmable thermostats, she said, “because if they aren’t used properly, they don’t save any energy.”

Unplugging anything that isn’t in use also saves energy. Even if electronics are “off,” they are still using energy. Crane Smith described this as “the constant leaky faucet of electricity” and stated that, “An average Minnesota family has between 30 and 40 electronics plugged in at all times. And when that stuff is plugged in… people are paying for energy they never get to use”

She also suggested washing clothes in cold water, as 90% of the energy used by washers is spent on just heating water.

To learn even more about getting homes on the track to sustainability and local programs that can make this transition easier, visit Minnesota’s Center for Energy and Environment.