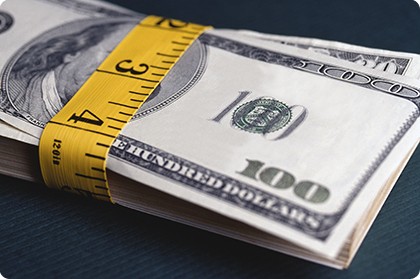 Economic analysts are warning an eventual recovery from recession won’t mean returning to “normal,” or a restoration of the economy we had before the slumping U.S. and Minnesota economies crossed into recession territory in late 2007.

Terms like “a jobless recovery” are being used. The consumption-dependent economy we had is likened to Humpty Dumpty, cracked and beyond repair. Business leaders and economic development planners are advised to look at rebuilding and retooling for a new economy – no matter what shape it takes in the months and years ahead.

profiled Sauck and her business two years ago. The regional magazine publisher and advertising agency operator was in an expansion mode, seemingly immune to the storm clouds swelling over both the publishing and advertising industries.

Well, her business wasn’t immune, Sauck said in an update interview. Advertising for her bi-monthly magazine, Womeninc, dropped off just like it did for other magazines, newspapers and broadcast media. Southern Minnesota and neighboring northern Iowa clients for her The Ad Pros advertising agency scaled back their ad budgets – some went out of business – causing a negative multiplier affect for her creative ad services.

During the buildup of her business from 2004 to August 2007, employment for her publishing and ad business grew from two employees to 14 – sizable growth anywhere but especially significant in a rural city of 10,400 that was losing population.

Then the recession hit. “I had to close the ad agency when we were losing clients,” she said. Employment dropped off, as expected.  But her Womeninc magazine defied publishing trends and continued to grow.

Sauck went back to Bryan Stading, her business development mentor at the Riverbend Center for Entrepreneurial Facilitation at Mankato, for help with a business plan and help retooling her business offerings.

Her new company is now known at Sauck Media Group. It continues to publish Womeninc. And it has started a new magazine, Caregiving in America.

With the recent rehiring of a graphic artist, employment is back up to 14 – or where it was before the full impact of the recession hit her Fairmont business. And going forward, she said, more people will be brought in to work in various capacities at Sauck Media Group.

The retooling of her business necessitated bringing in outside investors, who are actually from southern Minnesota, she said. This is giving Womeninc the financial support to expand across the Midwest from what has been its base in south-central Minnesota and north-central Iowa.

It is also giving Sauck Media Group the wherewithal to take Caregiving in America into national distribution, recognizing that care giving is both a growth industry and vocation for people nationwide with America’s aging population and special care needs given the current health care environment.

And there’s more coming. At some point in 2010, Sauck Media Group plans to introduce another magazine called MN Rivers. “It will be a combination tourism, environmental and lifestyle magazine for a regional market … at least at the start,” she said.

Coping with the recession has meant a change in business structure and a change in product mix that continues to make Sauck Media Group a model for entrepreneurs.

The former means refocusing the company with outside investors, and there may be a further limited offering of equity as MN Rivers gets ready for its launch, she said. What’s more, she has found there is investment capital around to support good ideas, regardless of the continuing weakness in the economy.

And the product mix and new products also reflect a major change in attitudes. Womeninc is expanding from a localized market to a broader Midwest region; Caregiving in America will be a magazine for national distribution, given the commonality of focus issues, and MN Rivers starts the process all over again with a targeted region.

These have been tough times for media, Sauck agrees. “But the printed page and paper aren’t dead.”

There are lessons here for state and local agencies involved with economic development and the business advisors who assist entrepreneurs with business plans. We may not put Humpty Dumpty together again, but there will be new markets and new market niches to serve in the new economy.