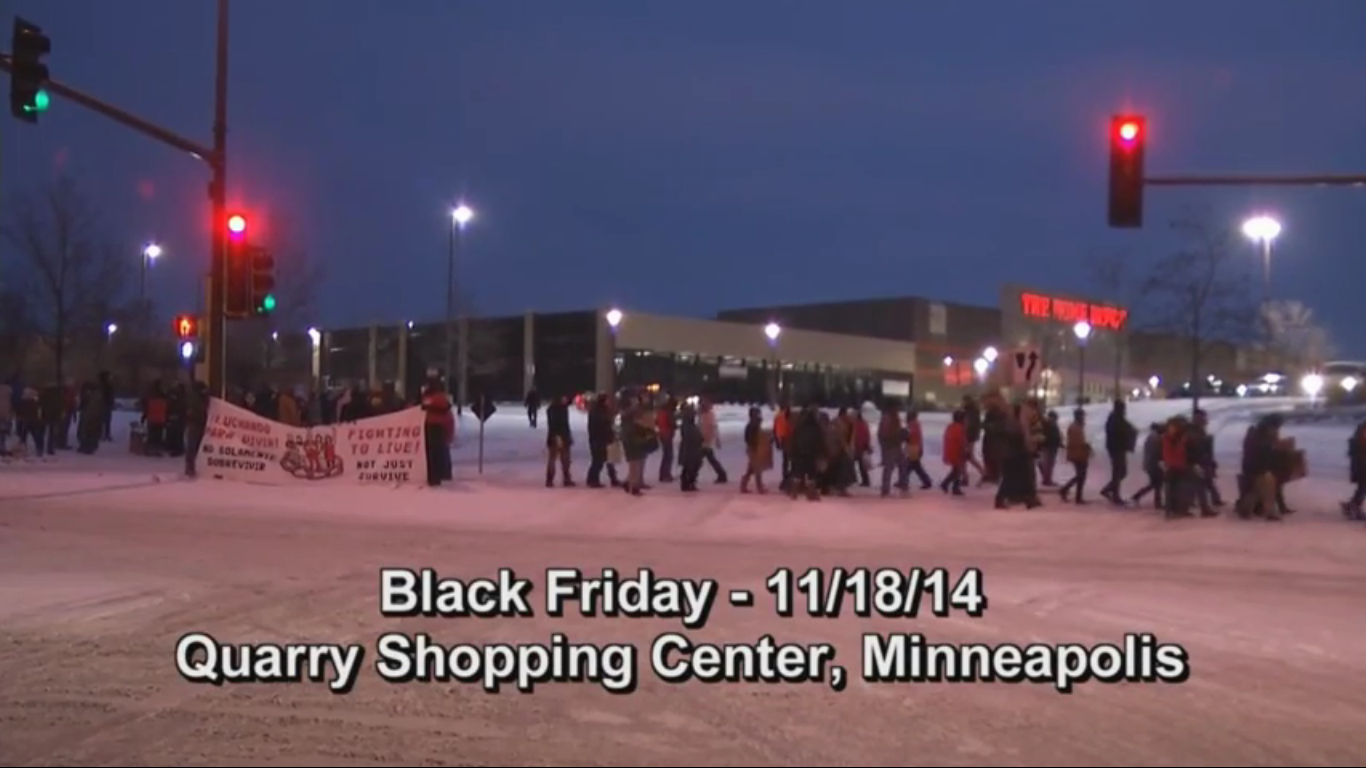 (Scroll down for video)

While shoppers crowded Minnesota stores for “Black Friday” shopping, the workers who clean those stores demonstrated in Minneapolis for better pay and working conditions.

Joined by 150 supporters, they rallied Friday at The Quarry shopping center in Minneapolis.

“I am fighting to raise our wages and secure better working conditions. With better wages we won’t have to work multiple jobs taking time away from being with our families,” said Luciano Balbuena, who works for Kimco, the nation’s largest owner and operator of shopping centers.

“With better working conditions we can take better care of ourselves on and off the job.”

In the last 10 years, retail janitors in Minnesota have seen their hourly wage fall from about $11 to the minimum wage, currently $8, a CTUL report issued in 2012 found. Meanwhile, their workload has doubled, the report said.

Friday’s event was part of an ongoing campaign by CTUL to improve the lives of retail cleaners. In June, after four years of organizing that included three strikes, CTUL announced a major victory when Target Corporation adopted a Responsible Contractor Policy. The policy:

CTUL is calling on other major retail stores to follow Target’s leadership by adopting the same Responsible Contractor Policy.