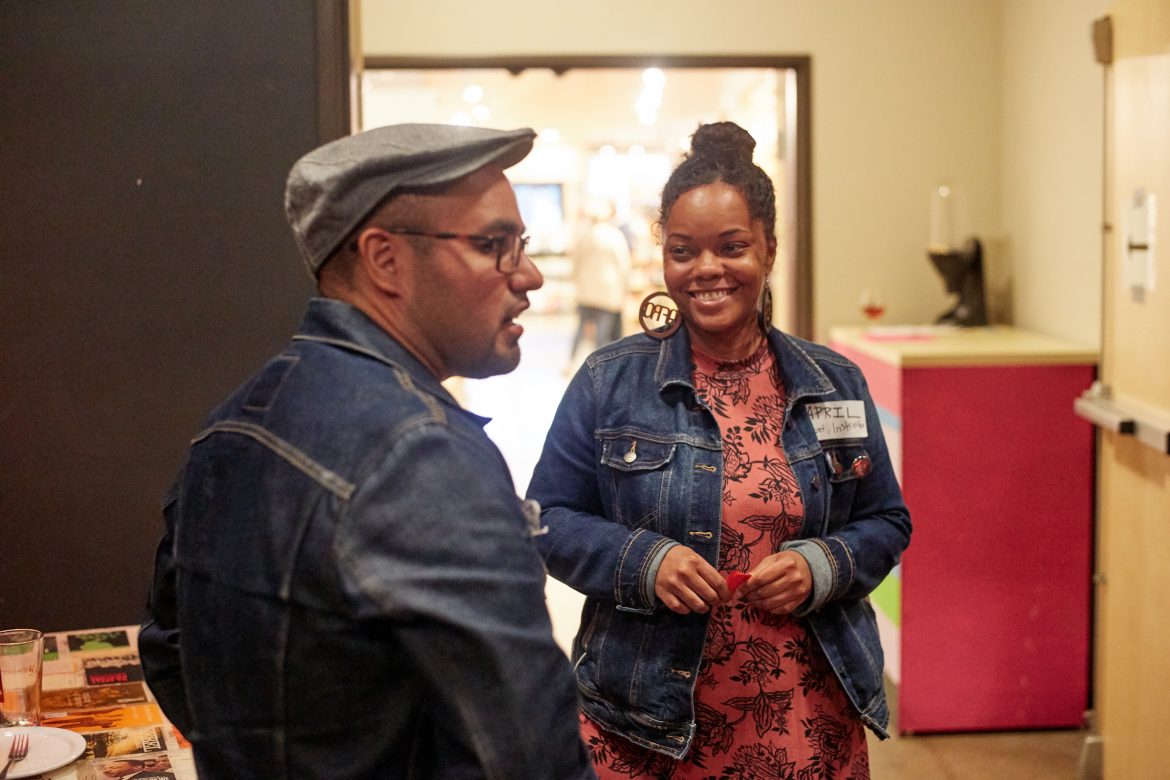 Michael Torres and April Gibson are local creative writers who work with incarcerated students through the Minnesota Prison Writing Project, pictured here at a recent gathering in Minneapolis. Photo by Uche Iroegbu.

Erin Sharkey is preparing for a nature writing course she will offer at the Faribault Correctional Facility, a medium security prison. “It would be great to be able to have people spend time in nature when they are thinking and writing about nature,” said Sharkey. As a local artist, writer and instructor at the Minnesota Prison Writing Workshop, Sharkey would like to bring in sensory-rich objects, such as leaves, as a writing prompt for the students. But, she is not allowed to take a leaf inside the prison so she brings pictures of leaves.

The everyday struggle to maintain one’s humanity inside Minnesota prisons remains largely out of sight. The numerous challenges that incarcerated people face in Minnesota prisons, from labor issues to costly 15-minute phone calls, are widely documented. It is also well known that the U.S. has the highest incarceration in the world, with approximately 25 percent of the world’s prisoners, but only 5 percent of the world’s population. People inside America’s prisons are at high risk for “violence, substance abuse, mental illness, and infectious diseases,” according to an article in Public Health Nursing. If we reconceived of the rehabilitation of our prison population as a public health issue, would we take more care in how they are treated, so that their humanity remains intact, or is even restored before they return to the free population?

It is important to keep in mind that most people serving time inside Minnesota prisons will be released back into the general population. Of the 9,849 adults serving time in Minnesota as of July 2018, only 609 have life sentences, according to the latest state offender statistics. (Minnesota abolished capital punishment in 1911.) The chance to access meaningful and effective rehabilitation resources, including various types of education, can be a factor in reducing recidivism. While Minnesota has an overall low rate of crime compared to other states, it led the nation in recidivism at 61 percent of ex-offenders re-offending, according to The PEW Center on the States study in 2011.

Safety comes in different forms. In Germany, prisons are designed with concern for both “architectural safety” and “relational safety.” The first term refers to the structure and design of the building and processes related to physical safety and security. The second term comes from the field of psychology and refers to one’s sense of inner security. Without this inner safety and freedom from fear, a person cannot extend empathy toward others. When they are feeling secure, they are able to relate to others with less fear and more compassion and connectedness. This idea of relational safety seems to apply to the work that the Minnesota Prison Writing Workshop does with incarcerated students throughout the year and at several different facilities across the state.

“Everybody who’s in prison…is there because of pain that came out the wrong way,” said Paul VanDyke, who prior to doing five years at Minnesota Correctional Facility-Lino Lakes, a state prison located 15 miles north of the Twin Cities that houses a medium-security and a minimum-security unit with a total of 1,300 adult males, served six years in the military including two of them fighting in Iraq.

“When I came home I had just finished two years of war… I just felt constrained. I wouldn’t talk about it, I couldn’t express my emotions, I refused to cry about it,” said VanDyke. The absence of an outlet meant that for him, “everything [came] out in the worst way possible.” “In Iraq we don’t have feelings, that’s just how it is,” he said. 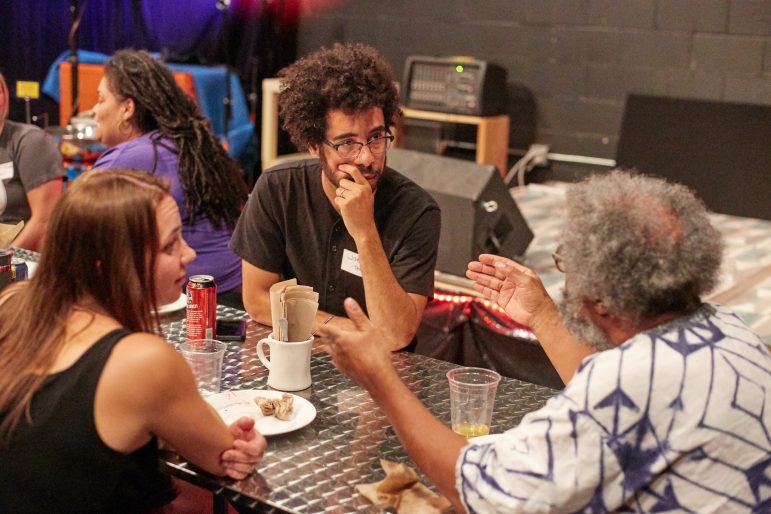 In an environment that can be described as sensory-deprived, engaging the imagination helps prisoners stay connected to the fullness of their humanity, which may include moves toward various types of restorative justice. Sharkey asks students to think deeply about their lives, beyond or deeper than their current consequences and confinement, “For the most part, folks are not writing about the reason that they’re incarcerated,” Sharkey said. “A lot of them are writing about the people that are important to them, they’re writing about their childhood.”

Decades of research show that having strong social bonds is important for emotional wellness and overall health and longevity. Educational programming that requires incarcerated students to get personal, to use their creativity, and to be vulnerable with each other creates a different kind of space within the larger institution of the prison. “The [creative writing] page was something I could throw away when I was done, I didn’t have to give it to anybody and that felt safe to me,” VanDyke said as he reflected back to the early days of the class at Lino Lakes. Eventually, he allowed himself to be vulnerable enough to share with his classmates and teacher. He said that this was an act of faith on his behalf, just like it was for the other students and that those were the building blocks to help build a community in a place where community doesn’t usually exist.

MPWW offers a range of creative writing classes to incarcerated adults. As of today, it runs approximately 25 classes in eight state facilities including essay writing, fiction, nonfiction, poetry and spoken word. “The one thing I found was the more writing there was, the more programming there was, the more that community was actually built to where there were guys all over the prison that I could talk to about writing. There were guys I could talk to about my personal stuff. It developed an arts and humanities community within what’s normally a very shit environment,” VanDyke said.

VanDyke explained that because he felt the rest of the prison personnel saw him as just another inmate, being seen by MPWW as a student was restorative to his humanity. “Writing is so transformative, it was a huge part of my recovery [to reintegrating into his community],” he said. Since leaving prison, VanDyke became a published writer, radio host for Minneapolis community radio station KFAI 106.7 FM and currently sits on MPWW’s board of directors. “I’ve gotten out and I’m just always trying to do the next right thing,” he explained. “In a couple of months a guy that’s getting out of prison is going to be living at my house because he doesn’t have a place to go – and I see him going places.”

MPWW hosts an annual reading where teachers and mentors read selected work by current and recent students at Hamline University on Oct. 20 at 7 p.m. This event is free and open to the public.