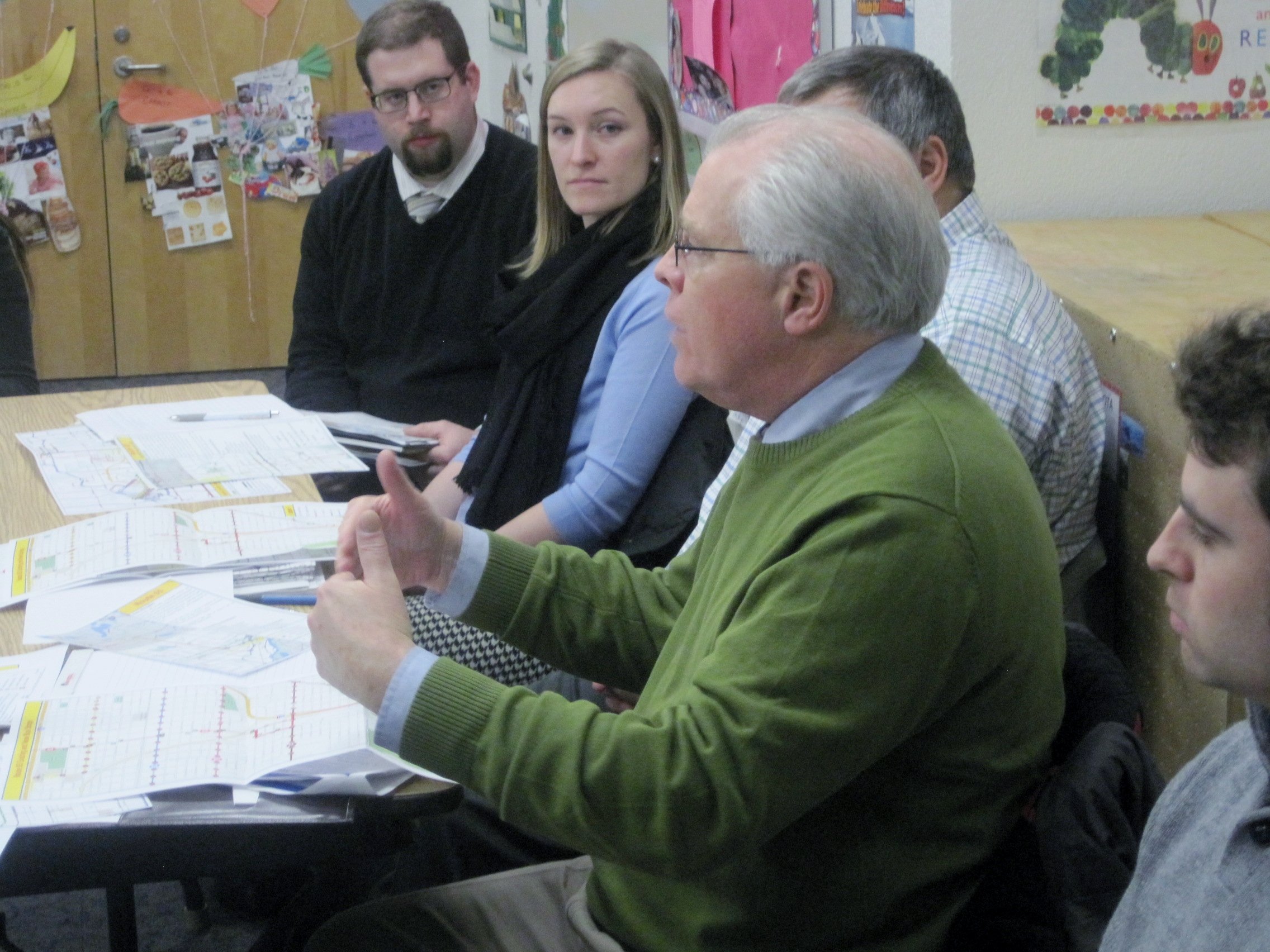 Two dozen residents turned out January 13th at the Linwood Rec Center to hear the final Metro Transit plan for helping Summit Hill residents and others south of University access the Green Line LRT by bus…. and many of them liked what they heard.

The focus of the public informational meeting included details of the new Lexington Parkway #83 feeder bus line and the extension of the Dale line #65 back down to Grand Avenue – to where it ran up until 2001.

The meeting was organized by the SHA Pedestrian Safety and Traffic Calming (PS&TC) Committee in collaboration with Metro Transit and City Public Works. This was actually the second time that SHA has held a public informational meeting on Metro Transit plans to increase LRT ridership through new or redesigned feeder bus access on established bus lines in preparation for the opening of the Green Line this summer. The first meeting for Summit Hill was held at Linwood back in April 2012.

During the 2012 Metro Transit planning & design phase, the PS&TC Committee and area residents worked with Metro Transit and city staff to define the planned Route #83 that runs from West 7th Street, and along Lexington Parkway to points the Green Line and beyond. 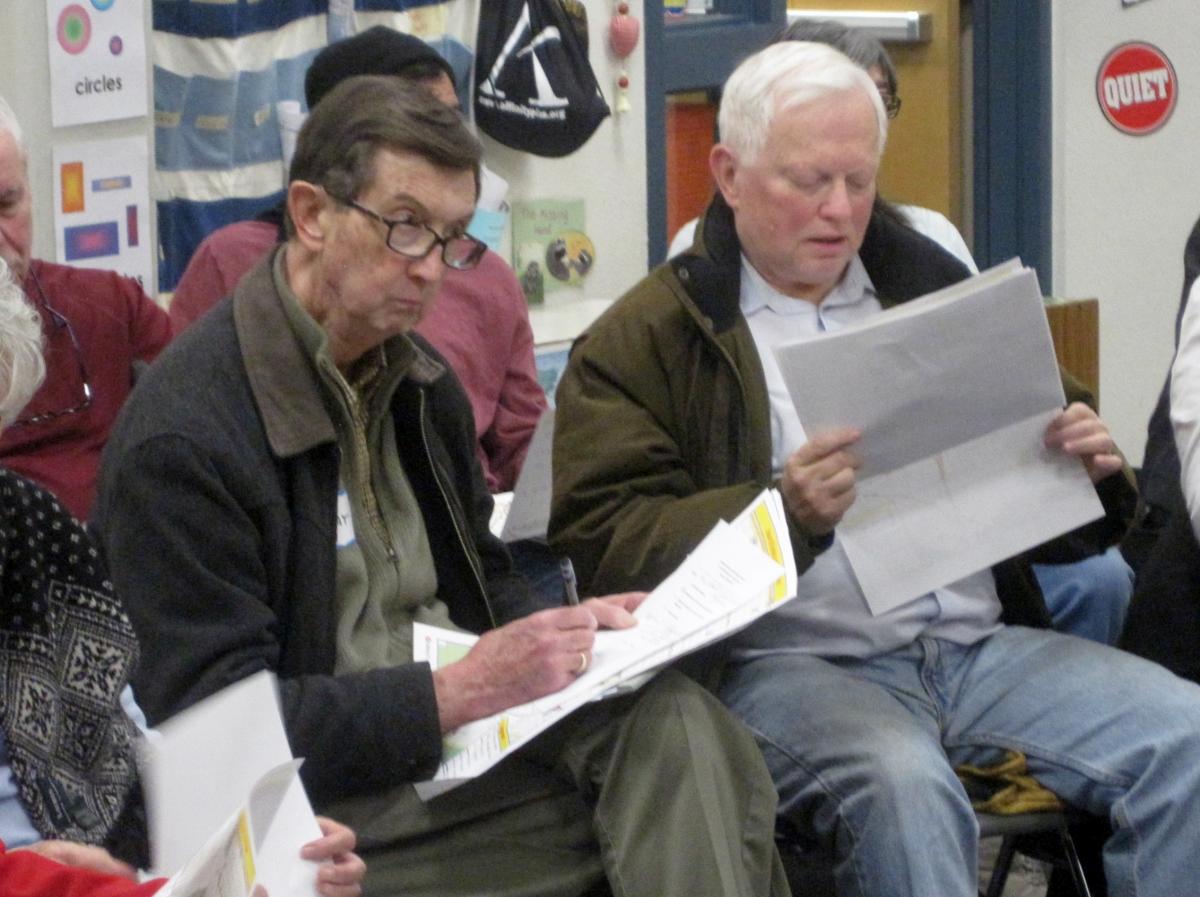 Residents Pat Flahaven and John Hottinger were among the residents who reviewed the materials from Metro Transit staff.

Predictably, there were many questions, raised by those attending this January meeting, who were looking for details and sharing their concerns related to topics such as frequency of buses on each line, location of bus stops within our Summit Hill boundaries, the size of the buses on Lexington Parkway, and increased traffic congestion on Lexington. By and large, the participants were excited about the changes that would make it much easier to reach the Green Line from Summit Hill. But there were valid concerns about traffic congestion for cars going either north or south during peak hours, whether to request the city to put in a left turn arrow at Grand for northbound traffic to help improve traffic flow, and even the idea of requesting “no left turns” going west at Grand.

There will be future discussion held between the SHA Pedestrian Safety & Traffic Calming PS&TC Committee and the City’s Public Works Department about some of the issues raised in January. For those interested in being more involved with the PS&TC Committee in future discussions, please contact the SHA office at 651-222-1222 or summithill@visi.com.