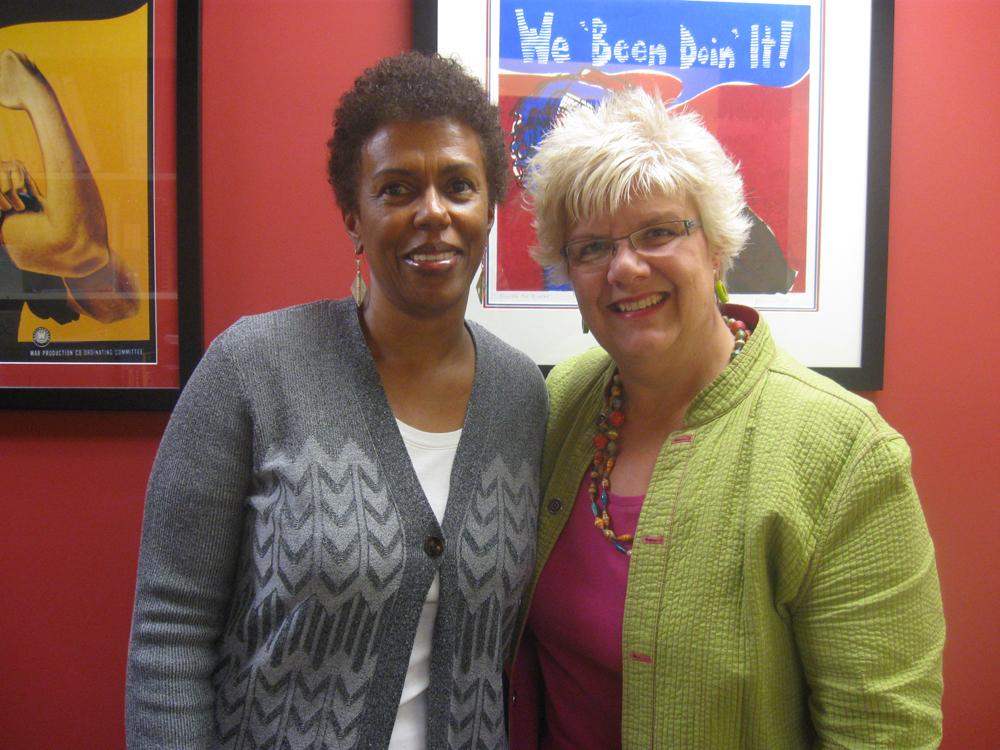 The Women’s Foundation of Minnesota has initiated MN Girls Are Not For Sale, a five-year $4 million effort to see that the world’s alleged oldest profession, the buying and selling of young female flesh, doesn’t get any older.

A tall order. For years, a stretch along several streets in New York City’s infamous Times Square where hookers strolled was known as the Minnesota Strip. FBI stats document that the Twin Cities is among the 13 largest markets in all of America for prostituting adolescent girls.

With Internet activity, particularly on Craigslist, an underage prostitute can be ordered with the mere click of a mouse and about as much compunction as one phones for a pizza. The supply, far from scarce, is fed by a veritable river-flow of victims, girls — on the average 13, according to the U.S. Justice Department, and some 11 or even younger — who’ve fled homes where they were sexually abused, beaten or both in a steadily increasing climate of domestic dysfunction.

There are, as well, children and teenagers who’ve been kidnapped overseas and trafficked here, shoveled like coal on a fire to fuel the incredibly lucrative black-market industry. So, indeed, MN Girls Are Not For Sale has its work cut out for it.

Exactly how is all that money being spent? There is the sentiment that just as the CIA dispatches black-ops to assassinate terrorists, this funding would be put to best use hiring hit squads targeting pimps and traffickers. Women’s Foundation of Minnesota president and CEO Lee Roper-Batker outlines a less severe but nonetheless comprehensive tactic: “It’s going to research. It’s going out into the community in the form of grants. It’s going to public education.”

Hopefully, some of that education will enlighten public and private powers that be on the need for more than two shelter beds in the entire state, both at Breaking Free in St. Paul, that are dedicated to homeless girls desperately fleeing the corner or running away from brothels.

“That’s a big problem,” says Roper-Batker. “Part of the first goal is that we want to ensure that the girls are decriminalized, treated as victims, and have holistic human services.” Twice victimized, females are forced, by circumstance or coercion, into committing a crime and then are viewed more as criminals than as people with virtually no choice in struggling to survive.

Providing specifically designated shelter, Roper-Batker states, is “a critical component that we want to start to fund to make sure groups can look at how do we build and ensure [safe shelter] is available.”

If it is the world’s oldest profession, the oldest image is the stereotype of Black women plying the trade. Stereotypes, it must be acknowledged, come from somewhere. An ugly truth is that urban Black America today is, as it always has been, littered with young women holding down street corners, furtively scuttling down alleyways at the sight of police cars — and ever more prevalently so since the plague of crack cocaine set in.

Sheila Carrington, program officer for girlsBEST (girls Building Economic Success Together) at the foundation, commends what she feels is this initiative’s potential to help adolescent African American females mired in the misery of flesh-peddling. “It has tremendous potential to help Black girls, because what it’s going to do is give these the opportunity that nothing else has given them.

“These are the children, that’s the bottom line — children who haven’t [received the necessary] support for a variety of reasons to keep them out of these situations. So, this work is really critical to saving Black girls in poverty.”

girlsBEST, she says, helps a high number of girls of color, including Black, Hispanic/Latina, and a devastatingly impacted populace, Native American girls, roughly 20 percent of whom have been sexually abused by the time they’re in ninth grade.

“Girls who get support do very well. [Those] in girlsBEST programs are graduating high school at 95 percent.  They go on to [college and technical schools] at 86 percent” — an appreciable leap from flat-backing in somebody’s crack house.

Pregnancy rates, a chronic pitfall for girls of color, are also “extremely low among girlsBEST participants. They have a plan for their lives. They can see themselves as living up to their full potential.” Having gained sufficient self-esteem to see beyond the next buck, the next crack hit, and of course turning the next trick, they can, for once in life, “understand they have a potential. This is why [MN Girls Are Not For Sale] is critical.”

Joy Friedman is women’s program manager at Breaking Free and a recovered victim of prostitution. At 13, Friedman’s brothers helped a boy rape her, locking her in a room with him until she gave in. At 15, a pimp tortured and sexually assaulted her and made her smoke crack. She was set on a course of hopelessness that lasted 23 years.

Today, life is an entirely different story for Friedman. She has been able to pull herself up out of a dead-end existence and now empowers Breaking Free clients to do the same for themselves. She firmly believes MN Girls Are Not For Sale will produce concrete results, amounting to much more than just a lot of money wasted on administrate paperwork.

“I do feel,” she says, “this will be a great project. With the right people doing the work, the changes needed…to stop the violence will happen and the help that victims need [will] be there for them.”

The Women’s Foundation of Minnesota is a statewide organization invested in social change to achieve equality for women and girls. Detailed information about MN Girls Are Not For Sale is available at www.MNGirlsNotForSale.org, or call 612-337-5010.