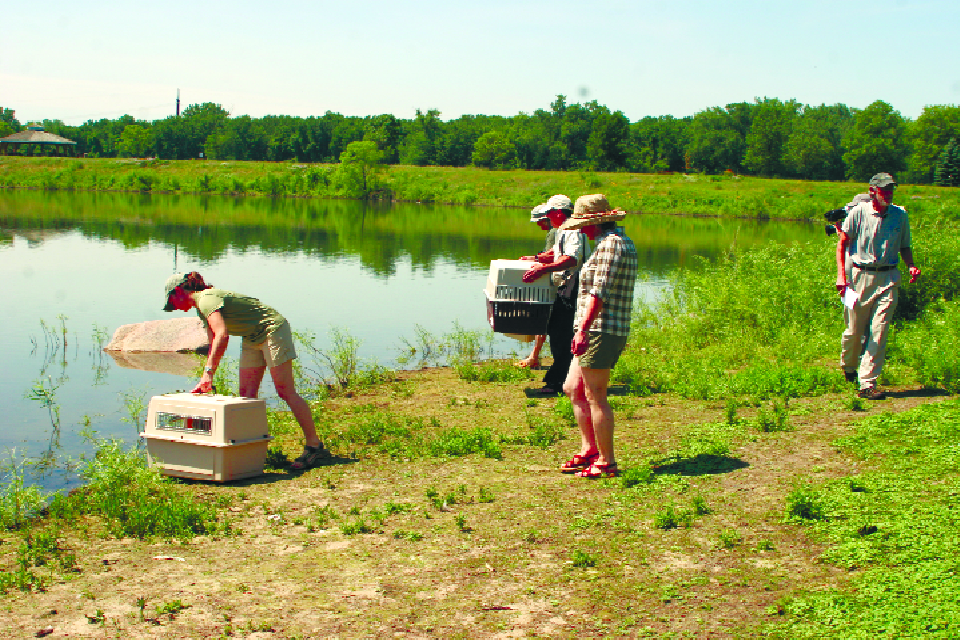 The May 22nd tornado that devastated a large area of North Minneapolis destroyed a heronry of 63 nests on Heron Island, on the Mississippi River in North Mississippi Regional Park, killing most of the baby herons and many of the parents. Nine of the baby Herons survived, were rescued and taken to the Minnesota Wildlife Rehabilitation Center in Roseville.

At the Rehabilitation Center the heron chicks were hand fed for several days as they gradually learned to feed themselves, eating several pounds of fish every day. They were divided into two groups that were about a week apart in age. After a couple weeks of gaining strength and independence they were moved to an outdoor pen to adjust to a larger space and the outdoor environment. After a couple weeks there they were moved to larger outdoor flight cages for the final stage of rehabilitation. Young herons are two months old when they have all their feathers and can learn to fly.

At noon on July 18 seven of the herons were taken to the north end of Cenaiko Lake near a heronry at Coon Rapids Dam Regional Park to be released and hopefully find adults to follow and learn about heron life and migration. The carriers were taken to the edge of the lake and all opened at the same time. One heron boldly stepped out looked around and took flight. Most of the others immediately followed. One wanted to stay in the carrier but with a little encouragement came out and flew to freedom. Another stepped out of the carrier and stood there as if trying to decide if it wanted to leave the “luxury” life or fly to the freedom of the open sky. It finally took flight. The remaining two young herons will stay at the Rehabilitation Center a little longer until they are fully ready to fly. 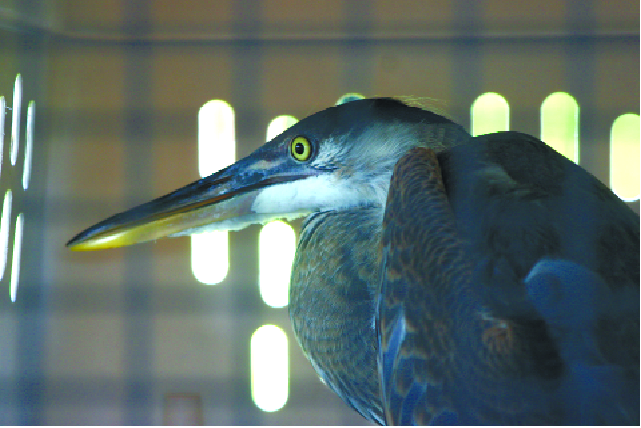 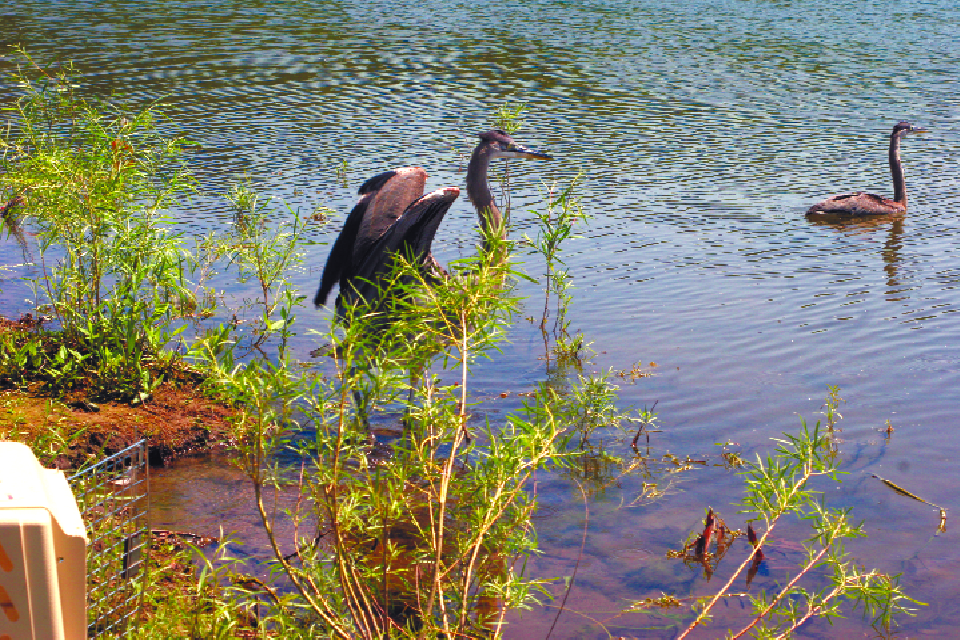