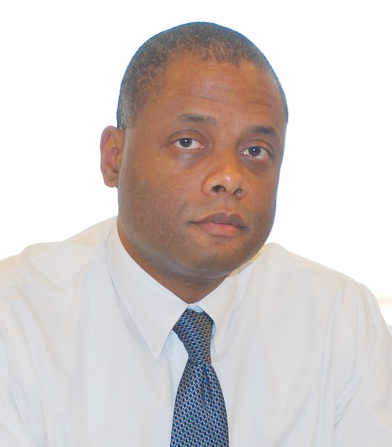 “They [Republicans] seem intent on taking away the state’s ability to fight for equal rights. We believe that it is morally and ethically wrong,” explained Bobby Joe Champion (DFL-Mpls). He was responding to Minnesota House and Senate Republicans, who last week passed the Public Safety Omnibus Bill that included deep cuts to the Minnesota Department of Human Rights (MDHR).

The House version of the bill included a 65 percent cut, and the Senate version requested a 50 percent reduction in the MDHR budget.

“We need to be doing more, not less,” suggested Minnesota Department of Human Rights Commissioner Kevin Lindsey. According to Lindsey, the proposed cuts would make it even more difficult than it already is to processes cases in a timely manner. Presently, Lindsey says that his limited staff takes more than 400 days to complete investigations into charges that are brought.
“No way can we be effective with this level of cut,” said Lindsay. Presently, the Human Rights Department spends 80 percent of its budget on staff and operating costs.

However, Republicans proposing the cuts suggested that the department spends the majority of its budget on education. “We changed their mission and tied the state funds to enforcement, and if they want to use federal funds for education and outreach, that was fine,” said Tony Cornish (R-Good Thunder).

But according to Lindsey, only six percent of the budget is spent on education. Lindsey said he suspects that the reason that this exaggeration has been used as justification to cut his budget is because it is a part of a national right-wing campaign. It is a campaign whose goal is to cut out or restrict enforcement of human rights statutes across the country.

Republican governors in Kansas, Iowa, Oklahoma and Idaho are among those who have recently sought to reduce the size and scope of their states’ human rights departments.

“What this bill says,” explained Rep Kerry Gauthier (DFL-Duluth) “is that Minnesota – which has an issue in discrimination in employment, the worst in the country – is going to walk away from human rights.” Gauthier was referring to a recent Star Tribune article that cited several studies indicating that Minnesota has the largest Black-White unemployment gap in the nation (20.4 percent for Blacks vs. 6.6 percent for Whites).

Presently, the Department of Human Rights investigates charges of illegal discrimination and ensures that businesses seeking State contracts are in compliance with equal opportunity requirements. It also strives to eliminate discrimination by educating Minnesotans about their rights and responsibilities under the Minnesota Human Rights Act.

Incidentally, Minnesota was ahead of its time when it passed its Human Rights Act in 1954. The act prohibits discrimination because of race, color, creed, religion, national origin, sex and sexual orientation in employment, housing, public accommodations, public services and education.

“Such discrimination,” reads the act, “threatens the rights and privileges of the inhabitants of this state and menaces the institutions and foundations of democracy.”

Champion, in floor debate on the bill, pointed out that the cuts would cripple the department’s ability to carry out its mandate to enforce the Minnesota’s anti-discrimination laws. “What sort of message does that send to our broader society?” asked the local legislator. But Republican legislator Cornish insisted that the bill “didn’t gouge” the MDHR but only “reduced their budget.”

On a more encouraging note, Minnesota Governor Mark Dayton has insisted that he will maintain the MHDR’s budget at the same level as in the past biennium. Dayton reaffirmed his commitment last week in his response to the Black Economic Summit held recently in North Minneapolis.