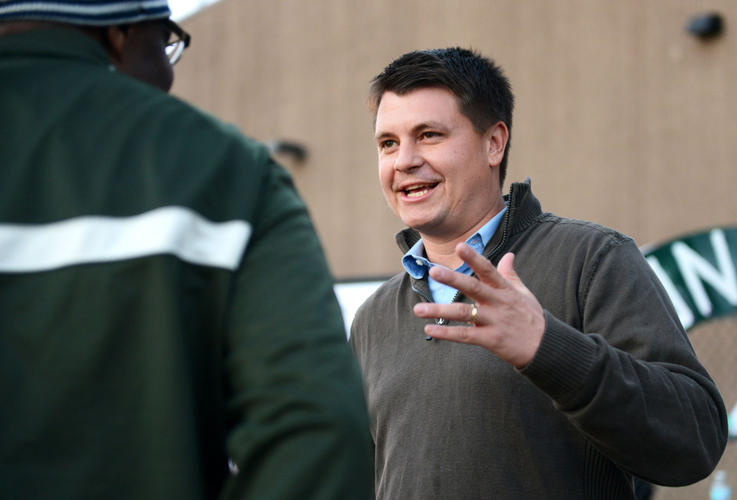 Redistricting has brought parts of Rep. Michele Bachmann’s 6th Congressional District into one of the state’s most historically left-leaning districts.

Democratic incumbent Rep. Betty McCollum is facing Republican Tony Hernandez for the district’s seat in the U.S. House of Representatives.

McCollum was elected in 2000, when she ran instead of former Rep. Bruce Vento, who was not seeking re-election because of a terminal illness.

University of Minnesota English junior Grant Winkels said the affluence of his hometown of Stillwater is evident in the high school and around town.

“A majority of what I saw just growing up there in the 15 years I spent there was a lot of upper-middle class- to upper class- backed policies,” Winkels said.

This culture leads to a lot of Republican support in the city, he said, but a gap between generations may exist.

“Within the community, I would say there is a lack of communication and being on the same page between the youth and the older constituents,” he said.

Culture gaps between suburban Stillwater and the state’s capitol of St. Paul create an interesting political and economic dichotomy in the district.

David Schultz, a professor of public policy at the Hamline University School of Law, said the 4th District is akin to other districts that feature urban cores with a range of economic classes.

Despite the addition of Republican-leaning areas, Schultz said Hernandez will still find success difficult in the 4th District.

“Even though the suburbs might be more hospitable to [Hernandez’s] views, Betty McCollum represents the city of St. Paul, which tends to vote very liberal and very democratic, and that places an obstacle for almost any Republican running,” Schulz said.

Despite a left-leaning district, Hernandez will keep trying to get his message out. He’s used to adversity.

Shortly into his career in mortgage finance, a large stone dropped off an overpass, striking him in the abdomen while driving.

The stone crashed through his car window causing severe internal bleeding. Hernandez couldn’t work and ended up losing his house and savings as a result.

While recovering, he said the bank bailouts spurred his desire to run for Congress.

“This idea of ‘too big to fail’ didn’t sit well with me and still doesn’t,” Hernandez said.

With a background in business, Hernandez said the economy is among his biggest concerns.

“We’ve got to fix the economy. We have to tackle the national debt, and then we have to ensure our next generation, our students, are graduating with plenty of career opportunities,” he said.

Hernandez is aware of the district’s Democratic history, but thinks he could be the change it needs to go forward.

“This is considered such a safe seat,” he said. “What happens sometimes with safe seats is you get legislators that become detached from the needs and the wants and the interests of the people.”

Hernandez, a second-generation Mexican-American, was born in St. Paul and attended the University of Wisconsin-Madison. He said becoming Minnesota’s first Hispanic congressman would be a huge honor.

“It would come with a great responsibility to be a leader for the community and hopefully to inspire other young Hispanic or minorities to run for public office,” he said. “I think we need more diversity in our Legislature, state, local and federal.”

That isn’t the only first Hernandez would achieve with a victory. He’d also become the first Republican to win in the 4th District since 1949.

McCollum has represented the 4th district for almost 12 years, but her career in politics started out rocky.

She lost her first race for North St. Paul City Council but hasn’t lost since in her climb up the political ladder. She served in the Minnesota House of Representatives from 1993 to 2000.

Both candidates listed the economy as the major issue facing both Minnesota and the nation.

“We’ve got a lot of work to do in the next Congress, making smart investments and smart cuts,” McCollum said. “We have to do something about our deficit.”

But she said groups unwilling to work across the aisle make Congress’ job difficult.

“There is a group within the Tea Party that doesn’t think there should be any government,” she said. “If your idea is that government should be dismantled and it has no role in anyone’s life, it’s very hard to come in and find that place in which you cooperate for the common good.”

Working on bringing the Central Corridor light rail to the Twin Cities, she said, is among her proudest achievements as a congresswoman.

With 22 colleges and universities in the 4th district, McCollum said engaging with students is a priority for her.

She said her stance against the voter ID amendment should connect with students because she said it would make it more difficult for them to vote.

“I see that as a disenfranchisement, especially for young voters,” she said. “I represent a lot of students, and they deserve to be able to vote in an election.”

With the redistricting, McCollum said she’s excited about the new areas in the district.

“It’s a beautiful district,” she said. “I mean how many people get to have the St. Croix River and the Mississippi River in their congressional district?” 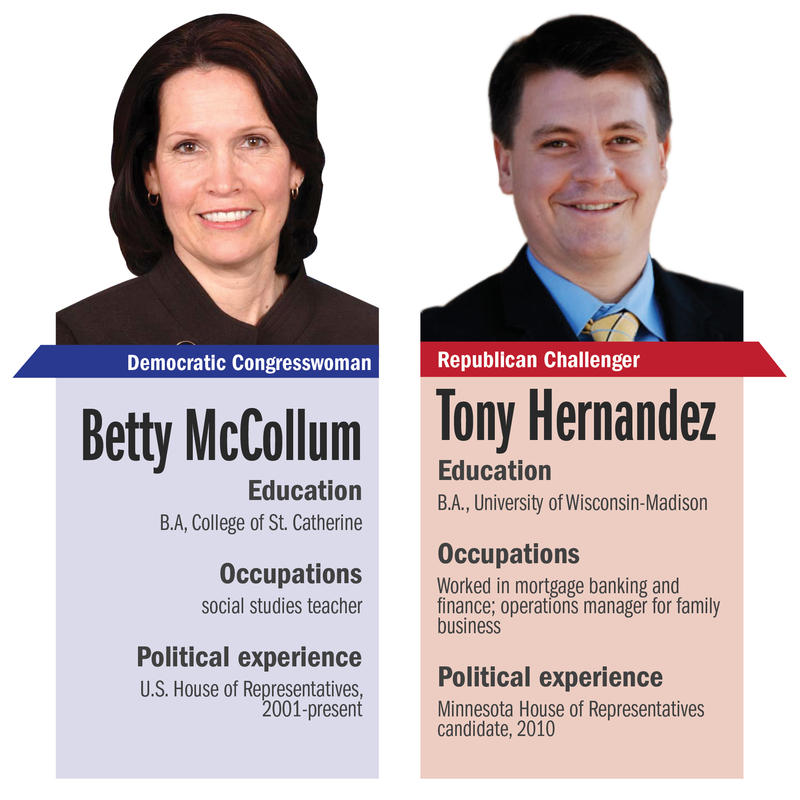