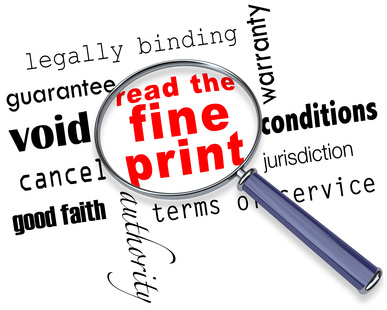 Although Dan Loewenson, Assistant to the Superintendent of Minneapolis Public Schools told me on April 21,  “We’re not foot dragging,” I still have not received the information that I originally requested on February 25 and then again on March 21. This story—and the Minnesota Government Data Practices request—began after local bloggers raised questions about MPS’s decision to hire Don Allen, a vocal critic of the Minneapolis Public Schools. (The contract approval was buried in a consent agenda, which was approved by the newly-elected school board during its first meeting in 2011.) As we investigated, the story has grown to include questions about how MPS awards contracts.

So far, of all of the information I have requested (see here for a rundown) I have only received a few press releases, a contract MPS had with the Urban League (the fiscal agent for Todd Barnes’ Front Street Marketing program, which Don Allen had criticized), and the final report for the Front Street Marketing program.  The report (attached) showed lukewarm results in the program’s goal of increasing participation in tutoring programs.

None of the documents sent to me contain the names of the people involved in the Front Street Marketing program, although Loewenson was able to tell me that his main contact was Todd Barnes.  I asked for access to  emails related to the Don Allen contract and to the Front Street Marketing contract, but have received none. I asked for the products received by MPS as a result with its contracts with Don Allen—nothing. I asked for records of any MPS Board of Education action and/or debate on contracts with Don Allen—nothing.

In mid-April, after I received the contract and final report for Front Street Marketing, and after I published a blog post saying MPS was dragging their feet, I received an email from Loewenson suggesting that we meet and talk.  On April 21, I met him in his office and he said he wanted to explain to me why it was taking so long.

“We’re sequestering information,” he said, explaining that the process involves having each staff member go through all of their emails, setting up a file, which is then collected and sent to the general counsel’s office for “screening.”

In the meeting, I suggested that perhaps I could ask him some questions about the way that MPS handles contracts.  How does the district give out contracts? What is the process and procedure? (I also want to know if there is a history of the district buying off critics, but I didn’t ask him about that, figuring I’d take things one step at a time.) Loewenson told me to ask Gary Anderson about contract procedures.

I called Anderson, who said that MPS is very strict in the way they approve contracts.  “It’s a very rigorous process,” he said.

I told Anderson I had specific questions about a couple of past contracts with MPS.  He said it would be best if I emailed him these questions.  So I sent him the following email on April 22:

Hi Gary.  Thanks so much for speaking with me today.  If you can send me the current written policy for the 50,000 RFP limit and the 15,000 quote limit and the 5,000 contract limit I would appreciate it.  I’m also interested in the previous policy, if that’s available.

Here are a few specific examples that I’ll be looking at.

2) Also in that attachment, in Attachment A, is the example of Design Marmo, Inc. which amended contract originally for 13,500 to $30,000. So in this example, since the contract was extended beyond $15,000, was there not a requirement of additional quotes for the project?

3) I’m also looking at the contract given to Donald Allen (his business name is DWRA2).  He was awarded a contract through the Marketing Department in February for 15,000.  Was that under the new policy or the old?  I believe he initially proposed the project last fall, but it wasn’t accepted until early this year.  Could you explain to me why that was?

Also- was the contract that Allen received announced first, or did he just propose the idea?

4) Also I’m looking at MPS’s contract with Front Street Marketing, through the Fiscal Agent The Urban League.  I’m trying find out the names of the people who were involved in that project (it was in 2008-2009).

5) Is there a list- whether formal or informal- of service contractors that get priority in contract negotiations.  For example, is there a group of people who are emailed potential opportunities?

Thanks for your help

Gary responded on April 26, saying hopefully he would have a response by the end of the week.  I sent another email on May 2 reminding him that I was still waiting for a response.  On May 5, Anderson sent this email:

I apologize for the delay and I am trying follow up from Florida. Your request is being reviewed by others at MPS. They should be responding.

So now I guess I’m waiting for “others” to respond.  And I’m also waiting for my data request I submitted in February.

Some 34 people have donated to this story.  I will not be giving up until I get some answers to my questions.