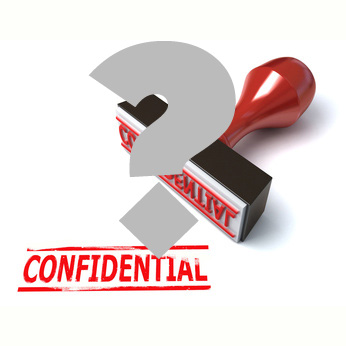 First of all, thank you so much to all of you who have contributed to the story so far.  We are still waiting for Minneapolis Public Schools to give us the data we requested under the Minnesota Government Data Practices Act. As we wait, here’s a behind-the-scenes look at how this law-intended to give the public a way to keep an eye on what government is doing-works in practice.

February 25, 2011: I wrote a letter to Superintendent Johnson requesting access to and copies of all records related to the Minneapolis Public Schools contracts with Donald Allen, and Al Flowers.  I made the request purposefully broad, as to not miss any relevant information-see the sidebar for the whole list of materials that I asked for. IBNN and DWRA2 are two of the names that Donald Allen uses when he does business.

I asked for information about Al Flowers because Donald Allen frequently charges that MPS gave Al Flowers some kind of sweetheart deal, and it seemed fair to ask about both of the contracts that had been questioned. Since then, I’ve heard from lots of people about other no-bid contracts, with allegations of trouble and please that the whole system of no-bid contracts should be looked into.

In my request I agreed to pay reasonable duplication fees for the processing of this request, but asked that any materials available electronically be furnished electronically.  I carbon copied Andrea Kaufman, General Counsel for MPS.

March 14: Nearly three weeks later, I had not gotten any response. I sent another email renewing my request.

March 16: Daniel Loewenson responded to me.  He said that my request was “unduly expansive, overbroad and vague.”  For requests 1, 3, 4, 5, 6, 8, 9 and 10, he requested a time frame.  He also said there are two Donald Allens, one who was a former district employee.  “It appears you are asking about only the contractor, but it is not clear,” he said. He repeated that my request was overbroad and expansive, and said the request would require extensive time and expense to fulfill. “It is impossible to estimate the amount of time or cost at this point,” he said, and said that they would charge both for copies and for the cost of searching and retrieving the documents.  “Your request, on its face, could yield costs up to thousands of dollars,” he wrote.

“Thousands of dollars” is more than I get paid for an article. Neither I nor TC Daily Planet have that kind of money. Nor does any average citizen trying to use the Minnesota Government Data Practices Act to shine a light on secret government deals. This sounds like an attempt to scare us off, and get us to stop writing about the no-bid contracts.

Daniel Loewenson is listed on the MPS organizational chart (PDF below and MPS here) as Assistant to the Superintendent, which seems to place him as the second-ranking official in the district adminstration. The Communications Director, Stan Alleyne, who approved the Donald Allen contract, reports directly to Loewenson.

March 21: I wrote back to Loewenson, clarifying that it was indeed information about the contract with Donald Allen the contractor I was searching for, limited the dates for the information, and clarified the kinds of documents I was looking for.  The new request asked for the following:

1.  all the requests for proposals, contracts, correspondence between persons in the district office of MPS and contractor Donald Allen (individually or as representatives of other business entities) and IBNN during the past 12 months, specifically related to contracts, proposals for contracts, inquiries regarding contracts between Donald Allen and MPS;

3.  all products received by MPS as a result of contracts with Donald Allen or IBNN or DWRA2 during 2010-2011, including preliminary work;

4.  records of any MPS Board of Education action and/or debate on contracts with Donald Allen and IBNN or and DWRA2 during 2010 and 2011;

5.  all internal MPS district office and Board of Education correspondence (emails, notes, memoranda, letters) relating to contractor Donald Allen and IBNN or and DWRA2 during 2010 and 2011;

6. all emails and correspondence to and from MPS district offices and Al Flowers, Front Street Marketing, Todd Barnes, in connection with a proposal, request for proposals, or contract with any of the above or with the Minneapolis Urban League during 2007-2011;

7. all contracts and products received by MPS as a result of contracts with Al Flowers, Front Street Marketing, Todd Barnes, individually or in connection with a contract with the Minneapolis Urban League in 2007-2011, including preliminary work;

I also wrote that his statement that the request could “yield costs up to thousands of dollars” seemed inconsistent with 13.03 2010 Minnesota Statutes, which states:

(a) Upon request to a responsible authority or designee, a person shall be permitted to inspect and copy public government data at reasonable times and places, and, upon request, shall be informed of the data’s meaning. If a person requests access for the purpose of inspection, the responsible authority may not assess a charge or require the requesting person to pay a fee to inspect data. (emphasis added)

March 30: Loewenson responded that staff had begun collecting the information I requested, but said it would take some time, and he did not give a cost estimate.  I have not heard from him in the two weeks since then.

In my next post, I’ll write about some questions raised by sources who spoke on condition of anonymity-and the problems of using information from anonymous sources, and trying to verify it. These sources confirmed my impression that MPS deliberately attempts to thwart reporters, and said it has recently enacted a policy to do so.  For those of you who are interested in this story, please consider helping me report it by suggesting people within the district who might be willing to speak. I am particularly interested in finding people who would be willing to be quoted by name, but all help is appreciated.