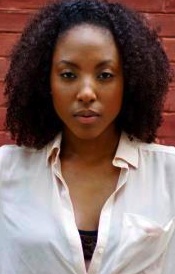 A new report from The Opportunity Agenda points out that favorable public opinion about lesbian, gay, bisexual and transgender (LGBT) people of color is slowly growing among Blacks.

This is part one of a two-part story. Next week: Two local Black women discuss the report’s findings.

The national communications, research and advocacy organization released “Public Opinion and Discourse on the Intersection of LGBT Issues and Race” in September. It examined Black and Latino newspapers, Black magazines and Black online media over a two-year period (2009-2011), and found several common themes. Among them:

Consultant Loren Siegel noted that Blacks “do not equate the struggle for LGBT rights with their struggle for civil rights.” She was among several experts who spoke to reporters, including the MSR, during a September 12 media tele-briefing.

“We are a national civil rights organization dedicated to empowering Black LGBT people. Our mission is to end racism and homophobia,” said National Black Justice Coalition Communications Director Kimberley McLeod. “We currently use [the report] as a tool for media strategizing, and we literally bring the report with us in our meetings we have with various Black media outlets to show them what’s being done right and praise them for the work they are doing, and also pressure them in areas that need improvement.”

U.S. Blacks often see LGBT issues differently than other ethnic groups in this country, according to the report. For instance, 47 percent of Blacks believe that people choose to be gay (versus believing that people are born gay), as opposed to 35 percent of Whites and 29 percent of Latinos.

However, McLeod pointed out, “There is not much in-depth coverage of the day-to-day struggles of LGBT people of color, especially low-income people and the challenges they face in the society at large.”

“The media is the fastest way to ultimately change hearts and minds of people, and we see ourselves as a PR agency for the movement,” says GLAAD’s Daryl Hannah, adding that his organization uses the report for training community groups and leaders. “We really use [the report] as a conversation starter to really engage highly visible personalities to create advocacy [talking] points for younger LGBT people.”

The study also found that Blacks support gays and lesbians to marry legally (45 percent) more than Latinos (41 percent) but less than Whites (51 percent). Hannah says GLAAD also has worked with Black and Latino faith leaders “to show that not all people of faith are anti-LGBT.”

“We also want to educate the national media outlets on their inherent biases when reporting or talking about [LGBT] issues” or discourage perpetuating stereotypes, he said. “For instance, we were working with a particular outlet on a story about [same-sex marriage], and the pro-LGBT voice was a White female minister, and the anti-LGBT voice was an African American male bishop. There was a racial and gender dynamic that the writer didn’t understand how that perpetuated stereotypes.”

Elena Shore of San Francisco-based New America Media said at least half of the 186 articles published in 38 Latino publications were on same-sex marriage.

The report summarized that “LGBT people of color experience marginalization from within their own communities…a ‘double-outsider’ status [where] individuals are systematically separated from even what little opportunity might exist within their own marginalized community.”

To read the full report, go to www.opportunityagenda.org