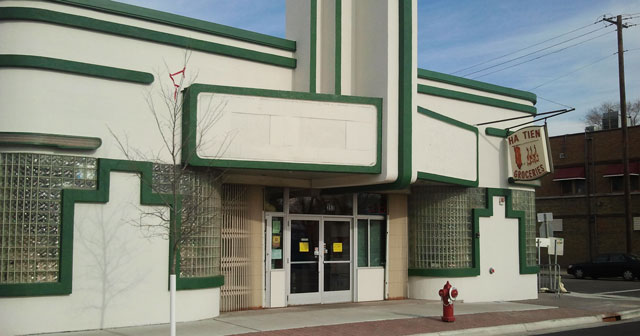 Over a decade ago, Metro Transit broke ground on Minnesota’s first light-rail line.

The original construction stretches from south metropolitan Bloomington’s Mall of America, north to Big Lake, Minnesota. Over the last couple years, construction has continued down University Avenue to connect the existing light rail service in Minneapolis, along the Central Corridor, to Minnesota’s Capitol city of Saint Paul.

On its path from Minneapolis to Saint Paul, the light rail line passes through the newly redistricted area of Little Mekong. While many of you are familiar with Little Mekong, many do not know that the area is named after the Mekong River of Southeast Asia.

The Mekong River largely defines a region in which many of Little Mekong’s residents and business owners originate, either by their immigration, or descent. Through the light rail’s construction, there has been negative impact to University businesses. For that reason, made available to them was a forgivable loan in the amount of $20,000.

Many of the businesses have used these forgivable loans to keep their business in operation, with money for rents, expenses, and recouping the loss of revenues. Others have used these loans to make improvements to their investments. Ha Tien Market, located at 353 University Avenue West, and May’s Market, located at 377 University Avenue, are two such businesses that have already began making changes to their stores and storefronts.

This writer also came to find that May’s Market is more than just a corner market; May’s extends it’s name to the length of the building, east of Western, on University Avenue. The market itself will be seeing new signage, and the building will see a revamping of many of it’s University storefronts.

One such storefront is currently boarded up, as crews from Reiling Construction of Saint Paul work to strip the storefront down to bare framing, completely rebuilding and restructuring the doors, windows, and framings. The storefronts will receive new exterior aluminum window framing and siding, low reflective glass, exterior lighting and signage, as well as brand new awnings. Reiling also claims credit for what you see of the exterior of A-1 vacuum on University and St. Albans.

Ha Tien is facing a nearly complete overhaul of their building, both inside and out. The parking lot has already been repaved, with new drainage to solve the old ‘lake’ that used to develop after a hard rain, or the spring thaw. Ha Tien’s sign will see a new paint job, and the marquis will feature new LED letters and lighting, thanks to Reiling.

By the time construction is complete, Reiling will also have made a few changes to the interior. Looking up, you will see all new ceilings with energy efficient lighting; you will also notice the checkouts have been moved to the left of the entrance.

The market will feature new tile flooring throughout, and along with a restructuring of the existing shelving areas, an immediate brightening to its newly expanded sales floor. The deli will have undergone renovations to open the area up to customers a little more, as well as receiving new electrical and drainage.

Moving further east down University, you will now see that the Bangkok Thai Deli & Supermarket at 315 University has been boarded up. However, if you were to head back west across Farmington Street, you will find the Burger King that used to be, now boarded up and bearing signage that states it will be the new home of the Bangkok Thai Deli & Supermarket.

As the light rail construction continues, and University Avenue starts to operate much like it once did, the businesses along Little Mekong’s Central Corridor begin to thrive again. As the businesses start returning to the ways they knew, they find reasons to make lasting changes that will long benefit not only their business, but the entire area. These businesses have already started to rebuild to their former selves, forming a stronger, brighter, Little Mekong.