Northeast Minneapolis resident Vy Van Pham’s accomplishments span continents, decades and many different causes, but they all have one thing in common, making other people’s lives better.

“He said ‘you eat to live you don’t live to eat,’” said Pham’s son Cuong Pham. “Every day of life you have to make a difference in someone else’s life and if you don’t, then life isn’t worth living.”

From helping refugees, to working as a union organizer in Vietnam, to advising national leaders on diplomacy, to making sure his nine children went to college, Pham touched many lives, but those who knew him best said they didn’t realize how many people he helped, until his death April 2. He had been fighting colon and prostate cancer.

“All these people started telling me stories,” said Cuong Pham. “They all say the same thing. People always respected and looked up to my father. We learned quite a lot from a lot of strangers in the last few weeks.”

Yang Dao, a Hmong scholar who left Laos in 1975 before the country was taken over by communists, met Pham in 1981 at an international conference on human rights in Brussels. “There, I had the opportunity to meet Mr. Vy Pham for the first time in my life,” said Dao. “He then represented the Vietnamese refugee community in the United States in this international conference.”

Dao moved to Minnesota in 1983 to take a research teaching position at the University of Minnesota and said Pham introduced him to the Vietnamese community in Minnesota. “He was a strong Vietnamese leader in exile,” said Dao. “Since then, we have become friends or ‘brothers’ according to Asian culture. I had the honor of working as a Board member under his strong leadership in the Vietnamese Social Services Association of Minnesota of which he was the Board Chair. I really appreciated his universal knowledge, high sense of responsibility and far-reaching vision.”

Yen Pham, Executive Director of Vietnamese Social Services of Minnesota, said Vy Pham was a great leader and helped the Minnesota Vietnamese community from the time he arrived in the state until his death, at which time he was still Chair of the Board of Directors. “As he become ill the last few years, he told the Board he was going to step down and the Board members asked him to stay,” said Yen Pham. “Even though his health was not that good, he continued to support the newcomers. He helped people learn English, find a job, learn about the culture here.” Yen Pham said Vy Pham was a great speaker. “Everybody listened to him. He was never boring. I’m close to 70 years old I’ve never found any man like that. I feel a big loss for myself and my community”

“He didn’t like the communists at all,” said Yen Pham. “He never went back even though he missed it very much.” 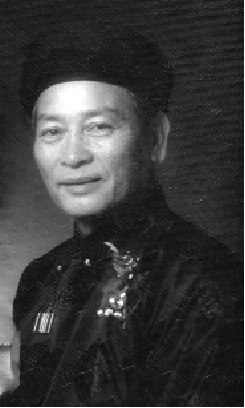 Pham was born in North Vietnam in 1931. He grew up in North Vietnam and escaped communism by fleeing to South Vietnam with his mother, his wife Be Nguyen, and one child, in 1955. His labor union leadership started at a rubber tree plantation owned by the French Michelin Tire Company.

“He saw the struggle of poor people. He wanted to do everything he could to improve the lives of the workers,” said his son Nam Pham. “And he wanted to make sure communism did not win over South Vietnam or anywhere else.”

Nam said his father was upset by the exploitation of workers. “The managers would beat up the workers any time they wanted,” said Nam Pham. “They worked for very little money.” Pham organized a strike against the company. It was the first successful strike against a French company and succeeded in raising wages by 40 percent.

As the labor movement expanded in Vietnam, many organizers were jailed. Pham was not one of them, but did spend a lot of time at the police station, according to an oral history he gave to the Minnesota Historical Society (see link at end of article). “In 1956 I had to go to the police station forty-five days. Eight o’clock in the morning to three to five in the afternoon, then would answer the questions. Forty-five days, consecutive days, that means every day.”

Pham continued organizing and was a national organizer for the Amalgamated Clothing and Textile Workers Union and, from 1966 to 1975, was the Deputy General Secretary for the Confederation of Vietnamese Workers, which is similar to the AFL-CIO.

“I think social justice was the most important thing in his mind at all times,” said Nam Pham.

Pham’s neighbor and former Minneapolis City Council Member Diane Hofstede said she recalls talking to Pham about his work. “When he was in Vietnam, because he was so involved in the labor movement, in a position that would be like the Secretary of Labor, he had a price on his head. He had to move from location to location. At least four of his homes were burnt to the ground,” said Hofstede. “This is an example of a tenacious person who is not going to give up.”

In 1968, he was running a social organization in Vietnam called the New Life Committee to help people resettle after the Tet Offensive. “I was directing about eighteen hundred social workers,” he said in his oral history. “And that program was running for two years and very successful to help the people. To rebuild their house, to set up the social center, to help them to rebuild their life, really…even in the city have destroyed by the war because at that time the war is into the city…even Saigon and the surrounding have been destroyed in many, many areas. And then that Committee was not only helping the people who have been affected by the war, but at the same time helping the poor people.”

When South Vietnam collapsed in 1975, Pham and his family left everything behind and fled. Hofstede said Pham negotiated with a barge company, that he had previously led a strike against, to transport 200 people out of Vietnam. Pham eventually landed in the United States with “not a penny in his pocket” and settled in Minnesota.

“He loved the schools. The public school system was very good in Minnesota. Education was very important for all of us,” said Nam Pham. “He wanted us to have a good education.”

In his oral history, Pham described his love-hate relationship with Minnesota’s weather. “I wanted to…to restart my life again with new people, a new land. And the cold weather, I don’t like the cold weather. But really, the cold weather helps to freeze my thinking to the past. I just…have to be fighting again the weather, not that I fight other people to survive. Instead of living somewhere having to…to firing on people, here you have six months you’re fighting against weather. And then, later on, I found out that the people here are very warm.”

“We all came in as refugees and he inspired us to go to college and made a good life for us,” said Cuong Pham. “I remember when we first came here and he had one pair of tennis shoes and a spring jacket, not a winter jacket, and it was cold. He took the bus to the University to help his son get admitted.”

In his early years in the U.S., Pham worked as a national organizer for the AFL-CIO. Cuong Pham said his father had a gift for negotiation and was once flown to California to settle a major labor strike. “Somehow, someway, he could reason with people and it didn’t matter who you were. He could help people see the right way to do things and be kind.”

In 1979, President Jimmy Carter invited Pham to meet with him in the White House. Carter also invited him to a U.S. Governor’s Convention. “People kept asking him what state he was the governor of,” said Cuong Pham. “He said, ‘I’m just a normal citizen,’ and he shared that the President invited him.”

“We were all very proud,” said Nam Pham.

After completing school, Pham began a career in social work that lasted 30 years. He worked with the refugee community and with young people as a social worker for Hennepin County, where he was also a human rights commissioner.

“He’s the only man I’ve ever known who never had any unkind work about anyone and vice versa. No one ever had an unkind word to say about him,” said Cuong Pham. “He was very giving and he never raised his voice to his nine kids or to people he met.”

Pham retired about 10 years ago, but always stayed involved with helping people.

“He may have retired but he didn’t disengage from the community,” said Hofstede. “He never disengaged. He was always an active older person who was involved in the work of new Americans.”

Pham helped found the Vietnam Center in St. Paul, putting up his own house as collateral, helped build Buddhist temples, including the Phat An Temple in Roseville, and was a delegate to the Democratic Party convention. He also served on the Minneapolis Mayor’s Office Indochinese Advisory Council, on the Cablevision Advisory Council, in the Twin Cities Area Human Rights Coalition and the Minnesota ARC Steering Committee.

“He always taught us to treat other people with respect,” said Nam Pham. “Be kind to other people and be good to others. He was a wonderful man. We tried to learn from him.”

Pham also worked with the Minneapolis Police Department to train officers how to reach out to the Vietnamese community.

“If there is one word to describe him, it is compassion,” said Nam Pham. “He has a lot of compassion with people, a lot of empathy. He always wanted to help everyone, even strangers. He did it until the last day of his life.”

Hofstede said Pham gave her advice about gaining broad community engagement. “He was working a great deal with the youth in North Minneapolis and with mortgage foreclosures with the immigrant population,” said Hofstede.

Living next to the family for 20 years, Hofstede said she was impressed with Pham and Nguyen’s parenting skills. “I think as a couple they demonstrated a very strong relationship. I don’t think I’ll ever forget them walking hand-in-hand as they did just about every day. Sometimes more than once a day.” She described the children as strong, capable, well-educated, courageous, successful and forgiving, and said, “their grand children are following the same footsteps.”

“We will certainly miss him,” said Hofstede. “But we are not alone in that.”

Tony Hofstede, Diane Hofstede’s husband, described Pham as a great role model and a “humble, down to earth guy who cared about people.”

“He was always there to help us,” said Tony Hofstede. “And he always had a smile. I don’t think I ever saw him down. Concerned, but not down.”

Tony Hofstede described how the family would reunite from different parts of the country and world for summer visits at the Northeast home. “He told me, ‘We have to do this. We have to stay together.’ It was like a ritual. He was so proud of them all.”

Cuong Pham said at times neighbors arranged for someone to shovel snow and mow the grass at the house. “That’s how much they loved my father and the kindness of his heart,” said Cuong Pham. “I think it rubs off on everybody.”

Pham was one of 39 people the Minnesota Historical Society interviewed for its “Asians in Minnesota Oral History” project. Visit http://collections.mnhs.org/cms/display.php?irn=10424731 to read more about his past and hear the interviews, in which he provides insight into the refugee experience and talks about the labor movement in Vietnam and its ties to the international labor movement.