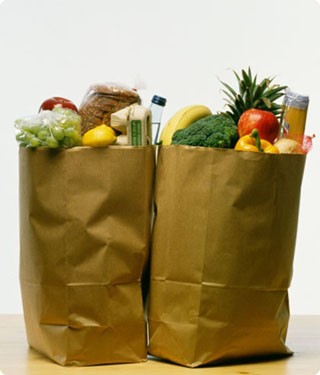 As state officials prepare for a special session of the Minnesota Legislature to deal with the fall harvest floods in southern Minnesota, food and agriculture industry officials warn economic damage extends far beyond flooded farm fields.

Just how far, and by how much, won’t be easy to determine. And figuring out what Minnesota can do, or should do in this emergency, isn’t much easier.

Moreover, the Sept. 23-24 torrential rains’ flooding impacted much of the food chain, including a shutdown of Faribault’s food processing plants, he noted. That affected workers, food and ag companies, and orderly distribution and transportation, all parts of the huge and sophisticated Minnesota food industry.

Preparing for the special one-day legislative session, expected later this month, McBeth talked with key lawmakers. “It isn’t easy to see what the [state] response should be,” he said.

That’s because the damage spills over on communities, local governments, schools, southern Minnesota homeowners and residents, businesses affected by flooded sewage systems and closed roads, and southern Minnesota farmers starting to harvest what was expected to be record corn and soybean crops.

USDA field inspectors toured farms this past weekend preparing for the October federal harvest forecast being released next week. Assuming there is as much as a 10 percent to 15 percent impact on Minnesota’s two largest crops, Pound said, much of the economic “loss” will be regained from higher prices paid to farmers.

“For individual farmers, this can be a disaster. For ‘agriculture,’ it may not be all that noticeable,” she said. The commodity markets have experienced a run up in prices in recent weeks that are highly unusual for the harvest season. The higher prices will offset some individual losses.

The prices result from crop shortfalls in other growing regions of the world, crop losses in other parts of the country, and extraordinary events impacting the markets. The latter include large Chinese soybean and corn purchases and disruptive Russian and Ukrainian grain market interventions. Russia embargoed exports of tight grain supplies, theoretically to save domestic supplies and fight inflation; Ukraine has export difficulties brought on by changing quality controls and regulations.

These are highly profitable prices for most farmers and were making agriculture “one of the star performers of the Minnesota economy,” said Bob Zelenka, executive director of the Minnesota Grain and Feed Association that represents country grain elevators among its members.

Agriculture still might prove a “star performer” this year, he said. But he warns the floods and wet fields will play havoc with harvest expenses, most likely increased grain drying and storage costs, and will reduce taxable ag profits needed to ease state budget problems.

The Minnesota harvest was ahead of schedule before the two-day deluge, Zelenka said. Now, farmers will race against winter to complete the harvest and there will be crop losses for corn and beans left standing in polluted water from flooded streams.

Grain elevator operators may ask lawmakers and state transportation officials to temporarily ease weight restrictions on country roads to help farmers get crops into storage or to grain terminals that load barges and unit trains, he said. That was being explored in telephone conversations at week’s end, he said, following similar emergency action taken in Iowa this past week.

Downstream, Zelenka cited a Thursday St. Paul Pioneer Press story noting disrupted barge transportation on the Minnesota and Mississippi rivers. Moreover, the federal Food and Drug Administration doesn’t want crops under water to enter food channels, either directly or as livestock feed, because of contaminants from flooded municipal sewer systems and other pollutants.

Those crops need to be isolated when fields dry and the harvest resumes, and not mixed with good quality corn or beans, Zelenka said. These crops become a matter for insurance policies, not the markets.

The same may apply to municipalities, other businesses, and Minnesota’s huge agribusiness infrastructure linking farms and crops to consumers’ tables and foreign markets.

Faribault’s Thursday Daily News, reported the city’s sewer system was more damaged than initially thought and may take more than $1 million to repair.

Food production in both places should be back on line some time today, which is important to Rice County and the region. Faribault’s Chamber of Commerce lists Jennie-O Turkey Store as having about 600 employees and 320 at Faribault Foods.

Overwhelmed wastewater treatment plants dumped raw sewage into streams in Faribault and 24 other southern Minnesota communities.  Federal and state officials toured many of the affected counties during the past week, and there are at least a number of federal grant and loan programs that can help individuals, companies and local units of government cope and recover.

The Austin Daily Herald noted in its flood coverage that Federal Emergency Management Agency (FEMA) officials would need to find about $6.4 million in flood damage to government infrastructure in the affected counties for the region to be declared a federal disaster area. FEMA and state emergency personnel found nearly three-quarters of a million dollars of such damage in Austin and Mower County and nearly $200,000 in nearby Freeborn County around Albert Lea during this past week’s visits.

With damages at Faribault and Northfield in Rice County, and assessments underway in other southern Minnesota counties, reaching the federal damage level requirements should be a foregone conclusion.

At the state level, however, we can do little except help local governments seek federal aid and perhaps use some bonding authority to help restore damaged roads and bridges. And all the while, we should pause to remember when Minnesota had “rainy day funds,” and knew the reasons why.