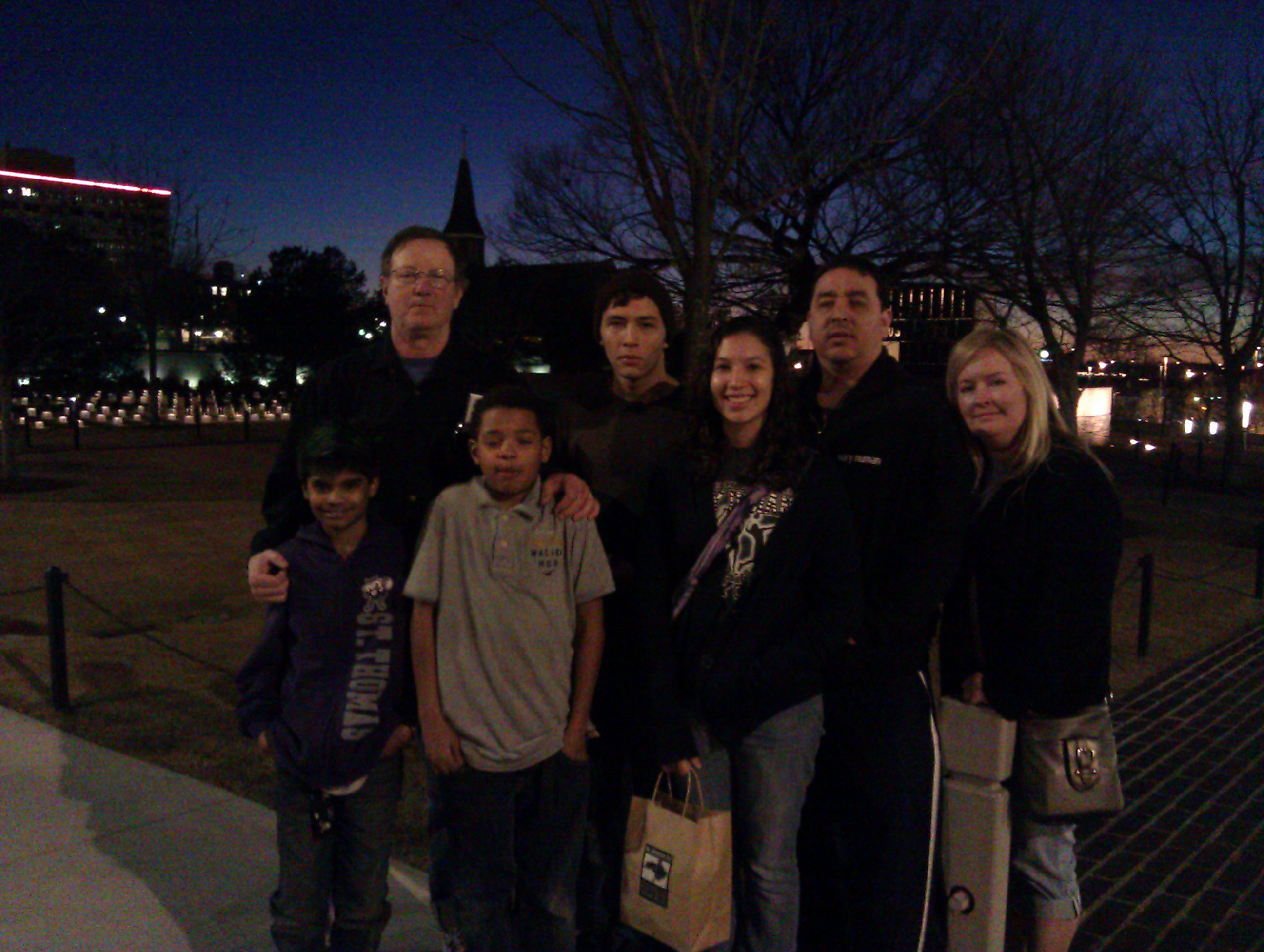 On the 17th anniversary of the OKC bombing I’m thinking of the lives lost and the terrible tragedy of home made terrorism.

We need not blame or focus our fear on other countries, other religions, other cultures, or the average Americans that are currently coordinating non-violent protests for justice in the US (the 99%).

The three co-conspirators shared interests in survivalism, opposed gun control, and supported the outlaw militia movement. They supported isolated, controlling, violent people like Randy Weaver and David Koresh. Timothy McVeigh said “You learn how to handle killing in the military. I face the consequences, but you learn to accept it.”

Violence spreads violence. Our country spends 25% just on the military. We could spend that much on peace — education, reforming health (including mental health), celebrating and strengthening the diversity within our country, developing small business training and incentives so that we no longer rely on big business that brutalized so many of us over the last few years. Leaders should be voted in to be our peace makers.

When I think about the reasons for the OKC bombing, it reminds me of the same small group of outlaws that perpetrated 9/11. They were stirred up by extreme religion; they were isolated and believed in violence; they did not accept diversity of people or religion. They did not represent their cultures, countries or religions either. They were fearful, violent blamers.

Today, on the anniversary of the home made tragedy, I pray for peace and tolerance between people, races, cultures, religions and countries.