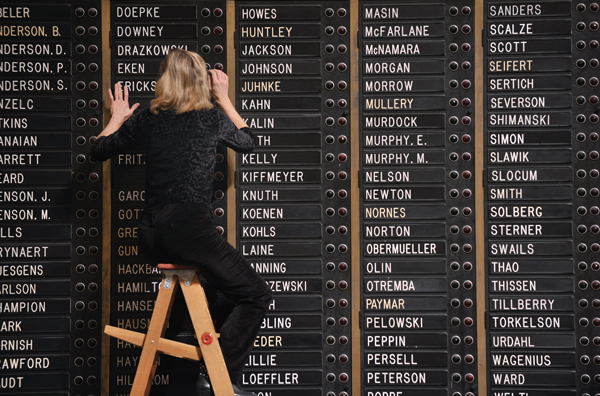 To call the 2011 session challenging could be an understatement.

Legislators will have their plates full resolving the state budget deficit without hurting things like K-12 school funding, people with disabilities and the elderly, while at the same time creating jobs in hopes of rebounding the state’s economy. Helping a professional football team fund a home may also be discussed.

Many of the decisions will be gut-wrenching and painful. Most of the easier changes have taken place in the last few years, and both Republicans and DFLers say that more one-time shifts are not the answer. Will revenues need to be raised? What state services must be cut or eliminated? Can people learn to live with less?

“We will get it resolved one way or the other,” said House Minority Leader Paul Thissen (DFL-Mpls).

A promise of change at the federal level helped give the state DFL a boost in the 2008 election, resulting in a veto-proof majority in the Senate and a 40-seat advantage in the House, three seats shy of the veto-proof majority. But Republican Gov. Tim Pawlenty still resided in the governor’s office.

37-30 majority, the first time since 1972 that Republicans control that body.

Of the three-dozen new House members, 34 are first-timers, including 31 Republicans. Rep. Sondra Erickson (R-Princeton) and Rep. Linda Runbeck (R-Circle Pines) return after some time away.

“They will make their voices heard early and often,” Dean said. “These are CEOs, they’re economists, they’re small-business owners, they’re teachers. It’s just the greatest freshmen group that’s ever come into the Capitol, I’m sure.”

Some freshmen beat long-time and powerful incumbents. Rep. Carolyn McElfatrick (R-Deer River) beat Loren Solberg, who had been in St. Paul for

“That says something about the quality of our candidates,” said House Speaker Kurt Zellers (R-Maple Grove).

In changing the committee structure, House and Senate leaders say they want to make the legislative process more user-friendly, while remaining fair and transparent.

House leaders have reduced the number of committees, divisions and subdivisions from last year’s 36 to 24, a change they claim will save about $500,000. Senate committees have decreased from 25 to 16.

“We have reformed government starting with ourselves,” Zellers said. “We think we can be a little more efficient and effective in the way we run government.” 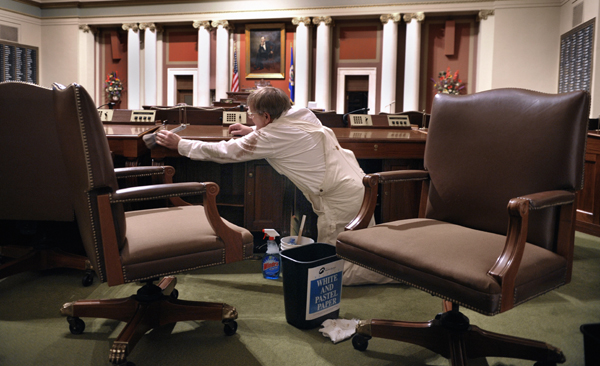 No regular meetings are scheduled beyond 4:15 p.m. Tuesday and Wednesday; and House floor sessions are scheduled for 3 p.m. Monday and Thursday with no committee work after. Nothing is planned on Fridays. Last year, meetings were scheduled until

6 p.m. Monday through Thursday and five meetings were scheduled for Friday morning.

“Just the pure paper shuffle, moving bills between committees, everything is going to be a lot more efficient,” said Rep. Mary Liz Holberg (R-Lakeville), chairwoman of the House Ways and Means Committee. Plus the House and Senate have lined up committee scopes so that conference committees will compare bills that address the same issues.

Among the changes are the combination of some policy and finance committees, including judiciary, public safety and transportation; the combining of early childhood with K-12 education; and incorporating energy issues into the environment and natural resources committee.

Thissen expressed concern that some issues will become less important.

“The Republican leadership’s committee structure, which cut critical committees, illustrates their party’s priorities. Their new structure says that issues related to housing, early childhood and energy are somehow less important now than they have been in the past.”

Issues to be addressed

Throughout the campaign, Republicans stressed their vision of job creation to help get the economy turned around and have government live within its means.

But how can that get done with a projected $6.2 billion budget shortfall for the next biennium?

Holberg is “completely convinced” the deficit can be resolved without raising taxes.

“No stone should go unturned,” Holberg said. “I was here during the Ventura administration, and one of the terms he would use is ‘necessary vs. nice.’ I think we have to go back to that model of what’s a necessary role of state government and maybe some of the niceties don’t survive.”

So, how will the DFL work with a new Republican majority?

“We’re going to have to point out factually the consequences of some of the decisions that the Republicans are making. They ran on a platform of raising no taxes,” Thissen said. “There’s going to be real pain in Minnesota if that’s the final result of this budget. … I hope we can engage in a productive discussion about what kind of cuts should we make, but also how can we fill in on the revenue side in a fair and balanced way.”

Dayton echoed those comments at his inauguration.

“To those who sincerely believe the state budget can be balanced with no tax increase – including no forced property tax increase – I say, if you can do so without destroying our schools, hospitals and public safety, please send me your bill, so I can sign it immediately. Otherwise, let’s begin tomorrow, and in May conclude this challenging, complicated and essential process by working together. And let’s always remember that working together requires responsible cooperation and reasonable compromise, as well as sharing the best ideas we all have.”

With Republicans in charge of both chambers, there has been buzz that divisive social issues, such as same-sex marriage and requiring a photo identification to vote, could be put to a vote of the state’s residents. By law, only House and Senate approval is needed to put a proposed constitutional amendment on the ballot, like the DFL did in 2008 with a tax increase to support the arts and environment. No governor action is required.

Republican leaders say not so fast.

Jobs are first and foremost our focus, Zellers said. “I think that’s what the voters responded to.”

And, the Minnesota Vikings want state dollars to help build a new stadium.

With the team’s lease at the Metrodome expiring after the 2011 season, supporters say something has to happen this legislative session or the team may no longer call the Land of 10,000 Lakes home. Dayton said he would like a stadium vote this session.

Zellers said it’s tough to discuss the issue until a proposal is known, including local partners, but he won’t rule out a bill. “At the end of session, if there is a proposal that comes forward, and if there is something that’s worked on a bipartisan basis. We’ve never said no to it, but right now we’ve got a budget to balance, and we’ve got an economy to turn around.”

Legislators must constitutionally adjourn by May 23 – 139 days from when the first gavel was pounded.