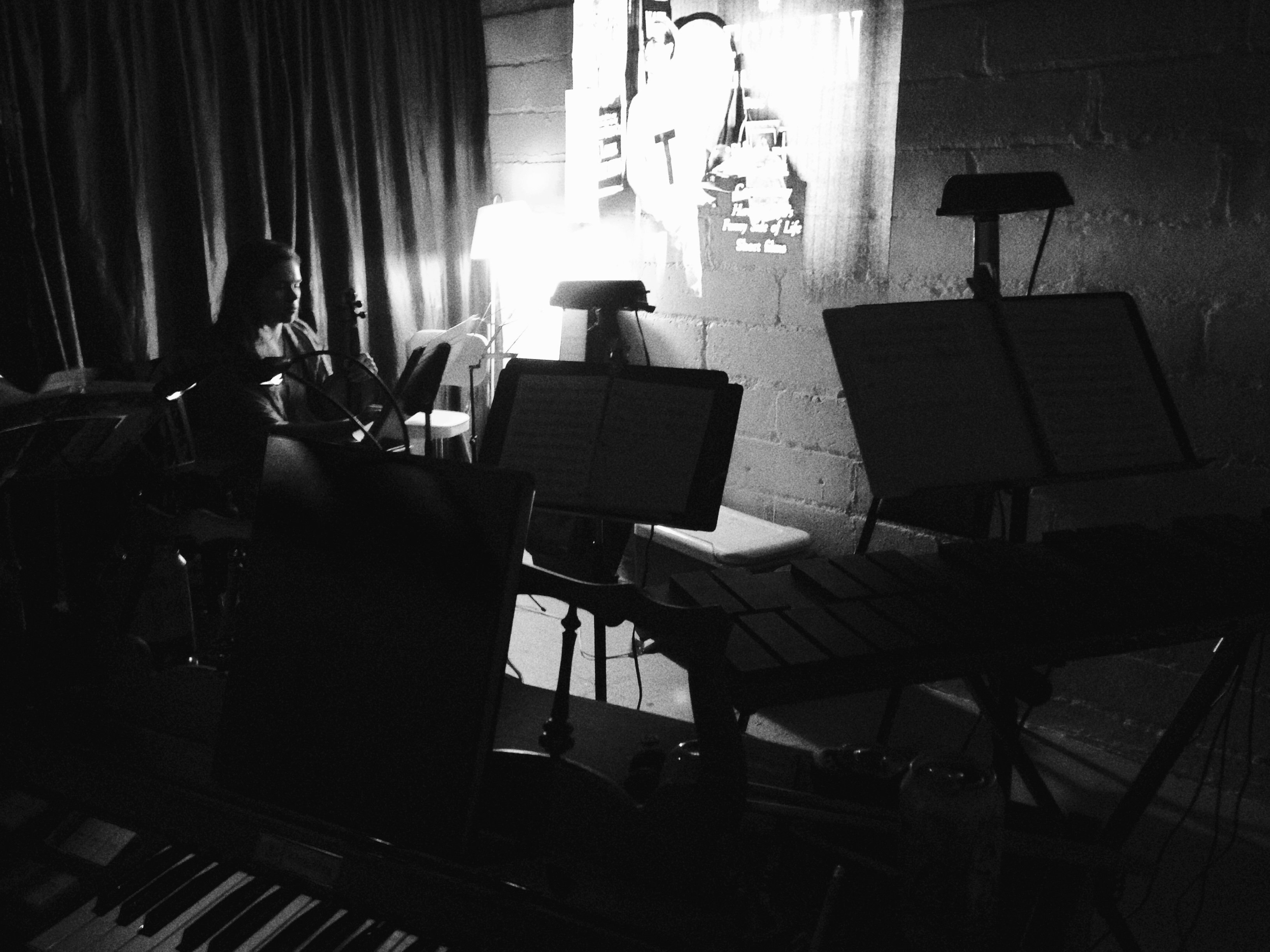 The Rats and People Motion Picture Orchestra Minnesota is one of the newest bands to join the community of musicians performing silent film scores in the Twin Cities. Lately, the group has also been among the busiest.

Since playing their first Twin Cities show at the Parkway Theater in March 2014, Rats and People Minnesota have accompanied Sergei Eisenstein’s Strike at the Bryant Lake Bowl in June, Buster Keaton’s Go West and The High Sign at the Trylon Microcinema in July, and a sold-out screening of the German Expressionist horror film Nosferatu at the Heights in late October. The weekend of November 21-23, 2014, they’ll accompany Harold Lloyd’s 1925 comedy The Freshman at the Trylon.

Dill played with Rats and People St. Louis for a few years before she moved to the Twin Cities in 2011. Up here in Minnesota, she found she missed playing Seyle’s and Pace’s music and providing live accompaniment for silent films, so she asked her former bandmates for permission to use their scores and form another Rats and People Motion Picture Orchestra in Minnesota.

Seyle and Pace immediately supported the idea. As Dill recalls, they both said, “Just do it. Be a franchise.”

So why “Rats and People,” anyway?

Beth Dill explained, “I can’t remember where on earth the boys [Brien Seyle and Matt Pace] came up with the name.  When I first heard it, I have to admit I was dismayed.  Now it has been part of what I do for nearly a decade, and it is like a family name that used to embarrass you as a child, but you grow to love it.”

In addition to her work with Rats and People Minnesota and her day job as a public school teacher, Dill currently plays violin with the St. Paul Civic Symphony. She’s enlisted fellow symphony members Seth Hayek (percussion), Teresa Mager (viola), and Amy Tobin and Danielle Solheim (both on violins) to help spread the love of silent films through live accompaniment.

“I was guilted into this,” Danielle Solheim joked when asked how she got involved.

Guitarist and piano/keyboard player Jack Rice rounds out the current line-up. He commented that he likes the band’s ability to “control the ambiance of the film” through their musical choices.

Danielle Solheim agreed: “I like that there’s music in front of us, but we can make it our own.”

Dill noted that with so many of their members coming from a classical background, the Rats and People Minnesota bring a slightly different sensibility to Seyle’s and Pace’s compositions than the St. Louis line-up does.

“All of the members of the Rats and People St. Louis had been in a rock ‘n roll band before,” Dill explained. “It was a progression from punk rock shows to doing silent films.  Besides myself and Jack, no one in Rats and People Minnesota playing for The Freshman has played in a rock ‘n roll band before. We are all a bunch of orchestra kids who rely on their classical training. . . I think you can hear that in the Rats and People Minnesota.  Sometimes we have to remember to watch the film, feel, and listen to the music rather than just what is written on the page to make it sound good.  A few members have experience playing in musical pit orchestras, and that has helped us, I think.”

In early November, I was able to sit in and observe one of Rats and People Minnesota’s rehearsals for their upcoming showing of The Freshman and got to see the way they blend classical music and American folk styles for a sound of their own.

The band currently rehearses in a practice space in the basement of Seth Hayek’s and Beth Dill’s South Minneapolis home. The night I attended, the band first played through the score without watching the movie, stopping often to talk over how a certain section ought to be played or how a transition could be handled. The process was highly collaborative, with everyone chiming in with suggestions about changes in tempo and ideas about when to diverge from the score as written.

A projector and DVD player stood at the ready to play the film on one of the basement’s whitewashed walls in case the band wanted to play the score while watching the film, but I didn’t get to stay long enough to see the musicians blend their music with the movie.

What I observed was that certain musical passages vividly evoked parts of the film, even without the film actually playing. For instance, Amy Tobin plays a recurrent short theme on violin that the band called “the jig,” and each time Tobin played it, I could picture Harold Lloyd’s hapless character doing a little dance and jauntily thrusting out his hand for a hand shake every time he meets someone new, an ongoing joke in the film. Another recurrent musical theme represented Lloyd’s love interest Peggy, played by actress Jobyna Ralston. The theme was beautifully “sweet and dolce,” as Danielle Solheim put it–a lovely fit for the character, who believes in Lloyd’s character even when everyone else thinks he’s a loser.

The band doesn’t currently have any shows booked after The Freshman sceenings at the Trylon, but Beth Dill has hopes for some big happenings in the future. Brian Seyle and Matt Pace have completed scores for many films that have not been screened recently in the Twin Cities, including films by George Melies, Erich Von Stroheim’s Greed, Benjamin Christensen’s Haxan, F. W. Murnau’s The Last Laugh, and Ernst Lubitsch’s The Wild Cat. With Seyle and Pace currently preparing a new score for the 1913 version of Ivanhoe, as well, there’s great potential for Rats and People Minnesota to bring some really interesting and memorable screenings to the Twin Cities.

Beth Dill remains in close communication with her collaborators down river in St. Louis.

“We talk back and forth,” Dill said, adding with a laugh, “We’re hoping to form a Voltron Mega orchestra.”

A Voltron Mega silent film orchestra–now that’s something I would definitely like to experience.