Sheriff Bob Fletcher will install a new wireless spy cam system in Ramsey County, monitored by volunteer “web cops,” according to numerous media reports. According to KARE 11, the surveillance system, which had a startup cost of $40,000 paid for by a grant by the county commissioners, involves the devices transmitting video back to headquarters via cell phones, which can then be streamed over the internet. The KARE 11 article states that the cameras cost $1,200 each, the cell phones $600 each, and the housing $200, for a total of $2,000 for each surveillance unit.

According to KSTP the 16 initial cameras will be installed in squad cars or on light poles, and will be monitored by volunteer “web cops.” The Ramsey County Sheriff’s office did not return phone calls for this article.

As can be expected, the cameras have stirred up some folks concerned about privacy rights. Already there’s a “Stop the Spy Cams of Ramsey County” Facebook group and a “No Spy Cams” Twitter feed.

“As people who live, work, or visit Ramsey County, MN, we are tired of the county being “first in the nation” in police state activities,” the Facebook group states. “We must stop being afraid to say “No” to another assault on our privacy and our dignity. Enough is enough!”

The new program brings to mind the cameras St. Paul installed before the 2008 Republican National Convention, along University Avenue and in downtown St. Paul. Paul Schnell, police spokesperson for the St. Paul Police Department, said in a recent interview that St. Paul currently has 90 cameras around the city along University Ave, the downtown area, along the river, and a few on the East Side. Schnell said the cost for the equipment and infrastructure of the cameras was roughly $3 million, which does not include upkeep costs. He said the system was paid for by grants by foundations such as the St. Paul Foundation, the Target Corporation, and the Ford Foundation. 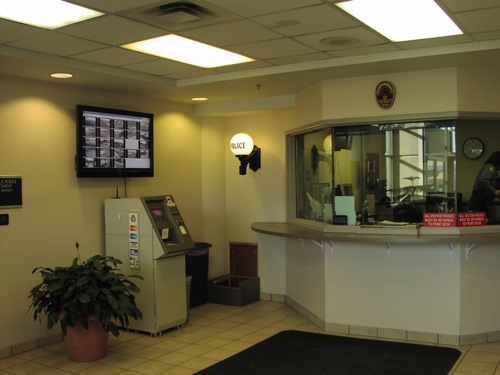 I reported about the St. Paul cameras in the fall of 2008 in Lights, cameras, but no action for St. Paul Police. At that time, when I went to view the surveillance monitor at Police Headquarters, the screen was not turned on. This week, when I stopped by the headquarters, the monitor was indeed turned on, showing 22 images of the live cameras on the screen. The monitor is located above an ATM machine in a reception area. Staff sit behind the glass window. 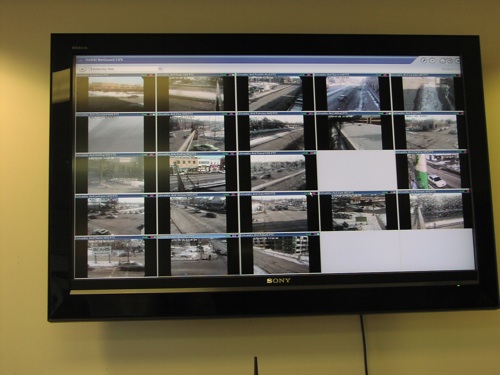 Schnell said that no officers are specifically assigned to watch the monitor, although for special circumstances there may be officers assigned temporarily. He said the staff person at headquarters and one at the Western District Station watch the monitors as part of their duties. The video is kept for 10-14 business days.