Unlimited Next Level kept a steady beat on the grounds. (All photos by Margo Ashmore)﻿

Skies opened up and rain chased almost everyone under tents mid-afternoon at Juneteenth, Saturday, June 18 at North Mississippi Regional Park. The festival, in its 26th year, “observes the June 19th 1865 proclamation of the abolition of slavery in Texas. This celebrates the freedom for people of all racial backgrounds,” according to www.juneteenthmn.org. 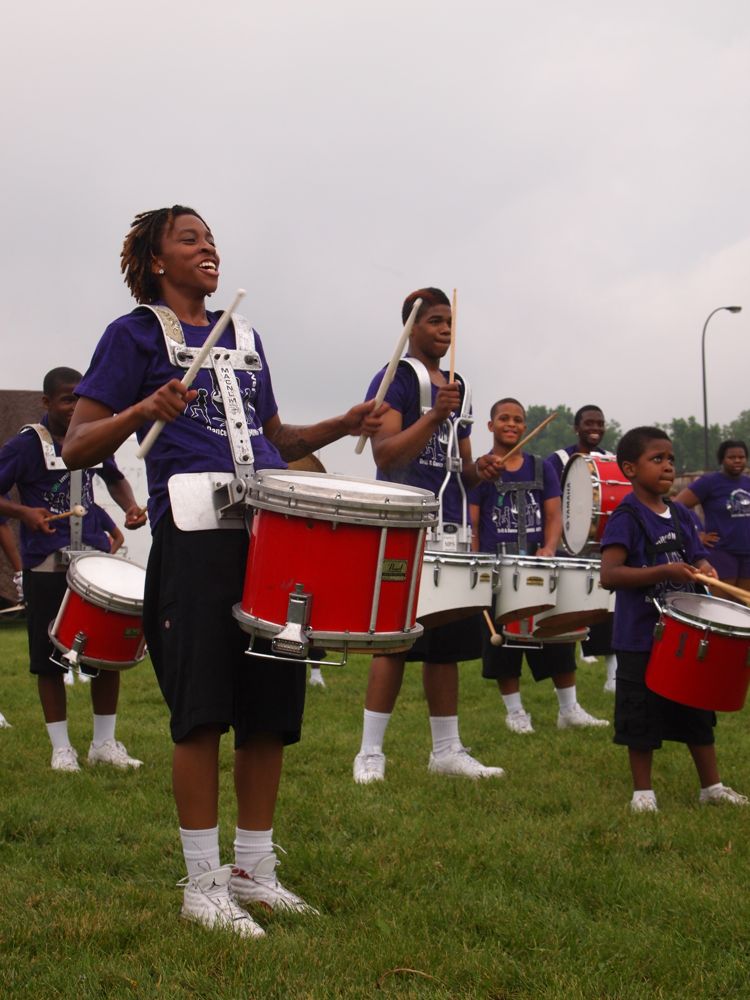 Part of the performance was good-natured competition between different instruments. 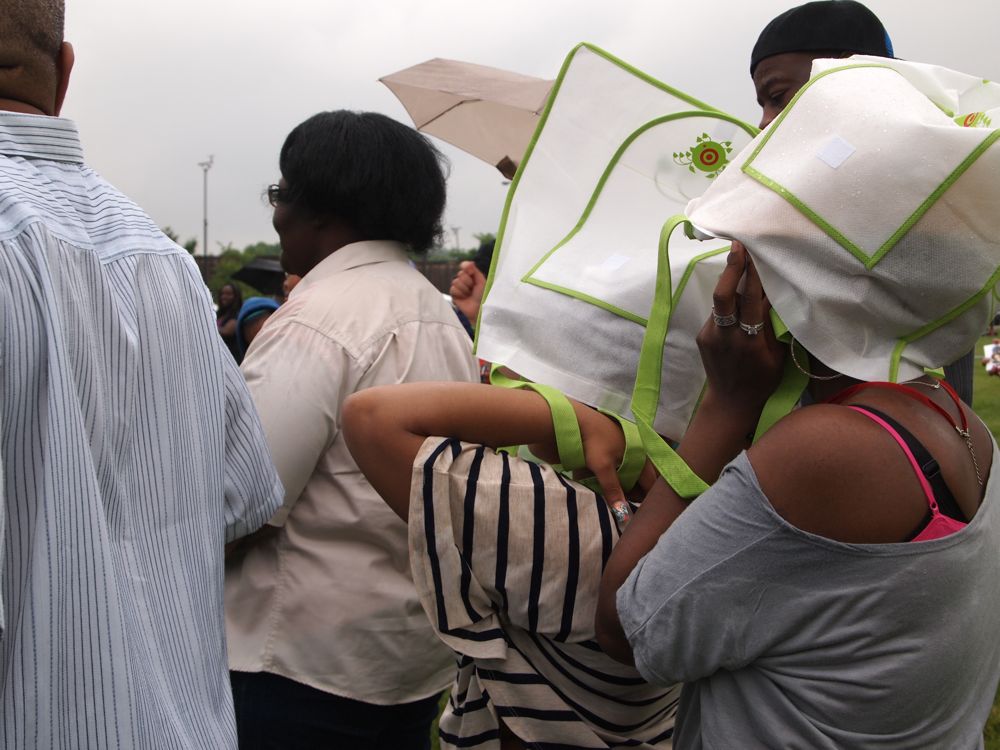 …as spectators sported umbrella hats or used whatever they could find.

At the booths, hardly anyone complained…they’d had some traffic earlier in the day, and took turns visiting each other before deciding to call it a day. For example: 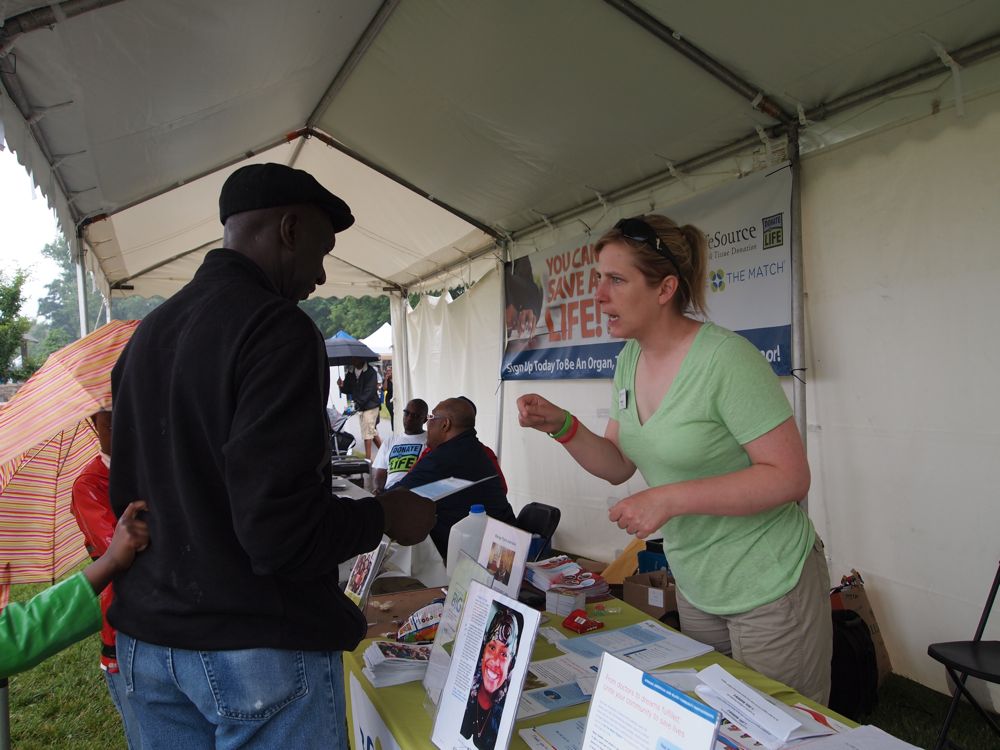 Kristine Reed of Be The Match (National Marrow Donor Registry Program) teamed up with LifeSource Organ and Tissue Donation and a local blood bank to recruit donors. Be The Match particularly needs donors of color, therefore the outreach at Juneteenth.  She said even a small number of conversations helps spread the word.

Reed said Be The Match will be at a July 9 festival at Bywood East in Northeast Minneapolis, and at an August 13 event leading up to the Waite Park (Minneapolis) Fall Festival, where they hope to sign up new bone marrow donors. They’re doing these awareness events because bone marrow donation “is not something to decide in an instant,” Reed said. Adding a donor to the registry costs about $100 (often offset in part by other fundraising during a campaign), and involves a questionnaire and four swabs to collect enough cells to get a tissue type profile. Potential donors ages 18-60 answer a variety of health-related questions to further screen for eligibility before getting the “HLA” swabs done. For more information on what a person is committing to by joining, go to bethematch.org.