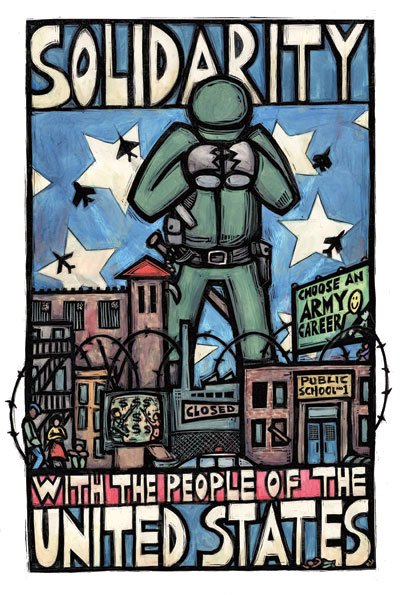 The Minneapolis Police have been getting the kind of attention they don’t like. Twice, recently, officers have been filmed engaging in racist harassment. The department was already in damage control mode after Terrance Franklin, a young unarmed black man, was killed by a police SWAT team in an uptown basement, shot multiple times in the back. Questions are being raised about increased police stops in dark neighborhoods at a time when New York’s stop and frisk policy is facing a judicial challenge. NY Police Commissioner Ray Kelley insists that the policy – which a judge declared to be unconstitutional – is the practice of departments all across the country.

Chief Harteau has declared that racism will not be tolerated in her department. It will, though. This is not to pass judgment on the Chief’s intentions or integrity. Neither of these is a determining factor. What is in play is the culture and structure of US policing in a time of mass austerity. The familiar merry-go-round of community-police meetings, tepid investigations, calls for sensitivity training and more large checks written to victims from the city will not produce meaningful change. The forces determining the role and conduct of the police are at work far above and beyond the small world of Minneapolis politics.

Before we can assess the “policing moment,” we must cast an eye in the rear view mirror to get an idea of the road that brought us here. This account will differ from mainstream versions of police history but it will clarify why it’s so hard to publicly discuss these issues. It is well known that a wide chasm of understanding regarding the police cuts through our society, following largely racial fault lines. In dark communities the police are viewed with suspicion at best and as a hostile and arrogant force at worst. In zip codes that are whiter and better situated financially the police are seen as protectors looking out for the common good. Each of these perceptions is based in real experience and both are rooted in history. This history has seen the police change with the times while retaining certain core features with each transformation.

Of the strands that would come together to create the modern police force the oldest would have to be the slave patrol. These were posses that originated in the Carolinas and served both to capture and return workers trying to escape slavery and to make sure than any apprehended away from their plantation were there on master’s orders. On the plantations themselves, when a violation of the system’s rules was detected the entire population would be punished until the culprit was identified and turned in. When laws were broken by members of the white racial group, however, it was viewed as an individual infraction and the culprit was punished accordingly. This would set the basic template for the centuries to follow.

Policing became more formalized as it responded to changing times. New Orleans saw the slave patrols morph into urban militias to monitor free blacks and indigenous people (controlling their movements with pass books). Following the betrayal of Reconstruction, sheriffs and police enforced a new legal framework that made every African American subject to arrest and re-enslavement to private enterprises (this would continue until WWII).

As waves of immigrant workers entered the country, urban police departments became guardians of public morality and a bulwark against union organizing. With the emergence of big city political patronage machines police departments became incorporated as their enforcers. Chicago’s Daley machine was still clinging to power when my family arrived in that city from Puerto Rico in the late 1960s. This was also the time of COINTELPRO, a brutal FBI program of political repression against social movements. One of its effects was to integrate local police into a national repressive network featuring shared data bases and training programs. Not incidentally, the favored outside experts were British and Israeli counterinsurgency trainers, both of which emphasized collective social punishment rather than crime-solving.

With the collapse of the urban machines, the police emerged as the most powerful component of city government. Mayors and city councils can appoint chiefs and dole out legal payments but have no real influence over daily practice. The Department of Homeland Security, military equipment vendors and private security consultants comprise the world in which police ideology is engineered. Since the 1970s that ideology has become one of counterinsurgency. COIN, as it’s known, is about predicting, preventing and intervening before crimes take place. That entails random stops in communities of color, “community policing” (consisting of one-way information flows from the community to the police) and reliance on paramilitary SWAT teams. These often act on questionable tips, instead of old fashioned investigation, to initiate armed assaults on residences in poor neighborhoods. (One might ask what a SWAT team was doing chasing Terrance Franklin, at most an unarmed burglary suspect.)

The central fact of our time is harsh austerity for those at the bottom of the social pyramid and unrestrained gluttony at the top. This defines the environment in which policing (and all of daily life) takes place. Observe. Two years ago Wachovia Bank (now part of Wells Fargo) paid a token fine for laundering up to $378 billion on behalf of Colombian and Mexican drug cartels. Another major bank, HSBC, was caught transferring $7 billion in suspected drug money from its Mexican affiliate (the totals may be many higher since it neglected to monitor $15 billion in cash transactions and $60 trillion in wire transfers as required by law). Western Union, Bank of America, JP Morgan Chase & Co and Citigroup have also failed to comply with US anti-money laundering (AML) laws.

You will recognize some of the players in the fraud and racketeering that brought on the global financial crisis and the foreclosures of ten million US homes. Bank of America was recently caught using the government-funded home refinancing program to defraud homeowners who turned to them for help. Workers were offered $500 bonuses (plus gift cards) for every homeowner they forced into foreclosure. No police department will haul these jet set criminals to prison. Back in the hood there are no “get out of jail free” card. People who lose their jobs and homes or play bit parts in the drug trade made possible by Wachovia and their ilk must pay the price for their indiscretions.

There are three predictable responses on the street to financial devastation of the kind being felt by working class and poor people: protest, crime and mental illness. The police are here to prevent the victims of all this massive criminality from acting out in any of these ways. That’s neither easy nor simple. It cannot be done nicely. It requires implementing policies of collective social punishment while presenting them as precision crime fighting. The “bad apples” are protected as much as possible in this system because they are needed. For those who respond with protest or organizing the COIN playbook calls for infiltration, surveillance and entrapment. Even in these cases -which require a high degree of institutional backing – the cover story is that of rogue officers or lax supervision.

This isn’t a story about good and evil. It’s about institutional relationships, class power and entrenched interests. A police chief can’t change that. A structural analysis does not  deny the existence of dedicated, earnest police employees counseling rape victims, playing basketball with teens and hanging with community leaders. Over the years police have taken on all kinds of social service functions. These roles co-exist, however, with the police’s core mission of managing austerity and protecting gluttony. While their defenders claim that the racial enforcement role of police is in the past, there is no point in police history when it changed or disappeared. The past is in the present.

As NY has shown, protest can turn back some of the worst policies. It can also make it harder for the department to protect the most brutal “bad apples.” Activism can expose the real impacts of counterinsurgency policing. The NYPD claims, for example, that their stop and frisk strategy reduces crime. Of the 4.8 million “stops” they have instigated over ten years, 88% found no evidence wrongdoing. That means somewhere around four million of these incidents were simple assaults carried out against innocent passersby by armed groups. That looks more like a spike in crime than a reduction. At least it does if you care about the people being assaulted.

What is needed cannot be delivered by the police, no matter how many diversity trainings they attend. The merry-go-round just distracts us from that reality. Real solutions can only come as part of a larger landscape and call for a broader vision of change and effective, independent organizing. We will need grassroots organizations strong enough to demand an end to the hemorrhaging of resources from our communities into the villas and stock portfolios of bankers and oil executives (and team owners!). Jobs, resourced schools, libraries and parks are better medicine for our young people than SWAT teams and random stops.

For those who like footnotes with their history, I apologize. My chapter on racial profiling and political repression in the just-released book, Life During Wartime: Resisting Counterinsurgency on AK Press cites many of the sources relied on here.