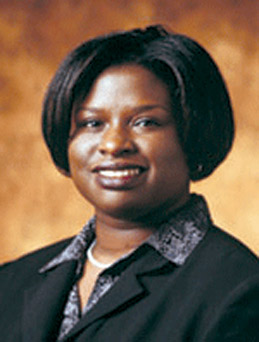 The incident began on Feb. 13; when eight to 10 white members of the school’s ski team came to school dressed in motley ensembles of do-rags, fur coats, white tank top undershirts, sagging pants and gold chains. One even had a fake marijuana joint tucked behind his ear. Somehow word spread that the students were celebrating a “Ghetto Spirit Day.” Those who came to school in costume dispute this assertion, and claimed to school administrators that they were dressing up to mimic popular white rapper, Macklemore, who sings “Thrift Shop.”

“That’s absurd,” said Nekima Levy-Pounds, a civil rights attorney and associate professor at the University of St. Thomas’ School of Law. “They called it ‘Ghetto Spirit Day’ and when I looked at the pictures and video of them it was evident their intent was to mock African-Americans. What they claim is laughable, just laughable.”

Levy-Pounds said the Macklemore claim is just a convenient out for the members of the ski team.

In Macklemore’s hit song, “Thrift Shop” he tells a tale against designer consumerism. Macklemore is very out front about showing cultural tolerance, even choosing to perform in t-shirts that call for the legalization of gay marriage. A very detailed image search of Macklemore could not find the rapper dressed in any of the attire the Hopkins students donned, minus the fur coat, which he wears in his video for “Thrift Shop.”

What has Levy-Pounds and others so outraged is the notion that, to date, no disciplinary action has been taken against members of the ski team for violating the school’s policy of racial harassment and bullying, but two African-American students who posted signs in protest of the “spirit” activities were suspended due to their protest efforts, given criminal citations for a non-physical dispute with an assistant principal and, according to Levy-Pounds, one was even handcuffed. According to Levy-Pounds, the criminal charges stemmed from the students trying to retrieve their protest posters from the trash, where the assistant principal had placed the posters.

“The way (the African-American students) were treated it felt like they were being retaliated against for standing up. Rather than using the incident as a teachable moment, the school used it to criminalize these young African-American men,” said Levy-Pounds. “I applaud (the two students) for not responding with violence and addressing the situation in the manner they did.”

Levy-Pounds said the school’s response is indicative of a pervasive school culture that seeks to indoctrinate African-Americans into the criminal justice system.

“It’s a part of a pattern; part of a system that continues to devalue young Black men,” said Levy-Pounds.

Hopkins Superintendent John Schultz said due to federal student privacy rights he could not discuss and disciplinary actions taken by the school, but said the actions of the ski team were not reflective of the overall environment at Hopkins High.

“There was no spirit week going on and there was no Ghetto Spirit Day,” said Schultz. “This was all student driven by some members of the cross country ski team, who said they were dressing like a rapper.”

Schultz said the members of the ski team were pulled aside by faculty the day of the incident and informed that their attire may be offensive to people of different cultures. However, according to Levy-Pounds, nothing more was done and days later the team went on to compete in the state championships. Levy-Pounds said the ski team’s antics clearly violated the school’s written policy against racial harassment and should have warranted disciplinary action.

Civil rights attorney Levy-Pounds has also called for the district to expunge the suspensions from the affected African-American students’ records and to have all criminal charges dropped.

“These students should be given a written apology from the district,” said Levy-Pounds.

This week, the school and students and prosecutors reached an agreement to dismiss the charges and erase the suspension. According to the Hopkins High School statement republished on MPR:

“In an effort to address the concerns being raised by students, parents, and some community members, Hopkins Public Schools began an independent investigation into the matter and also subsequently agreed to participate in a restorative justice process to ensure understanding on the part of all stakeholders. The process included Hopkins Superintendent John Schultz, the Hopkins High School principal, the associate principal, the two African American high school students involved in the February incident, as well as their attorney, Nekima Levy-Pounds. For all involved, the restorative justice process was a step in the right direction to promote healing and understanding. … All of the participants agreed to continue to work together on these issues.”