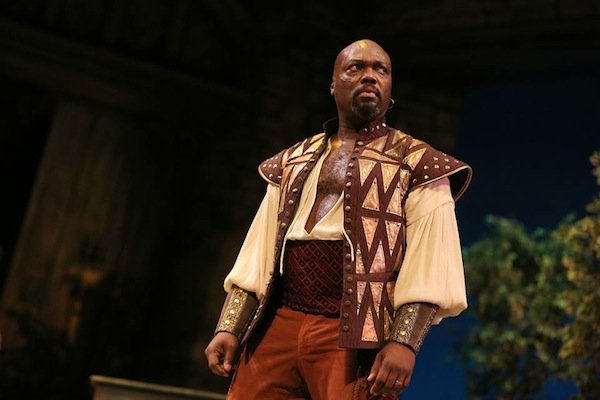 Two years ago around this time, the Guthrie Theater announced its 50th anniversary season to an uproar of criticism due to its lack of gender and racial diversity. While it’s regrettable that the Guthrie’s 50th anniversary wasn’t more diverse (though they did later add a more diverse line-up to the Dowling Studio line-up), the controversy did spark quite a lot of discussion in the media and in the community about the need for more diversity on Twin Cities stages.

The season ultimately was not a success, with the theater reporting a $438,000 loss during 2012-2013, illustrating that excluding women and people of color from artistic leadership roles perhaps doesn’t make the work commercially viable after all. To the Guthrie’s credit, the 51st anniversary season did appear to be taking some of the criticism of the year before to heart.

This year’s season includes a production of Othello directed by celebrated African American director Marion McClinton as well as a co-production with Penumbra of The Mountaintop by Katori Hall, directed by Lou Bellamy. There are also several female playwrights on the main two stages, including Beth Henley, Emma Rice (who also co-directed Kneehigh’s production of Tristan and Yseult), Timberlake Wertenbaker and Wendy Goldberg.

Last weekend, I attended a performance of Othello, and while productions of Shakespeare’s tragedy are nothing new at the Guthrie, McClinton’s direction of the play brought out issues that resonate within a contemporary context, particularly in regard to race. So I found myself enthralled, despite the fact it was written by an dead white guy.

Conceptions of race during Elizabethan England differ from American’s understanding of race today, though there are ways in which the play, especially in McClinton’s interpretation, seem strikingly up to date.

In the Guthrie production, Othello’s “otherness” is accentuated. Not only by his skin color, but in his style of dress, which indicate African influences complete with hoop earring, as well as his sheer size: Peter Macon takes up far more space than any other character, both in his height and strength, but also his incredible stage presence.

You really get a sense in this production how much Othello and Desdemona love each other. The chemistry between Macon and Tracey Maloney is intense, fueling the hatred and bigotry aimed at Othello in the first act of the play in response to his marriage to Desdemona. Sadly, this fear and hatred of black men- particularly in relationship to white women has been repeated countless times in Western culture from Birth of a Nation to the outcry over a recent Cheerios ad which dared to feature an interracial couple. Even interracial couple Kanye West and Kim Kardashian can’t get a break when they appear on the cover of Vogue.

Because Othello’s “otherness” is so important to the plot, the play deters colorblind casting . Unlike other recent classical productions at the Guthrie (which are the only ones that get a colorblind approach), with one exception, this is a play that doesn’t use colorblind casting.

The exception to this is Asian American actress Sun Mee Chomet, (who also played a leading role in Burial at Thebes). Chomet plays Bianca with appropriate spunk and passion, her race not affecting the performance or the interpretation in any way.

Regina Marie Williams, who plays Emilia, Iago’s wife, is the third person of color in the cast, but unlike Chomet’s casting, Williams appears to be not a completely colorblind casting depiction. The reason I say that is because her costume mirrors Othello’s in its African-influenced style. The way I read this interpretation is that perhaps Emilia, too, was a “Moo,r, and the fact that Iago, who is racist, would marry a woman who is an “other” is completely believable, given his need to dominate and control Emilia in their relationship.

One of the things that drives me crazy about Shakespeare is that he was such a brilliant poet and his characters are so full of depth and his insights so rich, that I think sometimes we expect his plays do be perfect, which they aren’t. In Othello, we see the beginnings of a work which could be downright subversive — a cross racial/cultural couple defying bigotry and tradition by being together. It’s almost radical, but of course within the play’s Aristotelian structure, we can’t have these characters continue to challenge the status quo. No, in the end, order must be restored and the two people that dared challenge it end up dead, along with another woman (Emilia) who dared to question the patriarchy.

What irritates me most about the play is that, though Othello is the central character, we are told the story through the eyes of the villain, Iago, who uses direct address to the audience in much the same way that Richard III does. As a result, Iago, played by Stephen Yoakam, gets to make his case to the audience about why he seeks revenge on Othello. I did appreciate that in Yoakam’s portrayal, he tended not to accentuate Iago’s comedy, instead really milking the character’s evilness. The side effect, however, was that without that humor there are not a lot of chances for the audience to breathe a bit with all the drama happening. Still, I think accentuating Iago’s villainy rather than his charm helped keep the focus on Othello and his journey as a character.

In all, I think the material was handled very well by the director and cast, and framed issues of race and gender and class for a 21st century audience in a way that was accessible and poignant. Issues of casting are always going to come up with productions like this, but as long as the Guthrie continues to increase the number of plays that are written and directed by people of color, hopefully that will be reflected in the casting as well.