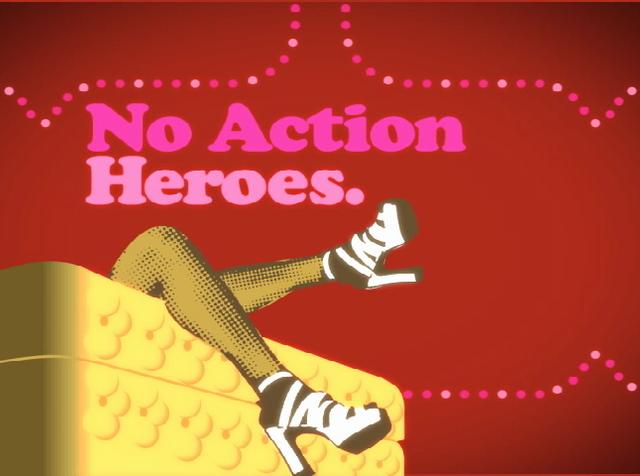 Earlier this week, well aware of the subject for this post, I went on an online pilgrimage of sorts. In 2005 the television network VH1 was host to a three-part miniseries titled Ego Trip’s Race-O-Rama, which satirized racial issues and viewpoints in the media. This was back in the day when VH1 hadn’t yet sold its soul and purged itself of anything that even remotely resembled integrity, and in this case they went above and beyond thought provoking and button-pushing to the extent that the Race-O-Rama miniseries is the only one of VH1’s many popular documentaries that I’ve not been able to track down a version of.

In fact, I think it’s the only one that hasn’t been launched into syndication; it seems to have fallen off the face of the earth. Every year or so I search for this series in the hope that there is someone else out there who, like me, has stumbled upon it within the annals of obscurity and unearthed it to share with the rest of the world. But all I ever find are the show’s many dynamic and stylized graphics; at this point it’s looking very unlikely that I will ever find it.

I was looking for this miniseries to reference one of the episodes in particular titled “In Race We Lust” which held the topic of racial preconceptions and preoccupations in regard to sex, especially inter-racially. While the other two episodes (“Blackaphobia” and “Dude, Where’s My Ghetto Pass”) were, in my mind, mostly played for laughs, “In Race We Lust” confronted the endless conundrum that is the cross-section between sex and race.

Looking back on this miniseries fondly, it suddenly occurred to me why it was so difficult to find. Race-O-Rama addressed racial issues in a way that was fun, funny, engaging, and all-inclusive. There was even a brief segment in which the interviewees were asked to guess the races of popular Sesame Street characters (who knew that Big Bird was a Vietnamese transvestite?). The producers of Race-O-Rama knew that its subject matter would likely offend, but they realized that if they brought everyone in on the joke and made everyone the butt of the joke at the same time that they could get away with addressing topics that leave most dumbfounded. But if that was true, then why can’t I find it anywhere?

Race and sex are still two elements of our culture that, at least in the western world, we’d much rather pretend don’t exist. People will gladly talk about their height, weight, and even their denomination before discussing either race or sex, and when you rub the two together a special kind of controversial magic is sparked. This magic opens a strange little door in the back of our minds that is often filled with stereotypes and fetishes, because as my mother would say, “When something new is brought into the world, the first people to get hold of it are the racists and the pornographers.”

Right now I have work hanging up at the Smitten Kitten for their Black History Month show, and while I’ve received mostly positive reception to my work throughout my life, that same work has also been the cause for me to be called a racist pornographer myself. I wasn’t always able to reconcile that; sometimes when your work confronts an audience in this manner, people lash out even if there is nothing inherently negative about the content of that work.

Maybe this is why I haven’t seen Race-O-Rama in so many years.

Since I want to encourage us to be more positive about race and sex, I interviewed the extremely positive and lovely Smitten Kitten curator Alicia Steele. You can listen to us talk more about it down below.