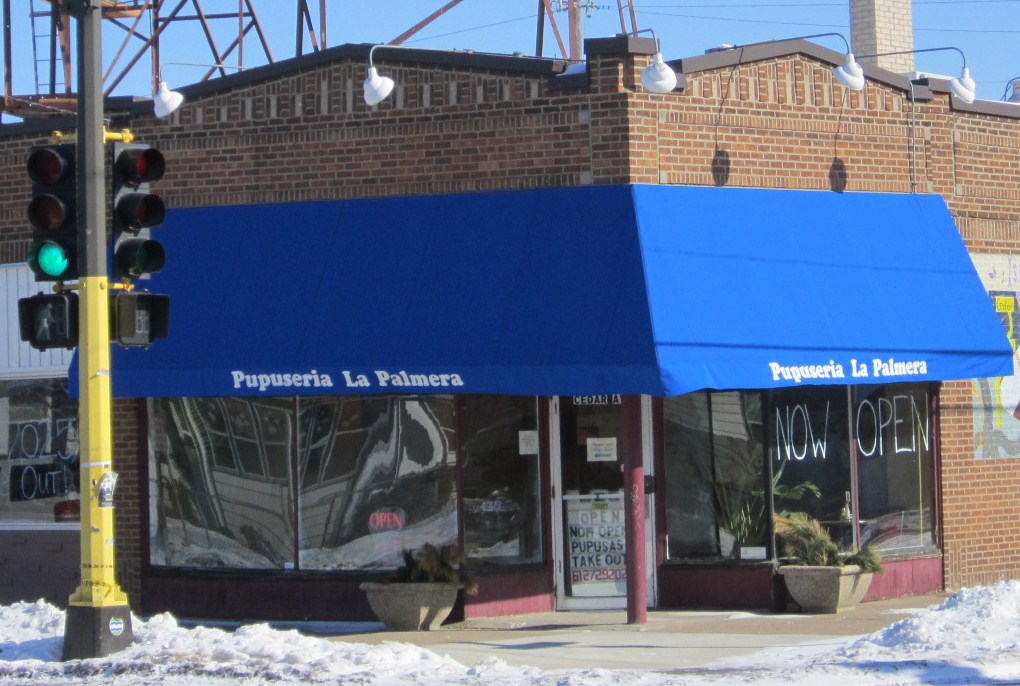 On an early May morning in 2012, Mauricio and Kim Prieto opened the doors to their new restaurant, Pupuseria la Palmera (4157 Cedar Ave. S.). It was a day the young couple had long envisioned, a dream they had shared since they met, more than 10 years ago. It was a day toward which they had been spending all of their spare moments (not to mention all of their spare dollars) for the better part of a year: cleaning, painting, obtaining licensure, taking care of the countless details that must be in place to open a restaurant.

Although neither of them had previous ownership experience, Kim had worked in her mother’s restaurant in Guatemala as a teen, and she remembers her grandmother owning a variety of businesses—bakery, butcher shop, grocery, etc.—all of them family-run. These early experiences laid the first bricks in a foundation of entrepreneurship on which to build their own business. And Mauricio, California-born to Salvadoran parents, was ready to put his energy into building something for his own family after 12 years of working in the construction industry.

At first, landlords and lenders expressed reluctance because of the young couple’s slim business experience, and none of the places they looked at seemed to fit their vision anyway. That all changed one day when Kim noticed a for-lease sign in a window on the northeast corner of 42nd St. and Cedar Ave. Peering inside, she knew right away that she had found their new restaurant. She and Mauricio felt an immediate rapport with the building owner and his business-partner mother, who were indispensable in helping the young couple lift their dream off the ground. 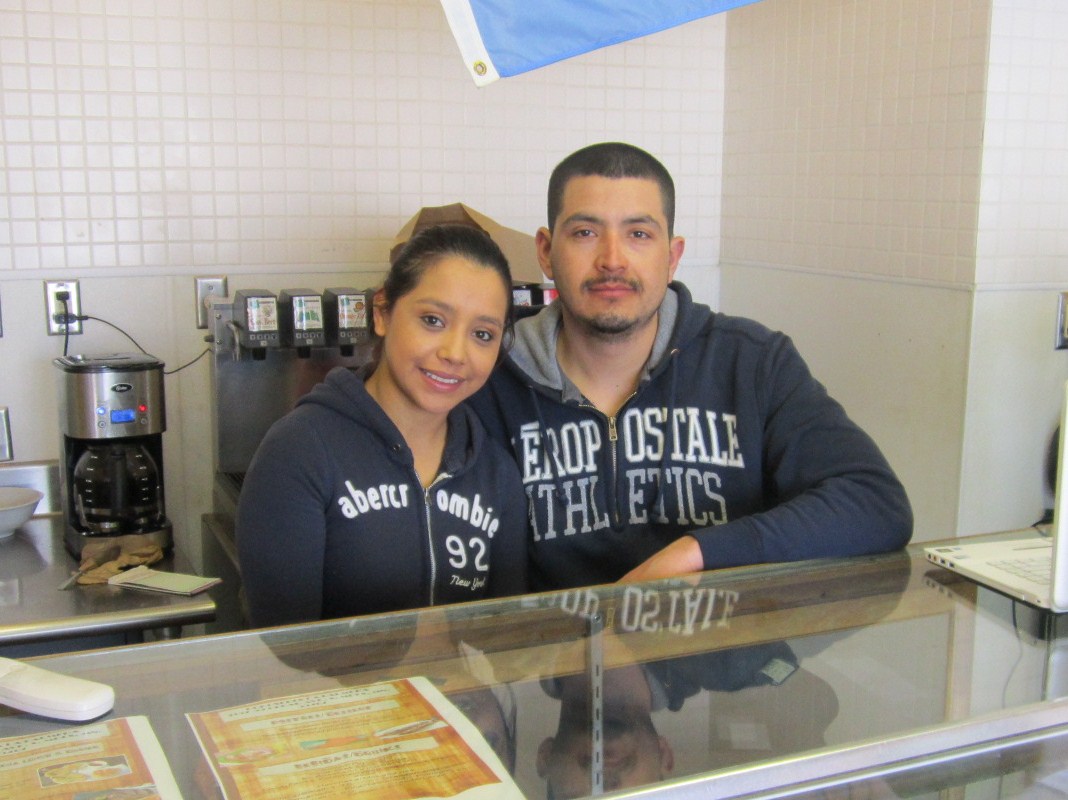 Kim and Mauricio Prieto in their restaurant.

But everyone knows that keeping a restaurant afloat takes hard work, especially through the first year. Fortunately, the Prietos have never believed otherwise, and they’ve been grateful for the tremendous support of family and friends as well as each and every customer. After all, La Palmera is a family restaurant in more than one sense. Mauricio’s mother was the original chef, cooking up a delicious menu of affordable traditional dishes from her native El Salvador, such as pupusas (thick corn masa pockets stuffed with a variety of fillings), along with Guatemalan specialties, such as Kim’s favorite dish from her own mother’s restaurant, pollo crema (tender chicken in a savory sour cream sauce). Recently, a close friend—close enough to be family, Kim says—has taken over as chef. Kim’s sister waits tables. That’s pretty much it for the staff besides Kim and Mauricio, unless you count their son, Isaiah, who loves to help out when he’s not in school, at least as much as a 7-year-old can.

Hard work and determination undoubtedly go a long way toward making a new business successful, but as the old adage goes, it takes money to make money, so Kim and Mauricio have taken turns working outside jobs in addition to running the restaurant. Mauricio just returned to construction work full-time during the day. Kim bid goodbye to the nanny position she’s held for five years in order to focus on La Palmera. They’re usually all there on the weekends, Isaiah included. Yes, running a restaurant is a lot of hard work, and the Prietos have had to make sacrifices. However, Kim says, “It doesn’t hurt, because it’s something we’re invested in. It’s something we’re building for our family, and for everyone. 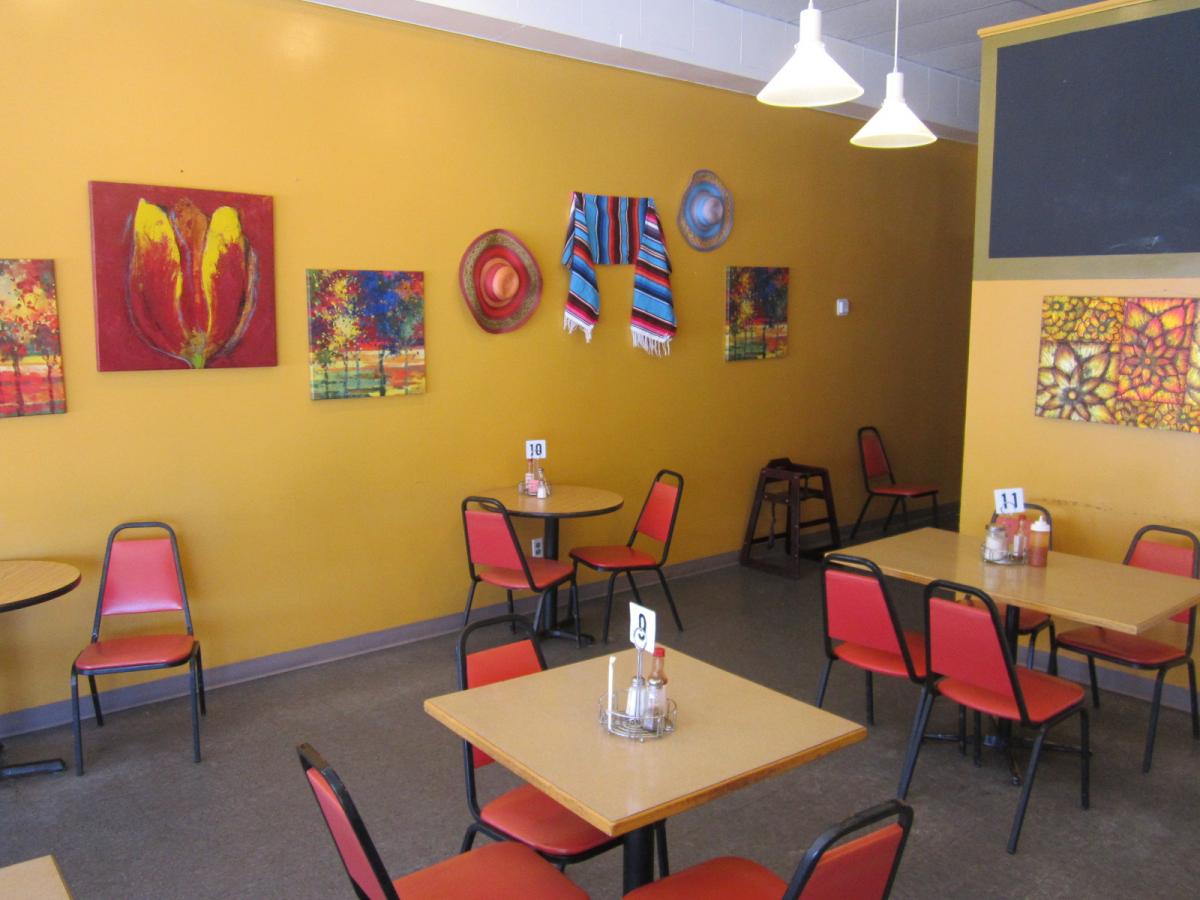 The bright and spacious restaurant.