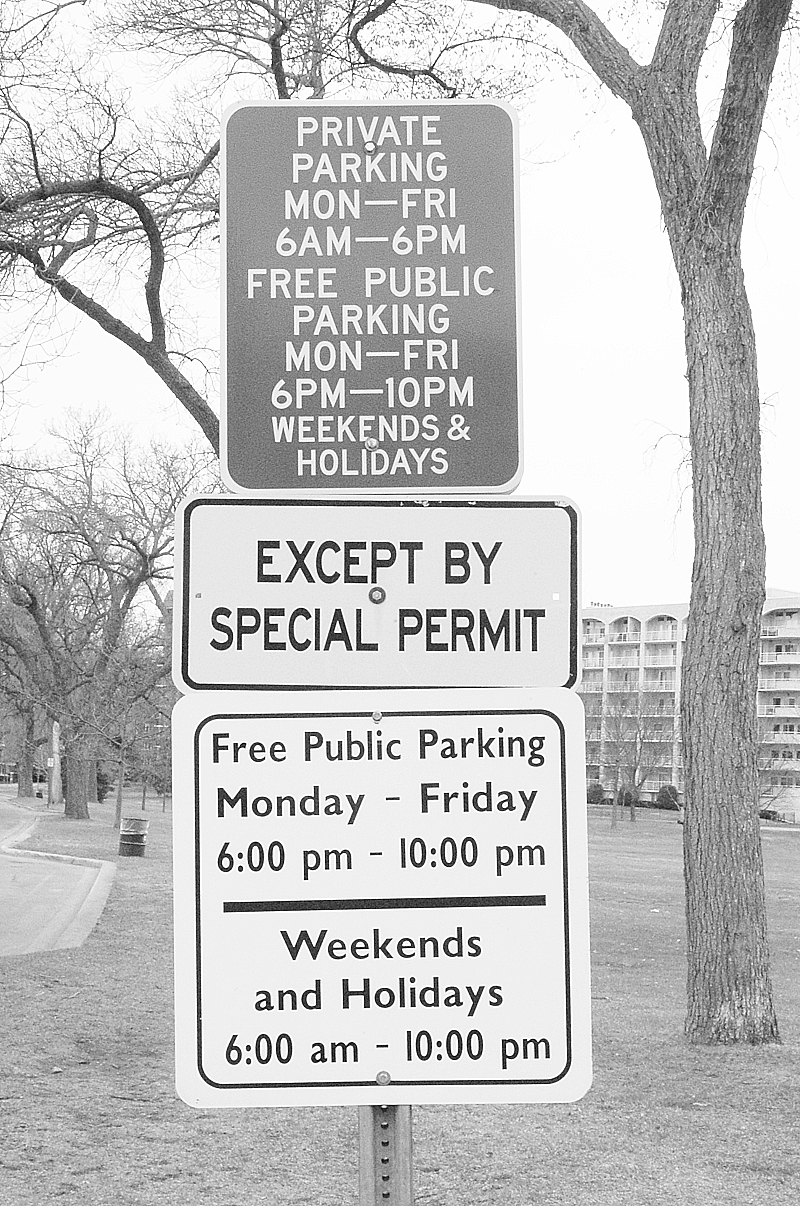 What counts as a beautiful sunny day on the shores of Lake Calhoun to most of the rest of us translates to a headache bordering on migraine for parking valet John Browning of the The Ackerberg Group at Lake Calhoun Center. Located at 3033 Excelsior Boulevard on the northwest corner of Lake Calhoun, the lot he manages has become a daily bubbling stew of emotions.
At issue is the misperception that the lot is free 24/7 public parking. In reality it’s a combination of both private, public parking and closed lot.

Private Parking Monday through Friday from 6 a.m. to 6 p.m. the lot is a private commercial lot only for businesses and their customers of the Lake Calhoun Center. Anyone else will be towed.

Public Parking Monday through Friday from 6 p.m. to 10 p.m., weekends and holidays the lot becomes a free public lot.

Closed Lot Every day from 10 p.m. to 6 a.m. the lot is closed to anyone per city code for safety and security reasons.

It appears simple enough and the 55 posted signs would make you think it would run smoothly. But according to Browning he regularly has to remind people not to park there who are not patrons of the building or they will be towed. Not only has he been cursed at, flipped the bird, spit on and had formal complaints filed against him, but he’s also had his life threatened. He admits that sometimes he just looks the other way when it all becomes too much.

That has motivated his boss, Stuart Ackerberg, to advise Browning to direct all future difficult individuals inside for building security to handle. Ackerberg says this is merely a work in progress. He’s not happy with the current situation and is actively seeking input for ways to clarify the issues so everyone can be happy.

He has considered installing gates but admits that would add a huge hassle factor. He has toyed with the idea of lot security which he believes may deter few violators. And he’s thought about more and bigger signs which may also help little and could become overtly ugly – especially adjacent to Minneapolis Park and Recreation Board (MPRB) property and the lake. Which leads to another reason for some misunderstanding.

According to county tax records, not only is most of the area surrounding the Lake Calhoun Center and its adjacent lot MPRB property but it turns out that the southwest corner of the lot is also park property. This, Browning mentions, has been brought to his attention from time to time from some disgruntled citizens.

But ever since Ackerberg has owned the lot through his company they’ve had a formal agreement on paper between them and the MPRB – confirmed by Stuart Ackerberg of the Lake Calhoun Center and Dawn Summers, Communications and Marketing Manager for MPRB. On the outside what looks like a loss of public parking is in actuality a shared agreement. Ackerberg leases the park section of the lot from MPRB for his daytime business needs. In return in the evenings and weekends the MPRB opens his section of private property up for free public parking.

Although the parking issues may get solved in the future the lot is unfortunately still plagued with one other issue, drive-throughs. Browning admits that there are enough speeders driving through his lot, to avoid busier arterials, to add to the hazardous nature of his occupation. And yes, there are already speed bumps. But these have failed to deter violators.

For now Browning still looks forward to the cloudy days.

Bruce Cochran is Assistant Editor, Art Director and in charge of Production for the Uptown Neighborhood News and lives in CARAG.