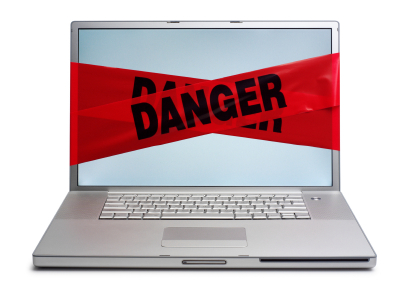 Establishing trust in law enforcement versus maintaining security and safety proved to be the resounding themes at a legislative listening session on gang databases, criminal intelligence data and criminal investigative data. The listening session was hosted by the SF2725 work group, which is a committee that the 2010 Minnesota Legislature formed to discuss issues and laws related to criminal intelligence databases and to make recommendations on proposed legislative changes.

Two gang databases are the primary focus of the work group: the Criminal Gang Investigative Data System (commonly referred to as the Gang Pointer File) and GangNet.

In January of this year, the Ramsey County Sheriff’s office agreed to adopt some changes to their policy of entering names into the GangNet database following meetings with the University of St. Thomas School of Law’s Community Justice Project (CJP). The changes included notifying parents of juveniles when they are entered into GangNet, and reducing the number of years that an individual can stay in the database if they don’t meet any new criteria.

The SF 2725 Workgroup has been meeting since September, and have taken a look at a number of proposals by members of the group and outside presenters. The group has discussed possible changes to the Minnesota Government Data Practices Act, which would make it possible for law enforcement agencies to keep information not only private, but secret.

The work group members included various people from different law enforcement agencies, the Bureau of Criminal Apprehension, and representatives from different civil groups such as the American Civil Liberties Union and the NAACP.  The work group will meet again on Thursday, December 9, from 9 a.m. to 3 p.m. to discuss the comments from the listening session.

While a couple of the presenters at the listening session praised the way law enforcement currently uses databases, many citizens who spoke at the meeting said that they felt the databases could sometimes cause more harm then good in that they mislabel people who are not in gangs and prevent youth from changing their life for the better if they are put on one of the lists early in life.

Judge Pam Alexander, president of the Council for Crime and Justice said her biggest concern is about keeping the records confidential, and the potential impact on communities of color, especially in regard to their mistrust of the system.  “Overall the system has treated communities of color poorly,” she said.  While she has devoted her career to justice in her work as a judge, she said the system only works if people have faith in it.  Witnesses for crimes won’t come forward if they don’t trust the system, she said.

Last year, the Council for Crime and Justice worked on a Juvenile Justice Bill, and Judge Alexander said that they found that there was a lack of uniformity in how data was used, and how records were kept.  “We want more transparency,” she said, “and records need to be audited and purged where appropriate.”

Echoing Judge Alexander’s call for a need for more trust, Jeff Martin from the NAACP, said that though he understands the need for intelligence gathering, the best law enforcement is true community.  “We gotta work on the trust issues,” he said. He said it was important to notify parents if their child is on a gang database.  Parental notification has to be part of any new system, he said.

Tina McNamara, from the St. Paul Police, spoke along with Steve Randall and Donnel Gibson from Youth in Transition, a program in Saint Paul.  While McNamara said that Gangnet helped find troubled youth to be a part of the program, Randall said that the group, which existed prior to involvement with the police, knew the kids who were in trouble without the use of the database.  Gangnet is problematic, according to Randall, because it hinders young people who have had some problems from moving on with their lives.  Some officers have a certain attitude about people who are on the list, often treating them “like scum,” according to Randall.

Gibson, who went through YIT program, said that he used to be homeless, but he is not a gang member.  “At the end of the day,” he said. “We need programs.  A lot of police can’t help—that’s the problem.  Kids run from the police.”

Damon Drake, from the Guardian Project, also works with troubled youth, and said one problem with gang databases is the misidentification of individuals as being gang members.  “I was identified as a gang member, and I’ve never been in a gang in my life,” he said.

Similarly, Melvin Carter from Save Our Sons, said that his concern with Gangnet is that it “casts too wide a net” that catches “the wrong people.”  People who are struggling to change their lives get strangled, he said.  The main tool that law enforcement has is trust, he said, and if you don’t have trust, than you just have military occupation, a police state.

Some of the presenters praised Minnesota’s database systems, and even called for more stringent systems.  Laurie Beyer-Kropuenske, from Minnesota’s Information Policy Analysis Division (IPAD), recommended that auditing of database systems be done by trained law enforcement officials, because she said “you want people being audited to trust the people doing the audits.”

Julie Barrows, who used to work for the BCA and who is also a sociology scholar with an emphasis on gangs, said Minnesota is “a step ahead” in its criminal database policies.  She also said that she didn’t believe individuals should be notified if they are in a database.  “While it seems unfair,” she said, “by instituting a notification process, there’s a potential of opening a whole can of worms. Would there be hearings before the court?  Would the individuals have a right to an attorney?” She also said that she didn’t include a community evaluation in her research.

Doug Reynolds, Director of Security for the Mall of America, said that prior to 2007, his office would submit all of their intelligence data to the BCA through the Bloomington Police.  However, he said as a result of a Data Practice request from an individual, the mall has ceased reporting information to the state.  “There’s too much risk,” he said, “if anyone can read the reports.”  The mall now reports to the feds only, and even keeps information from the Bloomington Police stationed at the mall.  Reynolds said that currently the mall uses its own database system, with the main criteria for tracking gang members as self-admission, in addition to checking for gang tattoos.

Hillary Caligiuria, from the Hennepin County Attorney’s office, gave her perpective as a prosecutor.  She said that membership on a gang database such as the Pointer File or Gangnet is not admissible in court, however, she said she has used Gangnet in tracking down evidence that she can use in cases.  Using Gangnet, she is able to find the law enforcement agency that would be able to testify that an individual belongs to a gang, which can prove motive in a case or help obtain a higher sentence, she said.  She thinks the limit that individuals can be kept on Gangnet should be increased back to 10 years.  She said in her practice she has used Gangnet, as opposed to the Pointer file, which has a lower threshold of criteria, and she said she thinks the threshold should be even lower, so that just one criterion would land an individual on the list.

Ice Demmings spoke about his experiences with Gangnet, saying that he was denied a permit to carry because he was on a gang database.  He was also denied acceptance in the National Guard. Chief Michael Goldstein from the work group said that his experiences may have related to his criminal history, as opposed to his presence on Gangnet.

Rich Neumeister, who has been a vocal opponent of gang databases, said the workgroup was “ignoring the big elephant in the room… you are wandering in the dark!”  An individual who has frequently utilized Minnesota’s Data Practice Act, he said there is a lack of information.  “We haven’t asked what’s out there,” he said, “what would you be legitimizing” in terms of making changes to the data practices act.

Melissa Hill, an activist and writer for TC Indymedia, said she was concerned about law enforcement gathering information about people at peaceful protests.  She said that at a recent protest in support of activists who were raided and subpoenaed for a grand jury, she saw Ramsey Count Sheriff’s Deputies taking pictures.  “There not enough protection of our civil liberties in these cases,” she said.