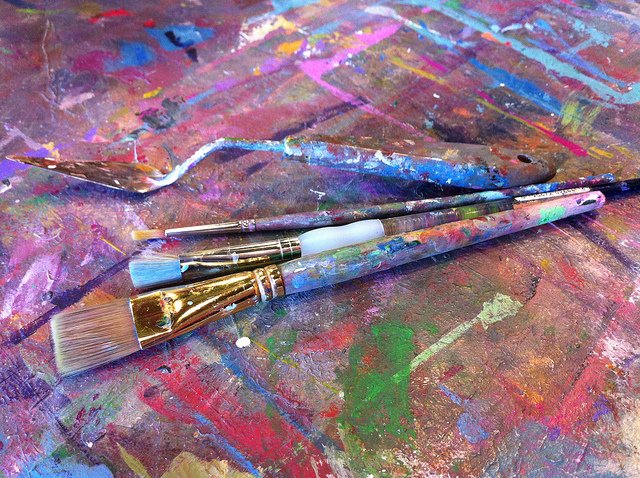 From her first day on the job, Mayor Betsy Hodges has made racial equity the guiding principal of her administration. A hopeful message, that commitment to racial equity held with it a promise of finally leveraging the disparity gaps that plague nearly every facet of our city. Given that brave commitment, Hodge’s intention to cut funding for public arts in next year’s budget is all the more baffling. Instead of embracing the power of art to address the disparities that make our city unequal, Hodges intends to cut public funding altogether for next year.

What she doesn’t say is that all of that “leftover” funding is committed to projects that for one reason or other have taken multiple years to complete, according to an article in the Star Tribune.

According to City Council Member Elizabeth Glidden, the timelines for these unfinished art projects aren’t given the same lens as other infrastructure projects that take multiple years. In some cases, the reason for the delays are because the sites for the art are in locations where the city doesn’t have the right of way. For example, for the Nicollet Avenue Reconstruction public art project, permission had to be sought by adjacent property owners. Yes, some of the projects have taken longer than hoped, Glidden says, and there are issues that need to be looked at. But does that mean we de-fund public art altogether? Wouldn’t another solution be to ensure that the projects have as much administrative support as they need? “There’s an issue of how one staff member gets stretched,” Glidden says, referring to the city’s public arts administrator Mary Altman. ‘Are we fully utilizing the multiple departments that touch these projects?”

One of projects still in the works is the John Biggers Seed Project, which is planned for a sound wall at Olson Memorial Highway and 94. The proposed project replaces a previous work of public art created by prominent African American artist John Biggers in 1996. The work was destroyed just 5 years after it was created by the city of Minneapolis to make way for the Heritage Park housing development.

The new project is a collaborative effort between the city and three different organizations, including Chicago Avenue Fire Arts Center, Obsidian Arts and UROC, led by nationally known African American artists Willis Bling Davis and Jon Onye Lockard plus the Twin Cities’ own Seitu Jones and Tacomba Aiken. The project also gives opportunities to many emerging and mid-career artists or color. It’s funded by both city money and a grant from the National Endowment for the Arts.

It was a short-sighted decision to tear down the original work of art, and it’s right for this project to now come into fruition. Not only does the project offer an amenity that so often goes to more affluent parts of the city, it facilitates an “attractive connection between the North Side and downtown”, according to the project’s website, making a much needed walkable route between the city’s center and North Minneapolis. It also addresses racial equity by distributing resources to not only local artists of color but organizations, such as Obsidian Arts, that serve and support artists of color.

Minneapolis needs more projects like this, not less. And we need to bring communities and artists of color to be part of the process. As Kristen Day notes in “Public Art and the Promotion of Racial Equity,” public art can be a tool for racial equity through strategies such as empowering oppressed groups, redistributing resources and provoking dialogue. It can also be a powerful tool of voice for underrepresented communities and communities of color.

The Creative City Making project is indeed an innovative idea that in its first stage contracted through numerous local artists, including artists of color through a partnership with Intermedia Arts. It has used tools of artmaking to explore community engagement and now that data collected is being used for research. It’s a valid endeavor but it’s not the same thing as traditional public art projects where permanent works of art are created as amenities for communities.

This isn’t to say that public art projects have always addressed or promoted racial equity. But the potential is certainly there to establish racial equity as a goal in the future. To do that requires not only engagement with underserved communities but also investment drawing from the knowledge that those communities have to offer.

Chaun Webster’s open letter of resignation to the Artists Support Workgroup that he joined briefly this year gives some insight into the problems of the lack of investment in artists in general but in artists of color in particular as resources for helping plan the city’s future.

In the letter, Webster, who owns Ancestry Books in North Minneapolis, writes that City Council Member Alondra Cano asked him to be a part of the work group as part of the Arts, Culture, and Creative Economy Road Map to explore ways that the city could better support local artists. Webster’s criticism lies in the fact that he not only wasn’t paid to attend meetings, he had to pay by way of transportation, childcare and taking off work, “not to mention the labor I am involved in as an artist/activist/intellectual at the table,” he wrote.

I believe that the call made for artists to participate, without pay, in any of several work groups is emblematic of the lack of interest that the City of Minneapolis has in investing in the arts and the creation of support systems for developing a creative economy. This was further emphasized upon learning that when the City of Minneapolis developed the last roadmap that ends in 2015, they paid upwards of $100,000 for an outside consultant. This is unacceptable. Though it was stated in the group that this is why artists such as myself were brought to the table, to identify these issues and make reforms, I am not interested in reform and believe that the ends have to pre-exist within the means. I am interested in communities of color and Indigenous communities building power. I am interested in equity, not just as language that has been conveniently thrown around as of late, but as a political practice with material implications for communities whose land, bodies, labor, and cultural production have been stolen.

Though Webster’s letter refers specifically refers to the Arts, Culture, and Creative Economy Road Map, it’s a helpful commentary on how the city approaches art in general. If we want to look toward addressing disparities, art can be a tool to critically engage in these kinds of issues. But communities of color need to be a part of the conversation about where these projects are implemented, who the artists involved will be and what the message of the art is saying.

If you haven’t had a chance, I implore people who are interested in the topic to read Pamela Espeland’s write-up of this issue in MinnPost as well as Tim Gihring’s excellent editorial on the topic.

As Espeland’s piece notes, the next public hearing will be at 6:05 on Wednesday, December 10th, in room 317 in City Hall. You can call your city council member before then, however.