Nearly 100 protesters, including a number of children and families, met up at the Hilton in Minneapolis on Monday for an emergency vigil and protest against the recently passed Arizona Law SB1070, which mandates local law enforcement to check proof of citizenship of anyone they suspect as being an undocumented immigrant. Eleven other states are considering passing similar legislation, according to an announcement about the protest by Robert Erickson on TC Indymedia.

The peaceful event occurred at the same time as a fundraising event at the Hilton for the Minnesota Family Council, which was allegedly attended by Republican politicians Mike Huckabee and Governor Tim Pawlenty. Organizers of the protest accuse Pawlenty of having a long track record of anti immigrant sentiment.

Organized by the Minnesota Immigrant Rights Action Coalition (MIRAc), The Service Employees International Union (SEIU), La Asamblea, Workers Interfaith Network, and FMLN-MN, the vigil/protest involved speakers and “stations of the immigrants” based on the Catholic “stations of the cross”. The first station represented the journey of the immigrants across the border into Arizona, and the second station symbolized immigrants struggles in Minnesota. Throughout the vigil, there was chanting of various slogans including Cesar Chavez’s catchphrase “Si se puede” and prayers. 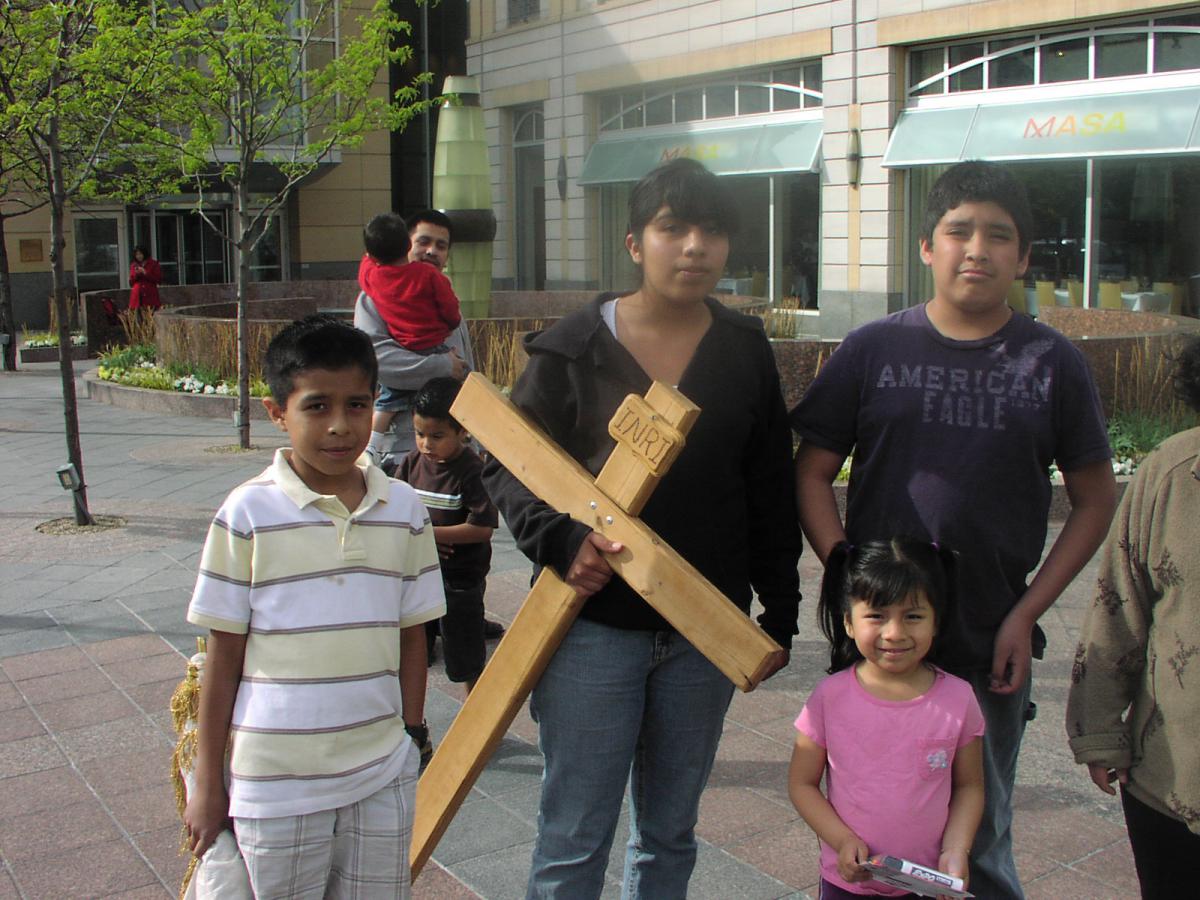 “Today we are here with the faith of god,” said Antonia Alvarez in Spanish with a translator as she spoke at the vigil. “With the faith that tells us to say ‘enough is enough’.” To a cheering crowd, Alvarez continued: “The time is now. Immigrants are present! We’re fighting today, and we’ll keep up the struggle. We’ll keep saying ‘no’. we’ll keep yelling and we’ll keep demanding justice.”

New America Media notes that law enforcement officials within Arizona are divided in their opinions of the new law:

Police unions such as the Phoenix Law Enforcement Association (PLEA) and nine elected sheriffs have voiced their support for the legislation, while the Arizona Association of Chiefs of Police (AACOP), which represents police departments in more than 80 cities, has come out against it.

“It will increase the risk that police officers, especially those who are untrained, will be placed in a situation where they will try to comply with the law and will be looking for characteristics to try to determine whether someone is here without authority,” Gascón said. “People who appear to be of Hispanic descent, who speak with an accent, are going to be targeted.”

Gascón also noted that the law will have a “disastrous” impact on community policing, because victims of crime will be afraid to call police if they, or anyone in their household, is undocumented, and will be afraid to be witnesses in criminal prosecutions.

Minneapolis has a city separation ordinance, passed in 2003, which says that city employees will not check on immigration status of individuals unless those individuals are charged with a crime.