On the eve of the US Senate vote on the American Jobs Act (AJA), October 10, 2011, a group of job supporters and job seekers held a vigil under the 10th Avenue bridge in Minneapolis, MN.

The structurally deficient bridge visibly needs work, standing in stark contrast to the rebuilt 35W bridge which runs parallel to it.

A MnFairEconomy spokesperson said, “The President’s plan creates jobs by fixing our crumbling roads and bridges that are desperately in need of repair. And in fact, the AJA will directly create 18,400 jobs in Minnesota. We’re calling on Congress to pass this bill and make corporations and CEOs pay their fair share.” 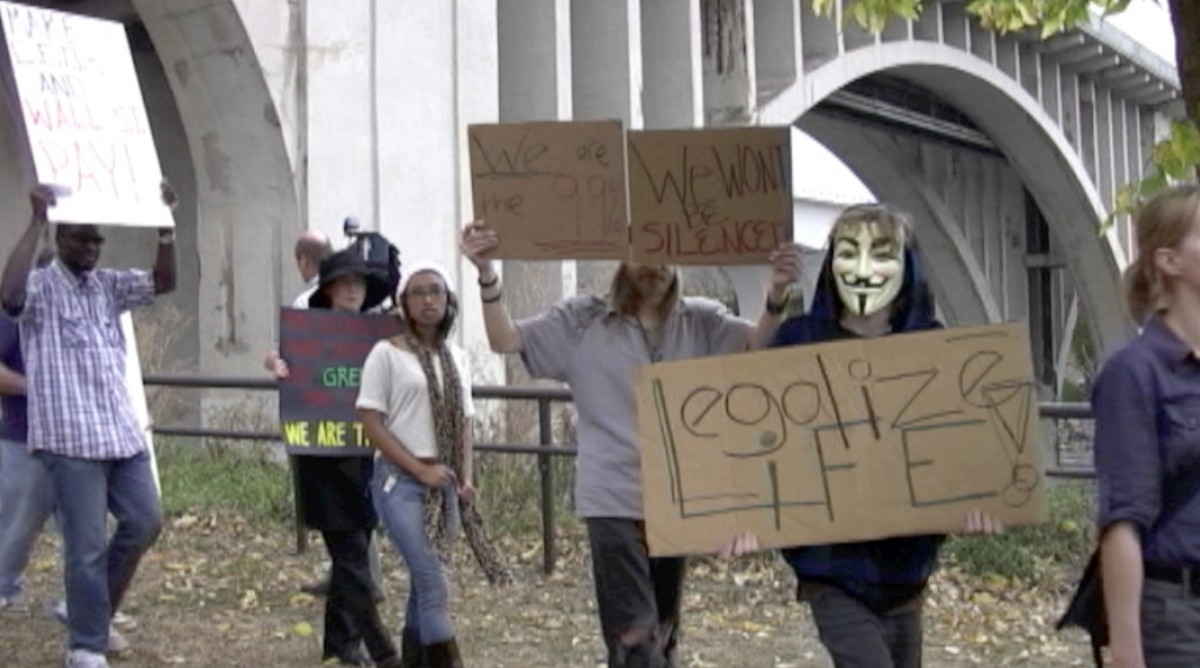